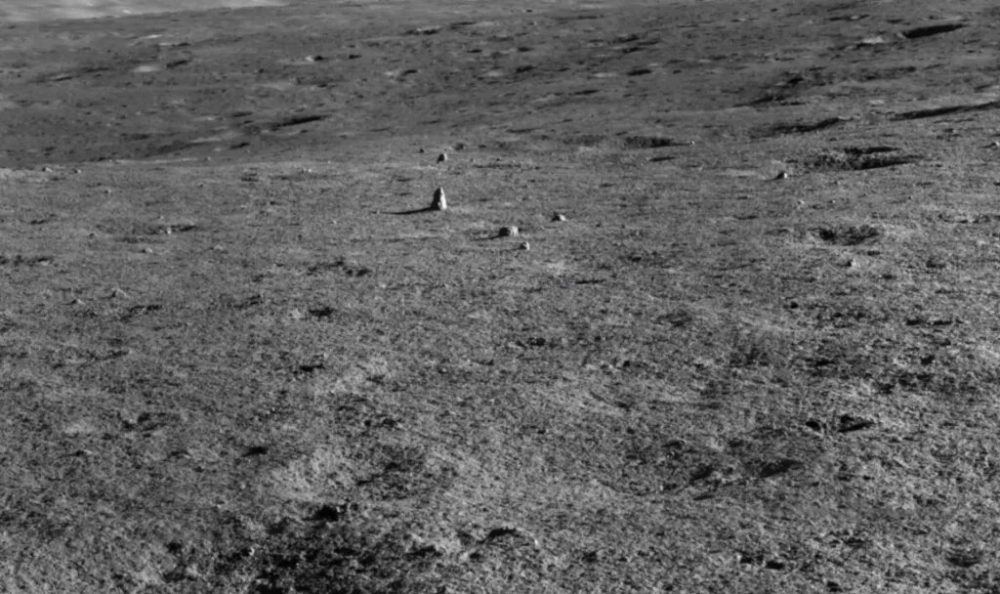 Further analysis from Yutu-2's instruments will confirm the origin of the unusual rock.

China’s Yutu-2 rover recently began its 27th lunar day on the far side of the Moon. Data from this round of exploration will be received in a few weeks but we are here to discuss the big discovery of the previous lunar day. The rover stumbled upon a rather unusual elongated rock, different from anything seen on the Moon in the past.

An elongated rock unlike anything else found on the Moon

While the find may not look like something fascinating to the untrained eye, it was enough for lunar scientists to plan an investigation. The rock has now been named a “milestone” and it has an unusual elongated shape.

We would have to wait for the subsequent VNIS research to understand the characteristics and perhaps the origin of the elongated rock but scientists have already come up with a plausible theory.

According to one of NASA’s leading scientists, this has to be a geologically young rock. This means that it most likely came out from a nearby impact crater.

The main question at hand is whether this elongated rock is of lunar origin or it was part of a meteorite that fell nearby. This discovery can serve as a reminder that the lunar surface is subject to constant changes as asteroids continue to fall.

In each case, this elongated rock is different from anything the Yutu-2 rover has seen before and researchers have every intention to analyze it. They have not specified when this will happen but I assume it should be during this lunar day or as late as the next one.

Yutu-2 is equipped with a special instrument called the “Visible and Near-Infrared Imaging Spectrometer (VNIS) which, in the past, has investigated other specimens of interest. We will have to wait and see what the material composition analysis will tell.

As for the Chang’e 4 mission, it has now spent over 2 years on the far side of the Moon. The mission was launched in 2018 but the lander and rover reached the surface on January 3, 2019.

The original design lifetime of the Yutu-2 rover suggested that the mission would end around April 2020 but despite the odds, the rover is still conquering new distances almost another year later. Before this latest lunar day began, the rover had covered a total of 628 meters in the Von Karman crater.

Until last December, it was China’s biggest success in astronautics. This changed with the subsequent Chang’e 5 return mission to the Moon. Its success marked the return of the first lunar samples since the Apollo Space Program.

Now, China is on the verge of an even bigger achievement. Several days ago, the Tianwen-1 orbiter successfully entered into Martian orbit. In about three months, China will attempt a soft landing at the largest impact basin on Mars – Utopia Plain, a well-known location from NASA’s old Viking 1 & 2 missions.

Furthermore, China has invested billions in its long-term lunar program and its next goal is to send a manned mission to our natural satellite.

The accumulated successes are sufficient proof of China’s intentions to become one of the leading powers in astronautics, and the best is yet to come. For now, our attention is set on the discoveries of Chang’e 4 and what the future analysis of the elongated rock on the Moon will tell us.