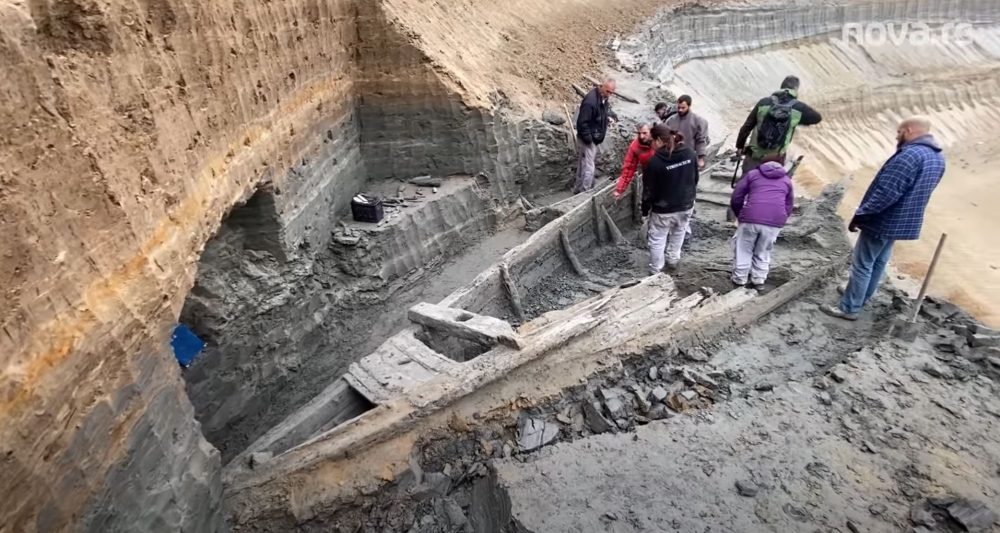 The largest of the three ships carried a crew of up to 35 sailors.

Researchers have revealed that coal miners in Serbia have recently unearthed an unexpected treasure beneath the surface: three ancient ships that were buried in the mud, the largest of which is a flat-bottomed vessel measuring fifteen meters in length. The best part? All three ships have peculiar characteristics suggesting the ancient ships were in fact Roman vessels. Experts have revealed that the ships may have remained buried beneath the surface for at least 1,300 years.

The ancient Roman vessels were found near the Kostolac surface mine, which is found not far from an ancient Roman city called Viminacium. The ancient city was a provincial metropolis and once served as the base for a squadron of Roman warships that controlled the Danube River.

In the distant past, at the time when the Roman Empire ruled over most of Southern Europe, the Danube flowers across the land that is not, more than 1,300 years later, occupied by a modern mine.

The three ancient vessels were found above a 15-meter- (49-foot-) deep layer of gravel, buried beneath seven meters (23 feet) of silt and clay. This is one of the key factors thanks to which the ships were preserved in excellent condition.

Speaking to Ars Technica, archaeologist Miomir Korac, director of the Archaeological Institute and head of the Viminacium Science Project explained how the largest ship was badly damaged by the miners as their mining equipment dug into the ground.

“The [largest] ship was seriously damaged by the mining equipment. Approximately 35 percent to 40 percent of the ship was damaged. But the archaeological team collected all the parts, and we should be able to reconstruct it almost in full.” With any luck, that reconstruction will help archaeologists understand when the three ships were built and how they came to rest in the riverbed,” Korac revealed.

The largest of the three ships was built having a large single deck eating at least six pairs of oars. It also had a triangular sail dubbed a lateen sail. A ship of this size would have easily carried a crew of up to 35 sailors. Before eventually sinking and being buried by gravel and mud, the ship is thought to have served the empire extensively.

Archaeologists have found traces of repairs to the hull, which indicate that the ship was used extensively and during longer periods.

Archaeologists have revealed that iron nails and other iron fittings that held the core of the ship together were discovered and were preserved in pristine condition thanks to the salt and clay that sealed the ship, protecting it from microbes, oxygen and other factors that could have contributed to its destruction.

Although experts estimate the ships to be around 1,300 years old, and the ship’s elements displaying typical Roman construction techniques, the experts revealed that the same shipbuilding techniques may also have been used in later Byzantine and seven medieval shipwrights, so further analysis is needed to understand the history of the shipwrecks.

Regrettably, with the Coronavirus pandemic currently spreading at an alarming rate around the globe, it will take much longer to obtain test results.

The archeological have already sent wood samples from preserved oak trees buried near the ships to a laboratory that will perform radiocarbon dating.

Despite the understandable uncertainties regarding the age of the ships, Archeologist Korac believes that the ships are of Roman origin. Furthermore, there aren’t any historical reports that mention any sports in existence in the region father the ancient Roman city Viminacium fell to invading forces.

In other words, if this is the case, then the three recently-excavated ships may provide experts with an unprecedented historical snapshot of either commerce or conflict during ancient Roman times.