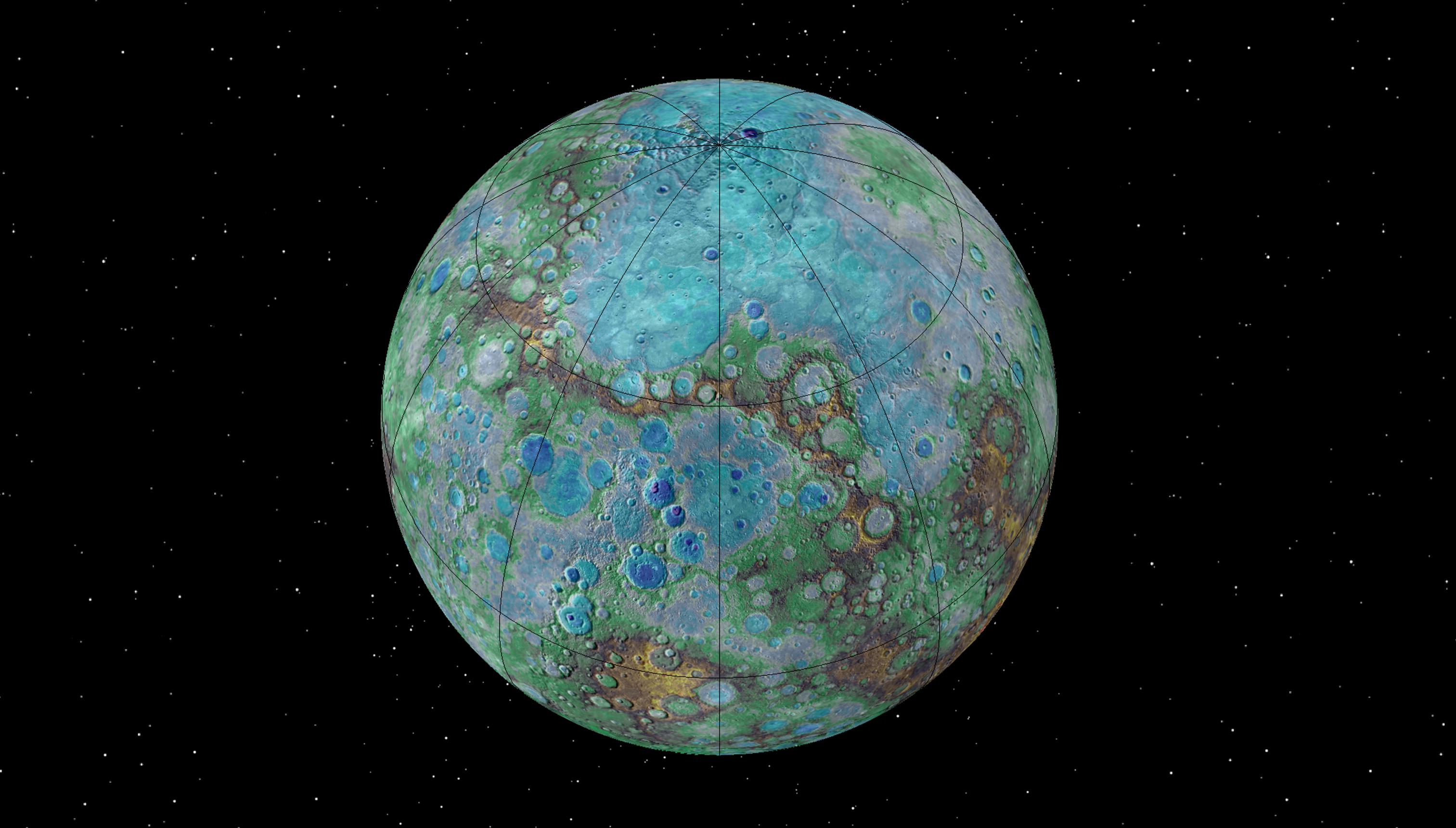 Scientists have refuted an old hypothesis from the 20th century that tried to explain the atmosphere of young Mercury.

The abundance of volatiles such as sodium and sulfur in Mercury’s crust cannot be explained by the model of extreme evaporation of the magma ocean on young Mercury. Instead, the planet’s peculiar composition is more likely related to the composition of the region of the protosolar nebula where it was formed.

This is the conclusion reached by planetary scientists who have built the most complete model of the joint evolution of the magmatic ocean and the primary atmosphere on young Mercury.

It is believed that oceans of magma played a key role in determining the initial properties and subsequent evolution and chemical differentiation of the terrestrial planets in the Solar System.

A rocky planet, whose mass is comparable to Mercury, could complete the accretion process, form an iron core, and ensure the complete solidification of its magma ocean in about 20 million years after the formation of the Solar System.

At the same time, during the cooling of the magma ocean, when the planet’s surface remains mostly molten, there is an active exchange of chemicals between the inner layers of the planet and its atmosphere and exosphere.

Model of extreme evaporation of magma on young Mercury

At the end of the last century, a hypothesis was put forward that the anomalously high bulk density of Mercury can be explained by the evaporation of the components of the magma ocean from its surface in the early stages of the planet’s existence, and the primary atmosphere should have evaporated slowly enough to remain in equilibrium with the magma ocean.

The existence of an ocean of magma on proto-Mercury is supported by the observation data of the MESSENGER probe, which detected an abundance of sodium and sulfur in the surface layer of the planet.

Assuming the composition of the atmosphere of young Mercury

A group of planetary scientists led by Noah Jäggi of the Physics Institute of the University of Bern has published the results of simulations of the joint evolution of the magma ocean and atmosphere on young Mercury.

The scientists used five different codes that take into account the composition of the planet, the exchange of energy and mass between the planet and the atmosphere, and the loss of matter from the exosphere due to plasma heating or photoionization.

The researchers concluded that for the originally large ocean of magma with the initial content of carbon and hydrogen comparable to that of the Earth, its lifetime could reach almost tenths of thousands of years. This ensured a loss of mass through the atmosphere (with an initial pressure of 5-12 bar) over a long period of time.

If young Mercury did not have an abundance of carbon and hydrogen, then it possessed a thin, short-lived atmosphere containing metals and metal oxides. In the upper layers of the atmosphere, which is rich in volatiles, H2  and CO prevailed, and in the second case – Na and SiO.

The rate of loss of matter by the exosphere of young Mercury due to photoevaporation is estimated at 106.6 – 109.6 kilograms per second. During the lifetime of the magma ocean, the planet would have lost 0.3 percent of its mass or less than 0.02 percent of the total reserves of H2O and Na.

Even the maximum losses of the most volatile elements Na and K are insignificant in relation to their total content in young Mercury. Thus, the sodium-rich crust of Mercury is incompatible with the model of an extremely large loss of matter at the stage of the magma ocean, and the peculiar composition of the planet is rather due to the composition of the region of the protosolar nebula where it was formed.