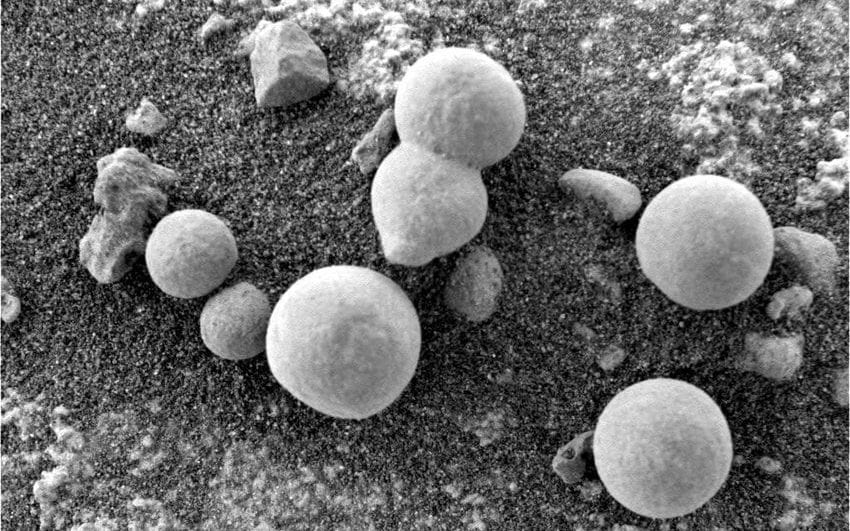 New controversial claims for the existence of life on Mars.

While we are waiting for the Perseverance rover to begin its search for ancient microbial life on Mars, researchers here on Earth have recently suggested that NASA’s previous missions have already discovered evidence in the form of fungus. Here is everything you need to know.

Is there fungus on Mars? – 10 things you should know

1. An American team of researchers has studied images of Mars taken by NASA’s previous rover missions – Opportunity and Curiosity, as well as others from the Mars Reconnaissance Orbiter.

2. They claim to have found fungus-like organisms similar to those in existence on Earth. They believe that those mushroom-like specimens grow from the Martian soil.

3. Even more, scientists claim that black mold fungus has appeared on the actual rovers and have provided images as evidence.

4. In some of the images from the Mars Reconnaissance Orbiter, the team claims to have found specimens that grew and disappeared over time, thus, changing location.

5. The shape of the fungus claimed by scientists resembles “puffballs”. You can see them in the featured image above.

6. The problem with this theory is that the white spheres have already been studied long ago and is well-known that they form from iron oxide compounds on the surface of Mars. They are commonly known as Martian “blueberries”.

7. Of course, these controversial claims have already been denied by renowned scientists and some have already expressed their negative opinion about Rhawn Gabriel Joseph, one of the scientists behind the study.

8. According to them, the team used inaccurate methodology and analysis that rehashes “ancient” arguments about the existence of fungus on Mars.

9. It is surprising how a study based on unscientific methodology has been accepted for publishing by a journal but “Advances in Microbiology” has in the past been caught in publishing articles that have not been properly peer-reviewed.

10. Scientists rarely dare to make such controversial claims and we can expect that their colleagues will take a good look at the study, and likely debunk their theories. For the most part, they provide some kind of scientific evidence that should not be ruled out but the chances that it is proven true are minimal.

Dr. Rhawn Gabriel Joseph is a scientist who is not afraid to make significant claims about life in space. Over the past few years, several of his papers have been rejected by journals and the scientific community. His only success in this field was a similar paper titled “Life on Venus and the interplanetary transfer of biota from Earth.”

To date, this remains his only work to be published in a legitimate journal. And in a similar fashion, it also suggested that there are organisms resembling fungi, but this time on Venus. As you can guess, the evidence provided in that previous paper also included mainly old images.

I believe that these new theories about the existence of fungus on Mars will soon be debunked although I genuinely hope that there is life on Mars. Unfortunately, there are decades worth of data that proves that Mars, as we see it today, is not habitable anymore.

The truth is that we need samples from the Red Planet for the right answers and this will likely take another decade or more. But searching for life in rover or orbiter images definitely sounds impossible and to be fair, unscientific.

You can see the recent study and all the images used for analysis here.