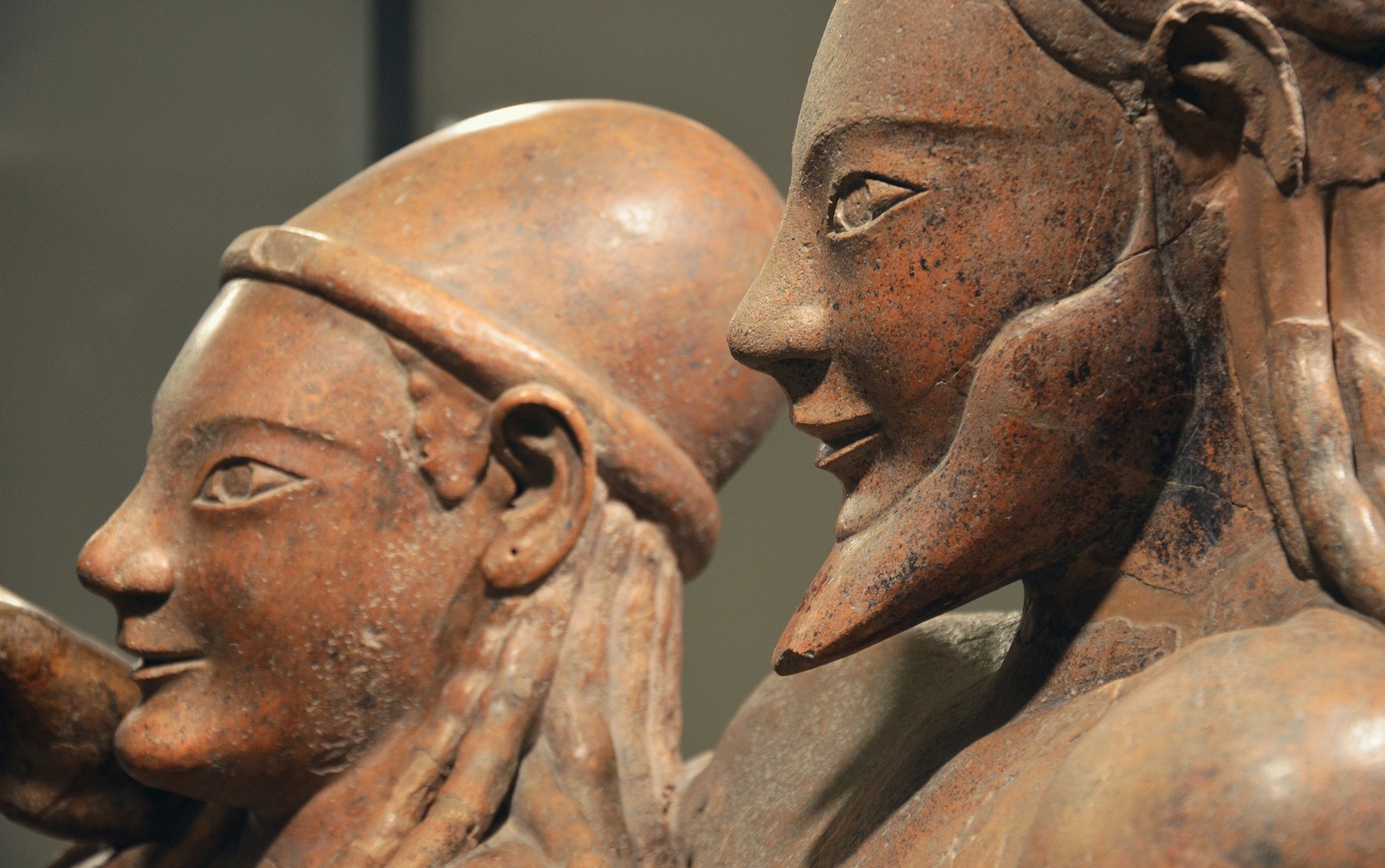 It turned out that, despite the different culture and isolated language, these people were genetically close to the Italians.

Paleogeneticists analyzed the DNA of 82 individuals from Etruria and Southern Italy, who lived between 800 BC and 1000 AD, and figured out the origin of the Etruscans. During the early Iron Age and the Roman Republic, the Etruscans remained genetically homogeneous until the influx of people from the Eastern Mediterranean began during the Roman Empire.

In the 1st millennium BC, the Etruscan culture developed on the territory of Central Italy. The oldest known inscriptions in Etruscan, which was a non-Indo-European isolated language, date back to the 8th century BC. The cities of this people, united by a common language and religious ideas, never formed a single state.

In the 7th – 5th centuries BC, the Etruscans established political and cultural leadership over a vast territory from the valley of the Po River to Magna Graecia. Only at the end of the 1st millennium BC, Roman expansion led to the decline of the Etruscan cities and the incorporation of Etruria in 27 BC into the Roman Empire.

Origin of the Etruscans: Version 1

The origin of the Etruscans remained controversial. Some researchers believe that this culture formed thanks to several waves of migration from the Eastern Mediterranean, Central Europe, and the Northern Black Sea region. This version, in particular, was pointed out by Herodotus.

Origin of the Etruscans: Version 2

According to another version, dating back to the historian Dionysius of Halicarnassus, the Etruscans were of autochthonous origin. In this case, archaeologists associate the people with the most ancient culture of the Late Bronze and Early Iron Age on the territory of Northern and Central Italy – Villanova (and proto-Villanova).

Cosimo Posth of the Max Planck Institute for the History of Mankind, together with an international team of scientists, conducted a genetic study to find out the origin of the Etruscans. To do this, the researchers sequenced the DNA of 70 individuals, whose remains were found at 12 archaeological sites in Etruria. Direct radiocarbon dates have recently been obtained for 46 samples, spanning nearly two millennia, from 800 BC to 1000 AD. In addition, scientists have isolated the genomes of 16 people from the 8th century AD, whose remains were found during excavations in Basilicata.

Scientists concluded that during the early stage, most of the studied individuals form a homogeneous genetic cluster, and the presence of people with ancestry from other regions was sporadic and did not leave a significant contribution. Contrary to the hypothesis that the Etruscans are related to migrants from the Middle East, their genetic profile turned out to be local, similar to other neighboring populations, such as the Latins, despite their cultural and linguistic differences. The Etruscans received a significant genetic contribution from the Bronze Age steppe inhabitants, which is typical for other European peoples and regions.

At an early stage, genetics discovered the rare presence of individuals associated with Central European populations of the Hallstatt culture (Proto-Celts). In the last four centuries BC, the number of non-native people increased. Scientists point to their origin from the Middle East and North Africa, which can be explained by the strengthening of ties between Etruria and other regions. The genetic homogeneity of the Etruscans has been observed for almost a millennium, which is consistent with historical data.

Changes during the Roman ages

A dramatic change took place during the Roman Empire when people with origins from the Eastern Mediterranean appeared in the region. This reflects the role of Rome in the large-scale movement of people. The genetic contribution to the Etruscan population was significant and amounted to about 50 percent. The Edict of Caracalla of 212, which granted Roman citizenship to the entire free population of the empire, only contributed to the mixing of the local and newcomers.

In the early Middle Ages, an influx of genes associated with Northern Europe was observed in the territories of former Etruria, which is explained by the appearance of the Lombards. Geneticists have established that the main gene pool of the modern population of Central and Southern Italy was largely formed about a thousand years ago.