The massive discovery has its beginnings six years ago when in June of 2014, Whittaker Schroder, a student at the University of Pennsylvania, was driving through Chiapas looking for places to start archaeological excavations.

Towards the end of his stay in this area of ​​southern Mexico, Schroder ran into a man selling carnitas—literally meaning “little meats.”. Carnitas is a dish of Mexican cuisine originating from the state of Michoacán. Carnitas are made by braising or simmering pork in oil or preferably lard until tender—on the side of the road that greeted him, so he decided to stop.

Far from wanting to sell carnitas to the “gringo,” the man wanted to explain to the archeologist that a friend of his had discovered a peculiar ancient stone tablet, telling Schroder that he ought to maybe take a look at it.

The next day, Schroder and another graduate student, Jeffrey Dobereiner of Harvard, met the seller’s friend, a rancher, and confirmed the tablet’s authenticity.

This is how they later contacted two experts on the subject, the associate professor of archaeology at Brandeis University Charles Golden, and bioarchaeologist Andrew Scherer of Brown University, to coordinate the steps to follow.

Check this:   Teotihuacan and its Ancient Pyramids are Home to an Extensive Underground World

The journey to finally excavate the site where the stone tablet was found was not easy. In fact, it took four years to negotiate permits to excavate on the property.

In Mexico, cultural heritage, such as that of Mayan sites are considered state property, so the rancher was concerned that his land would be confiscated by the government.

Golden and Scherer worked with him, and with government officials to ensure that this did not happen.

Excavating the capital of an ancient Maya Kingdom

Excavations at the site, called Lacanja Tzeltal, finally began in 2018, and to the surprise of archaeologists, they unearthed ruins of what was once thought to have been the capital of the kingdom of Sak Tz’i’, founded around 750 B.C. and inhabited for more than a millennium.

Archaeologists had been searching for the capital of the kingdom of Sak Tz’i’ since 1994 when references of the site were found in inscriptions in other Mayan excavation sites.

The capital of the kingdom of Sak Tz’i’ is also mentioned in sculptures housed in museums around the world. Sak Tz’i was not the most powerful kingdom of the Mayan kingdoms, and the remains that have been found are modest compared to Chichén Itzá or nearby Palenque.

Nonetheless, the discovery of its capital sheds valuable light on the knowledge of Mayan culture and politics.

Among the discoveries, which are now published in the Journal of Field Archeology, are several Mayan monuments, one of which has an important inscription describing rituals, battles, a mythical water snake, and the dance of a rain god.

The archeological mission also discovered the remnants of ancient pyramids, a royal palace, and a ball court.

Researchers are expected to continue mapping the ancient city using, among other tools, a technique called LiDAR with the use of a drone-mounted laser system to reveal architecture and topography, even under the dense jungle canopy.

The archeological discovery revealed, among other things, the day-to-day life of ancient Maya people more than 2,750 years ago.

People that lived in the city were tasked with harvesting a wide variety of crops and making pottery and stone tools. Golden and his colleagues have found the remains of what was probably the city market where these items were eventually sold.

The narrow ball court of the city was used for ceremonial games in which a solid rubber ball, which could weigh up to nine kilos, was carried from side to side by the players using their hips and shoulders. Inhabitants from all over the kingdom attended.

At the northeast end of the city are the ruins of a 45-foot-tall pyramid and various surrounding structures that served as elite residences and enclaves for religious rituals.

So far, dozens of structures have been found among the ruins of the site, despite the fact that many have been damaged by looters and have deteriorated due to a millennium of rains, forest fires, and the advance of lush vegetation.

The best-preserved artifact of the site is a 0.6 x 1.2-meter tablet. Its inscriptions tell stories about a mythical aquatic snake, described in a poetic couplet as “bright sky, bright earth,”; stone gods whose names are not mentioned, and the lives of dynastic rulers.

Check this:   Here Are 15 Things You Should Know About the Largest Pyramid on Earth
Get our content delivered to your email. Don't worry, we don't send spam.
You Might Like This

7 Things You Should Know About Camazotz, the Ancient Maya Bat Man God Worshipped 2,500 Years Ago 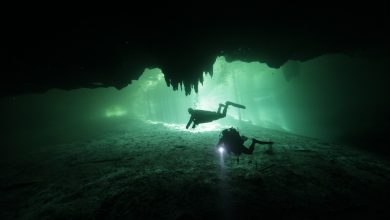 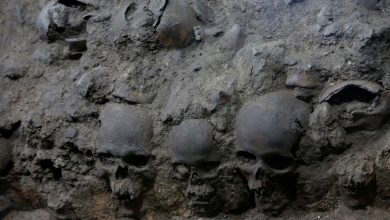 Unwritten Mystery: 3 Things You Should Know About the Terrifying Ancient Aztec Skull Tower 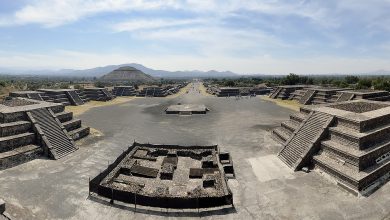 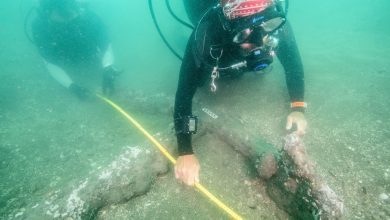 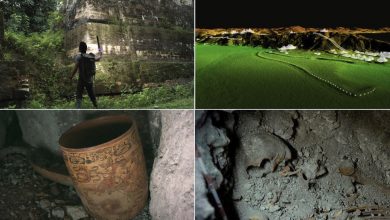