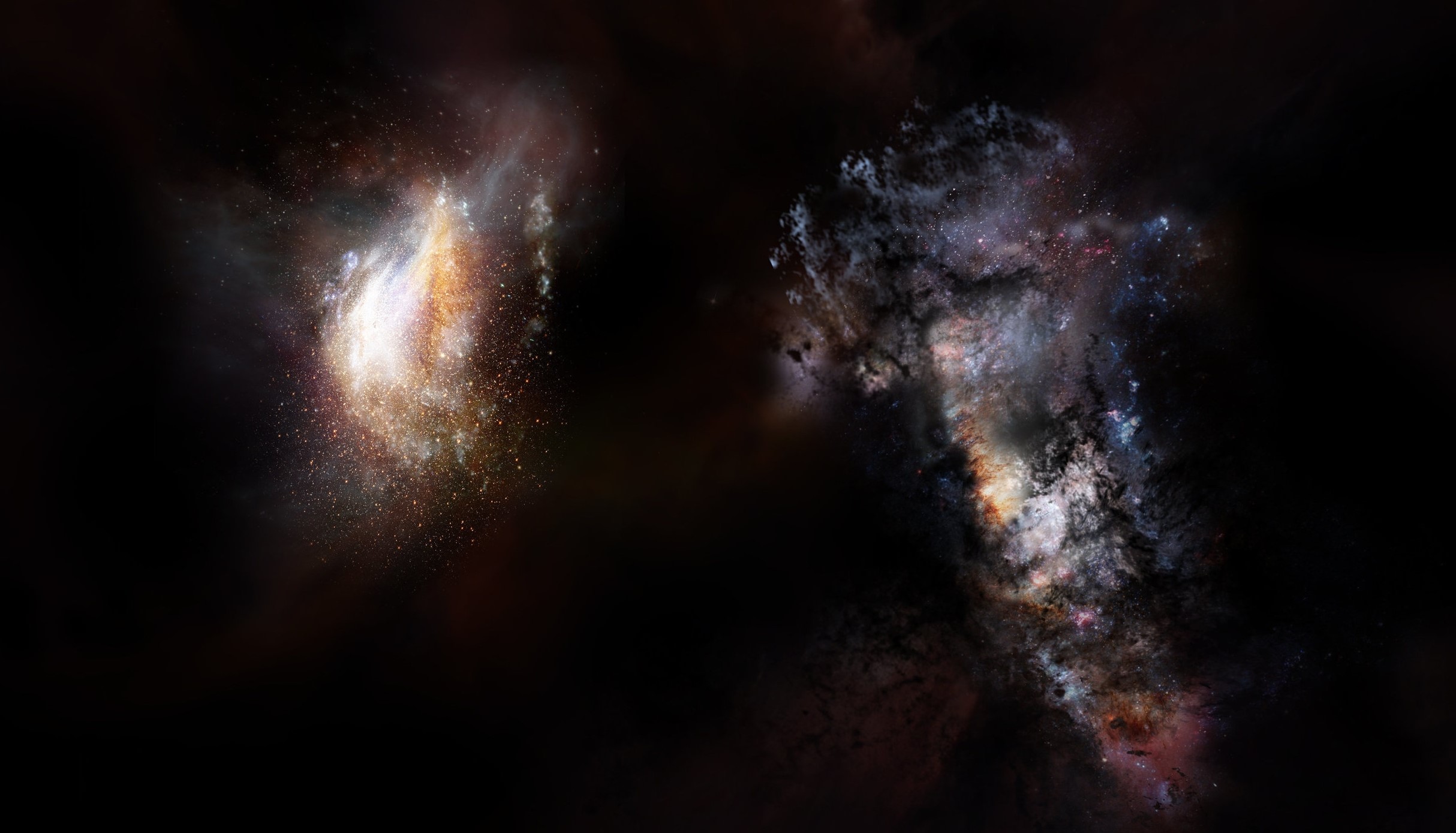 Knowing how important water is for life on Earth, it could have an equally significant role in the origin and existence of life in remote regions of the universe.

While observing the distant massive galaxy SPT0311-58, astronomers found signs of the presence of water and carbon monoxide. This galaxy is known as the most massive one in the early Universe. The discovery proves that water can exist on the other side of the universe in the same way it exists here on Earth.

“Distant” is a weak word when referring to the SPT0311-58 galaxy. It is located approximately 12,88 billion light-years from Earth. Given that the universe’s light-year radius has been estimated at 46.5 billion, this distance is significant.

It should be noted that SPT0311-58 is not a typical galaxy. It consists of two combined galaxies that surprisingly have different characteristics. For instance, researchers found water and carbon monoxide molecules only in the larger one of the two.

This discovery marks the furthest water has ever been found in the universe and gives scientists new opportunities to study the early universe. The astronomers recall that water is the third largest molecule in the universe after molecular hydrogen and carbon monoxide. Studying early galaxies is helping scientists better understand how the universe was born and evolved, including our solar system and Earth.

The SPT0311-58 galaxy formed when the universe was only 780 million years old. It was at that time that the first stars and galaxies were just emerging. Scientists note that both galaxies within SPT0311-58 have more gas and dust than other ancient galaxies. Further studies could reveal more unknown details about the development processes of the early universe.

For instance, here is a curious process – ultraviolet radiation from stars gets absorbed by dust. Then, it is re-emitted out as far-infrared protons. This is a correlation that can be used in star formation studies and applied to galaxies on a cosmological scale.

It is known that ancient galaxies from the early Universe have more active star-forming regions and thus, form stars faster than the Milky Way, for example. Especially in the case of the SPT0311-58 galaxy, scientists have a lot more questions that need answers. For example, how do the two galaxies interact, and how does it influence star formation?

Significance of the latest results

Finding signs of water and carbon in this distant galaxy is an exciting and intriguing milestone for astronomers. It proves that water can exist practically anywhere in the universe. Knowing how important it is for life on Earth, it could be equally as significant for the origin and existence of life in remote regions of the universe.