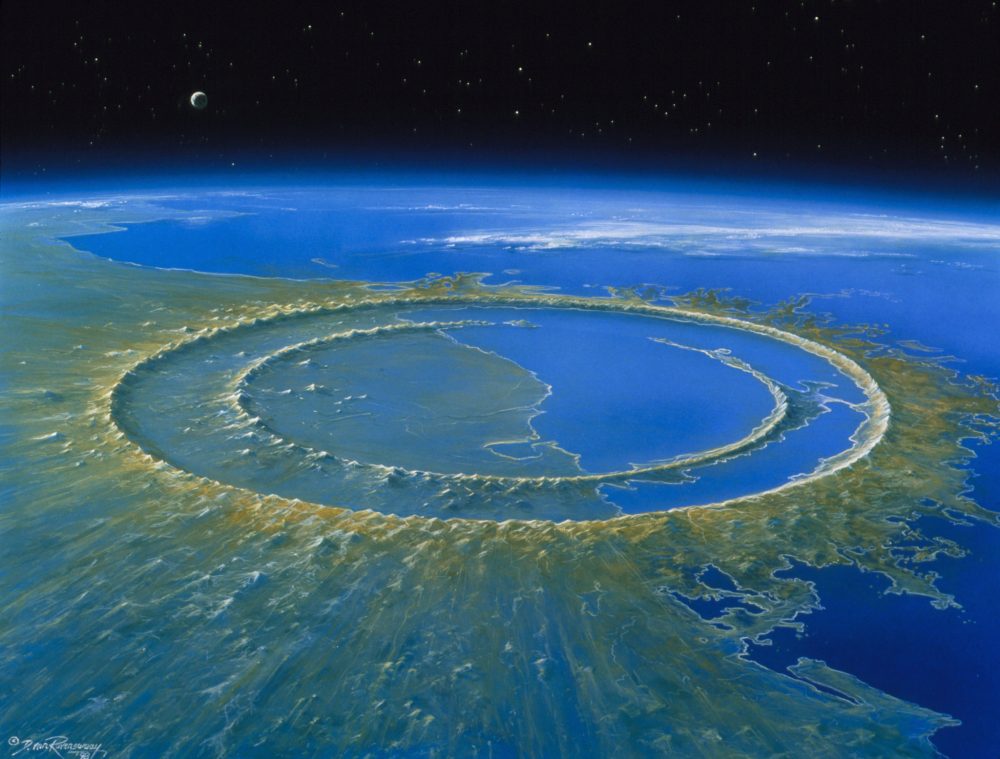 The collision not only led to the extinction of the dinosaurs but also completely changed the rainforests of the Amazon.

The collision of the dinosaur-killing asteroid millions of years ago not only ended the dinosaurs but also revived the Amazon forests. According to American scientists, the conifers and ferns that once covered these lands were replaced by broadleaf and legumes, forming the type of forests that are familiar to us today.

Scientists also emphasize that human activities can lead to changes in forests on a scale comparable to those caused by the asteroid.

The collision of an asteroid with the Earth 66 million years ago not only led to the extinction of the dinosaurs but also completely changed the rainforests of the Amazon. This was found by experts at the Smithsonian Institute after an extensive study in Columbia.

66 million years ago, the great mass extinction began, which led to the extinction of non-avian dinosaurs and many other animals. According to the prevailing point of view today, the cause of the extinction was the fall of an asteroid with a diameter of about 10 km in the area of ​​the modern Yucatan Peninsula in Mexico.

From the impact, a huge amount of dust, carbon dioxide, and sulfur compounds rose into the air. The impact provoked a tsunami, and a high-temperature shock wave that passed over the Earth’s surface led to forest fires around the world.

The emissions of soot and carbon monoxide have led to climate changes similar to the nuclear winter. The air temperature dropped, plant growth slowed, phytoplankton disappeared.

The existing ecosystems collapsed and dinosaurs went extinct but the event spurred the evolution of birds and mammals.

Scientists previously knew that the fall of the asteroid affected the forests, especially those that were near the crater (for example, the forests of New Zealand remained almost unchanged), but no one checked what happened to the forests in the Amazon.

Trees are almost never completely preserved in fossils, so scientists had to work with fossilized leaves and pollen, which are much more common. The study stretched out for almost 12 years.

The authors of the work searched 53 locations throughout Colombia in search of fossils that appeared just before the asteroid fell and within 10 million years after. In total, they collected about 50 thousand particles of pollen and 6,000 leaves.

In their analysis, the scientists proceeded from the fact that leaves that received more light have a higher density of veins, and they also contain more isotope carbon-13.

It turned out that before the fall of the dinosaur-killing asteroid, there were many conifers and ferns in the forests of South America. The formation of forests was apparently influenced by dinosaurs eating up vegetation. However, soon after the fall, the forests suffered from fires and ecosystem changes – almost half of the plants on the continent disappeared.

After 6 million years, the forests returned to their former diversity, but their composition has completely changed.

Legumes appeared in abundance, which formed symbiotic bonds with bacteria capable of fixing nitrogen from the air – this made it possible to enrich the soil with nutrients. The influx of nitrogen, as well as phosphorus from the ash, allowed the development of flowering plant species, displacing conifers. Flowering plants competed for sunlight, forming broad leaves and spreading crowns, creating the Amazon rainforest that we know today.

We need to protect the rainforests

Today, human activities are leading to the rapid destruction of rainforests around the world, the researchers note. The influence of the anthropogenic factor may turn out to be as strong as the fall of the dinosaur-killing asteroid.

Modern rainforests are an integral part of life on Earth, remind the authors of the work. In particular, the forests of the Amazon play a crucial role in regulating the freshwater cycle and influence the climate around the planet, but they have not received enough attention in research.

The study proves that the asteroid caused a complete global change in neotropical ecosystems. It spurred a completely different path of evolution and development which is why the rainforests appeared over time.

The tropics are a living evolutionary legacy. They are essential for the life of people and millions of other living beings. The researchers hope the work will draw attention to how important it is for humankind to conserve rainforests.