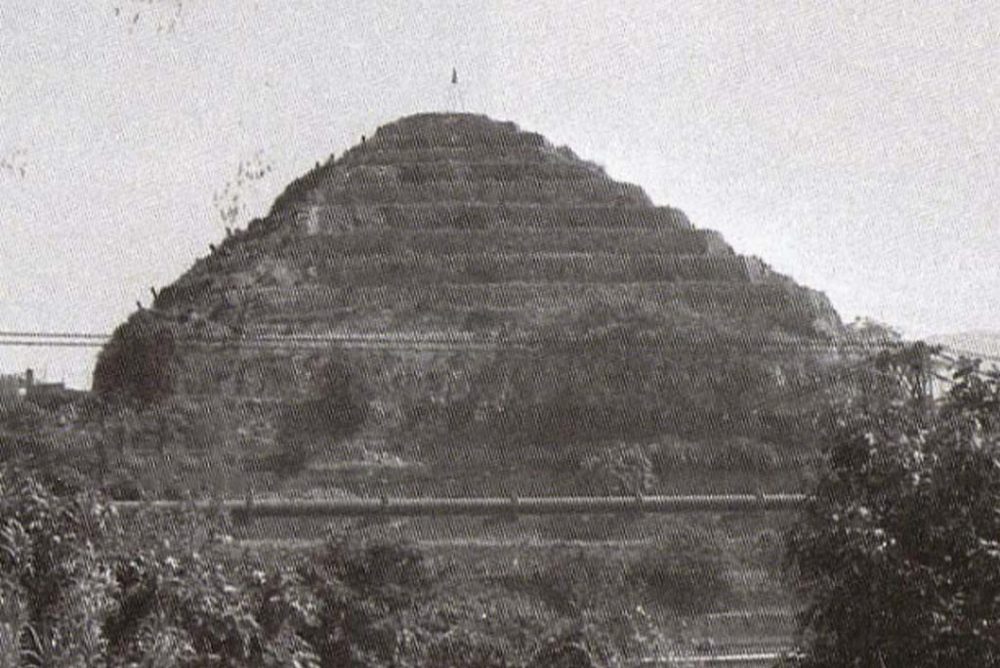 Reports suggest it was the oldest pyramid in Europe, built between 4,000 and 3,500 BC. The Pyramid rose to a height of over 50 meters. It was destroyed more than half a century ago to make way for a highway.

I love Pyramids. Not just because they are ancient, and were old already to Pharaohs such as King Tut, but because there are thousands of pyramids spread across the globe. Yes, the most famous pyramids are those of Egypt, thought to have been built starting around 4,700 years ago, when King Djoser commissioned—and envisioned—the first Step Pyramid made of stone.

But even before Djoser’s majestic Saqqara pyramid complex, ancient civilizations built stunning pyramids. One of the oldest pyramid examples can be traced back to South America, present-day Brazil.

Archaeological excavations have revealed that thousands of years ago, around 3,000 BC, an ancient civilization constructed large pyramids made of Earthen materials. The Brazilian pyramids are considered the oldest on Earth.

However, unlike their Egyptian counterparts, which were built of stone and stronger materials, the Brazilian pyramids were mostly built out of seashells and served as temples or gathering centers in ancient times.

Generations later, after the Brazilian pyramids, other ancient cultures across south America also started building pyramids. The ancient city-state of Caral and its majestic pyramids are other examples of early pyramid development in history.

Eventually, the pyramidomania spread across the globe, and different civilizations constructed striking pyramids. The largest on Earth is located in present-day Mexico, in the city of Cholula. With a total volume at over 4.45 million cubic meters, the Great Pyramid of Cholula is nearly twice as late as the Great Pyramid of Giza, which has an estimated total volume of around 2.5 million cubic meters.

Great Pyramids were built in the Americas. Another stunning example is the ancient city of Teotihuacan and its three pyramids; the Pyramid of the Sun, the Pyramid of the Moon, and the temple of Quetzalcoatl, the feathered serpent deity.

But Europe has them too.

Although many people may be aware of the Greek pyramids, there are pyramids in France. Or at least there were pyramids there.

Images of what seemed to be a massive stepped pyramid near Saint Andre have been circulating on the internet for quite some time now.

Reports of the Pyramid are scarce, and the little information that is available on the internet has been morphed throughout the years, changing from one publication to the other.

Nonetheless, we can say that the French Pyramid of Saint Andre, if real, was a stunning example of pyramid building techniques in Europe, comparable in design to some of the most impressive pyramids erected in America or Africa.

The Pyramid is said to have stood more than 50 meters in height, with a base of around 200 meters. Located northeast of the city of Nice, reports suggest the Pyramid dates back to around 4,000 BC, which would make it one of the oldest pyramids on the surface of the planet, predating the Egyptian counterparts by more than one thousand years.

Despite its historical and archaeological importance, the Pyramid was completely destroyed in 1970, to make way for a highway, it has been reported by the limited sources that make reference to the structure.

The dating method must have come from somewhere, which means that someone must have studied the structure before it was destroyed.

Luckily, small bits of information are hidden on the internet. Perhaps not easily found, they exist nonetheless. One of the best sources I could find about the Pyramid comes from a website called www.eco-spirituality.org, which offers insightful information about the structure.

The Pyramid of Saint-André, north-east of the city of Nice on the French Riviera, can be considered one of the largest pyramids found on the European continent. Constructed with the use of several steps of dry stones, the Pyramid once stood more than 50 meters high, and each side was approximately about 200 meters long.

It bears a clear similarity to other European pyramids, such as the Pyramid of Barnenez in Brittany and those of Güímar on the Canary Island of Tenerife. Although its exact construction date is shrouded in mystery, it is usually acknowledged that the Pyramid was constructed between 4000-3500 BC.

This, according to Exo Spirituality, coincides with the era in which the Pelasgians, also called “peoples of the sea,” settled in Europe abandoning their fertile lands in the basin of the present Black Sea, which was gradually invaded by the waters of the Mediterranean.

The Pyramid of Saint-André constitutes an important historical testimony of the European civilization that lived on the continent before the appearance of the Roman Empire and Christianity.

However, despite its importance, in the late 1970s, the Pyramid was completely demolished to make way for a motorway junction east of the city of Nice.

The alleged photographs were taken by scrupulous observers just before it was demolished bear witness to its imposing size.

Authors of the 20th century, such as Bonaventure Salvetti, Roger Cheneveau, and Henri Broch, as well as images of the Pyramid before its destruction bear testimony of its existence. 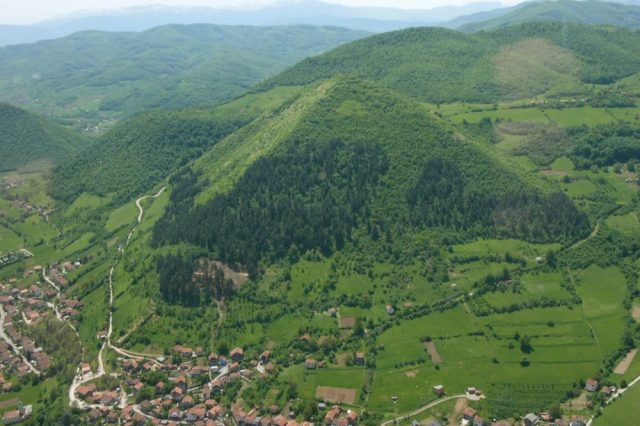