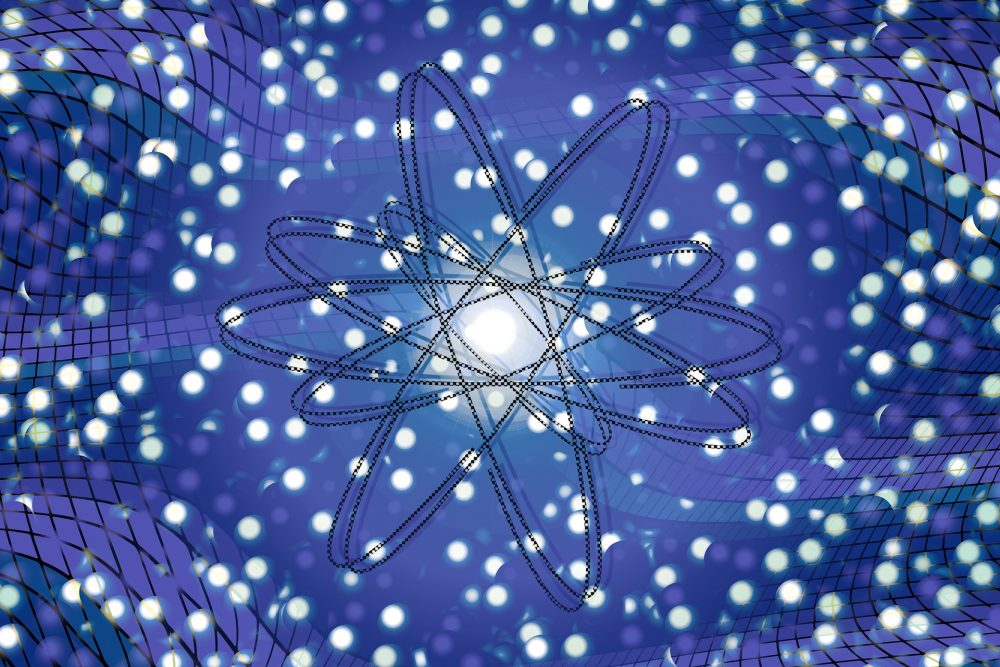 Ancient Greek philosophers had theories about almost everything known.

Would you be able to guess the origin of the word “atom”? The right answer is ancient Greek. Translated in English, it means “indivisible”.

It is believed that the first idea that smooth and continuous matter actually consists of a great many of the smallest and therefore invisible particles (atoms) was put forward by the ancient Greek philosopher Democritus.

However, we know practically nothing about the life of Democritus, and the original works of this thinker have not survived to this day. Therefore, the ideas of Democritus have become known mainly by quotations from his works, which we find in other authors, primarily in Aristotle.

How did Democritus predict the atom?

Sooner or later, he argued (based, like all ancient Greek thinkers, primarily on philosophical considerations), we will get a particle so small that it cannot be further divided into two. This will be the indivisible atom of matter.

According to the ideas of Democritus, atoms were eternal, unchanging, and indivisible. Changes in the universe occurred solely due to changes in the bonds between atoms, but not in themselves. Thus, he subtly bypassed the long-standing dispute of ancient Greek philosophers about whether the very essence of the visible world is subject to change or all changes in it are purely external.

Today only the word “atom” itself has survived from Democritus’ ideas about the atom. We now know that the atom is made up of more fundamental particles. It is clear that there is little in common between ancient Greek theory and modern scientific research: the ideas of Democritus were not based on any observations or practical experiments. Democritus, like all philosophers of antiquity, simply reasoned and made speculative conclusions regarding the nature of the world.

Nevertheless, the works of Democritus did not go unrecognized in the modern world.

The last Greek 10 drachma coin (now withdrawn from circulation and replaced by the euro) depicts a portrait of Democritus on the obverse, and a schematic model of the atom on the reverse.

Democritus was called “the laughing philosopher” (it seems that he had a sense of humor unusual for other ancient philosophers). Is this why the coin commemorating his memory depicts the atom of lithium, a chemical element that is now widely used to treat depression?

Evolution of the atomic theories

The idea of ​​the atomic structure of matter remained a purely philosophical construction until the beginning of the 19th century when the foundations of chemistry as a science were formed. Chemists were the first to discover that many substances in the process of reactions break down into simpler components.

By the beginning of the 19th century, about 30 chemical elements were known (at the time of this writing, more than 110 of them were discovered, including those artificially obtained in laboratory conditions; see Periodic table).

In addition, it was found that in the process of chemical reactions, the quantitative ratio of substances participating in this reaction does not change. So, to obtain water, eight mass fractions of oxygen and one fraction of hydrogen are invariably taken.

The first to offer a meaningful interpretation of these facts was John Dalton, whose name is immortalized in Dalton’s Law, which he discovered. In his chemical experiments, he investigated the behavior of gases, but his range of interests was not limited to this. In 1808 he began to publish his fundamental two-volume work “A New System of Chemical Philosophy”, which radically influenced the further development of chemistry.

In this work, Dalton suggested that it is possible to comprehend and interpret the latest achievements of experimental chemistry only by accepting that each chemical element in these experiments corresponds to a unique atom for it and that it is the mixing and combination of these atoms in various proportions that lead to the formation of chemicals observed in nature.

For example, water, according to Dalton, consists of a combination of two hydrogen atoms and one oxygen atom (the well-known formula H2O). The fact that all atoms of the same kind are indistinguishable from each other successfully explained why, in chemical reactions, they are always found in constant proportions.

So, in the case of water, two hydrogen atoms are always the same, wherever we take this water and are always in the same bond with a single oxygen atom.

For Dalton, as for Democritus, the atoms remained indivisible. In Dalton’s drafts and books, we find drawings where atoms are represented in the form of balls. However, the basic premise of his work – that each chemical element corresponds to a special type of atom – formed the basis of all modern chemistry.

This fact remains immutable even now when we know that each atom itself is a complex structure and consists of a heavy, positively charged nucleus and light, negatively charged electrons orbiting the nucleus.

It is enough to turn to the complexities of quantum mechanics to understand that the concept of the atom has not exhausted itself even in the 21st century. Not bad, however, for an idea that originated in philosophical controversy almost 2,500 years ago!