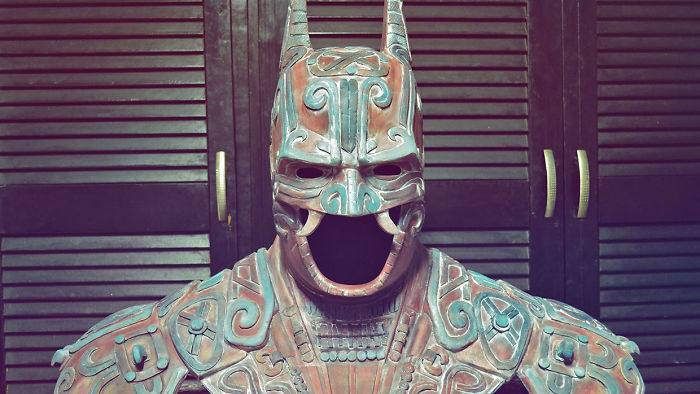 This year DC comics commemorate Batman's 80th anniversary. Five years ago, a Mexican Design studio commemorated Batman producing a unique example of an ancient Maya god that was half man half bat. The Ancient Batman god.

Around five years ago, Warner Bros Entertainment, with the support of the Mexican Museum of Design invited some 30 artists to participate in an exhibition called “Batman through Mexican Creativity”. It was a project aimed at the development and intervention of fiberglass sculptures of the mythical character commemorating Batman’s 75th anniversary then.

The bat god of the Mayan culture Camazotz is associated with the night and the underworld and was the starting point for the piece that Mexican artist Christian Pacheco, owner of the ‘Kimbal‘ design agency in Yucatan would eventually create.

In fact, it was his examples that stood out the most.

With his piece, Pacheco reminded everyone, that DC Comics was not the first to actually have their very own Batman. Thousands of years ago, the ancient Maya had stories of god that was half human half bat.

Pacheco’s design gave a heads up to many people that the very first ‘bat’ man can be traced back to the ancient Maya, more than 2,500 years ago.

The colors and shapes of the decoration were inspired by the ceramic braceros found in the Temple of the Foliated Cross in the archaeological ruins of Palenque, eventually giving rise to a piece that pays tribute to Mexico’s pre-Hispanic past.

Now, we recently wrote about Camazotz in an article that some people misunderstood, mostly because while describing the ancient Maya ‘Bat-god’ we used one of the images of Pacheco’s piece.

Some people were offended. Others were surprised. Many people didn’t believe in what had been written.

Therefore, we decided to dig out some more images of Pacheco’s amazing design and post the images for people to see.

Camazotz or Camazot is a relatively unknown character from Mayan mythology. The ancient Mayan god is considered as the murderous bat god.

The ancient deity was dubbed as a master of mysteries, life, and death.

Camazotz comes from two ancient Maya (K’iche ) words ‘kame, which means “death”, and sotz’, which is translated as “bat”. 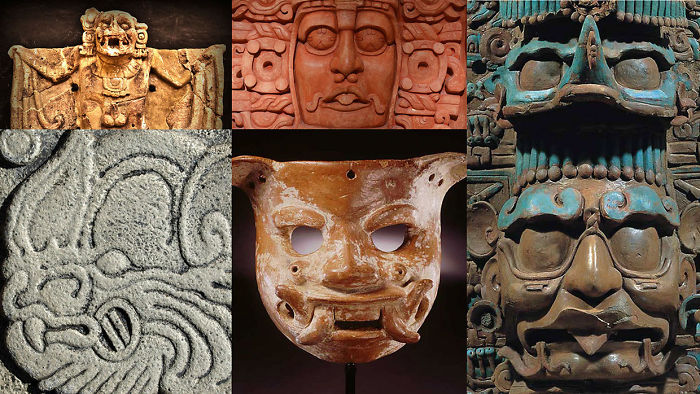 The worship of Camazotz can be traced back to around 200 B.C. and it is believed to have started among the Zapotecs of Oaxaca, Mexico, who worshiped an anthropomorphic monster with the body of a man and the head of a bat.

Check out Kimbal’s gallery at Behance, for more images of the Mexican Bat-god.