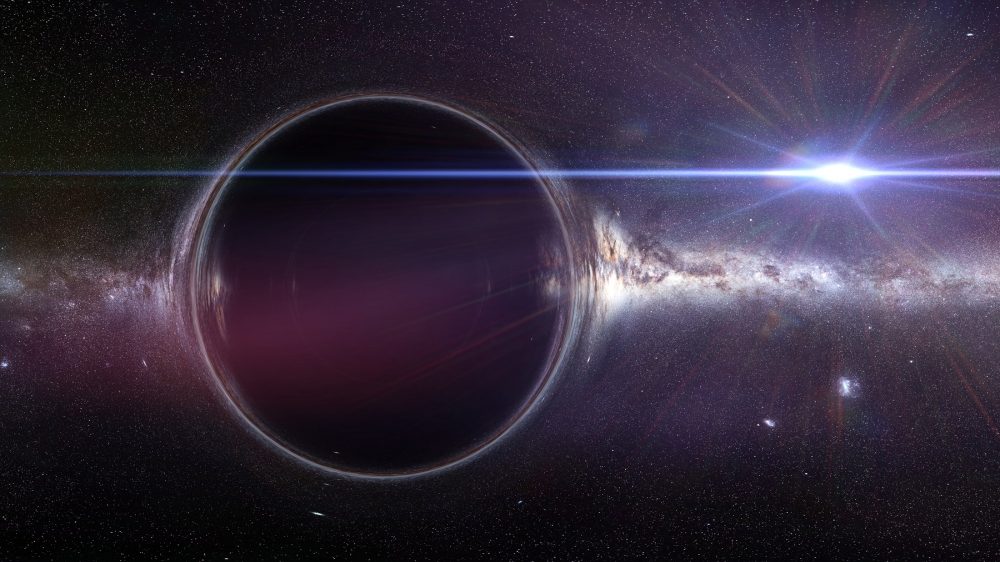 According to astronomers, it is the most long lived heartbeat ever seen in a black hole.

The first heartbeat of a black hole persists even thirteen years later, and we are once again left baffled by the mysteries surrounding these massive, cosmic monsters.

The first confirmed heartbeat of a supermassive black hole is still beating even thirteen years after it was first observed by astronomers.

X-ray satellite observations detected the repeated heartbeat after its signal had been blocked by our Sun for several years.

Astronomers say this is the longest-running heartbeat ever seen in a black hole, and it tells us more about the size and structure near its event horizon: the area around a black hole where nothing, not even light, can escape.

The heartbeat of the black hole was first detected in 2007 at the center of a galaxy called RE J1034 + 396, which is approximately 600 million light-years from Earth.

The signal from this black hole was repeated hour after hour and observed in rare snapshots taken before our Sun blocked satellite observations in 2011.

In 2018, the European Space Agency’s XMM-Newton X-ray satellite was able to return to finally observe the black hole, and, to the amazement of the scientists, they could still see the same repeated heartbeat.

Matter falling onto a supermassive black hole as it feeds off the accretion disk of surrounding material releases an enormous amount of energy from a relatively small region of space, however, this is rarely identified as a specific repeatable pattern like a heartbeat.

The time between beats can tell us about the size and structure of matter near the event horizon of the black hole.

“The main idea of how this heartbeat is formed is that the internal parts of the accretion disk expand and contract.

The only other system we know of that seems to do the same is a 100,000-times-smaller stellar-mass black hole in our Milky Way galaxy, powered by a binary companion star, with correspondingly more diminutive luminosities and time scales. This shows us that simple black hole mass scales work for even the rarest types of behavior,” the researchers have revealed.

According to lead author Dr. Chichuan Jin, from the National Astronomical Observatories of the Chinese Academy of Sciences, “this is incredible.”

It shows that such signals emerging from a supermassive black hole can be very strong and persistent. It also offers the best possibility for scientists to further examine the nature and origin of the cosmic heartbeat signal. The next step in the research is to conduct a thorough analysis of this intriguing signal and compare it to the behavior of black holes in stellar mass in our Milky Way galaxy.