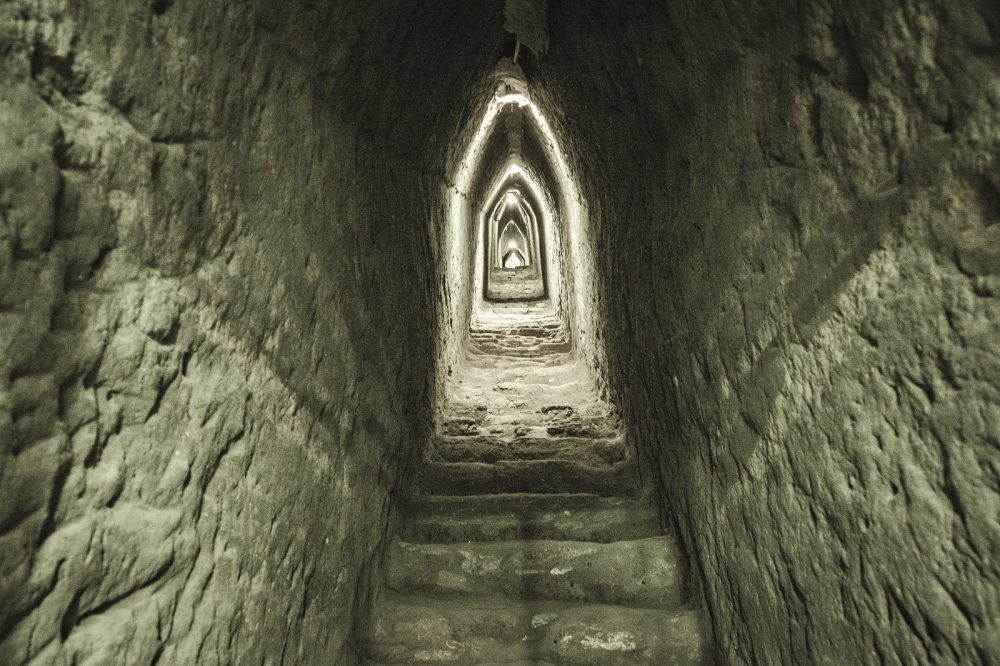 In 2013, archeologists excavating an ancient ed Sea Port Called Wadi-al-Jarm made an unprecedented archaeological discovery. A series of papyri were found that turned out to be the oldest of their kind, dating back to just around 4,500 years ago.

Located some 150 kilometers southeast of the Giza plateau, the document is part of a treasure trove of hundreds of fragmented pieces of what is now considered the oldest inscribed papyri to have ever been found in Egypt.

But their age is not what was so revolutionary about them.

The ancient texts are believed to make up the personal journal of a middle-ranking official called Merer, who is believed to have been in charge of a group of around 200 workers who conducted different projects, including transportation of massive pieces of blocks of stone.

From the heights of these pyramids, forty centuries look down on us. —Napoleon Bonaparte, speech to his troops in Egypt (21 July 1798).

Of extreme interest to archaeologists, the documents record how the ancient Egyptians quarried limestone at Tuna near Cairo and how the blocks of stone were transported to Giza.

Archeologists speculate that the limestone was used for the eternal casing of the Great Pyramid of Giza. This speculation comes mainly from the age of the documents and specific words used in the papyri.

However, there isn’t one sentence that actually confirms that Merrer and his people participated directly in the construction of the Great Pyramid or that the stones were used in the pyramid’s construction; the collection of paper does mention Khufu.

Since archeologists believe that Khufu ruled over the land of Egypt around 4,500 years ago, it is argued that this was precisely when the Great Pyramid of Giza was built.

Strangely, there are no ancient texts that suggest that the pyramid belonged to Khufu or the exact purpose of the ancient structure.

This is why the Wadi-al-Jarm papyri are special and rare, as they mention to Khufu and a construction site.

But despite their incredible importance and historical value, they still do not explain the methods by which the pyramid was constructed, nor what exact construction project was taking place at the Giza plateau.

This is more than strange. The Great Pyramid of Giza is considered the most fascinating, complex pyramid ever built in ancient times, yet there are no ancient documents that tell us anything about it. Suppose someone went through a megalomaniacal project, spending so much time and resources building a structure like the Great Pyramid. Why did He not make more effort to document the construction of this majestic ancient monument?

Are you saying that the most we have are the scraps of a logbook and a poorly painted cartouche inside the pyramid supposedly referring to Khufu?

If it were really Khufu who commissioned the construction of the Great Pyramid of Giza some 4,500 years ago, he surely would have made a more significant effort to document his fantastic accomplishment shouting out loudly, “the Great Khufu created this…”

The ancient papyri do not, contrary to popular belief, tell us anything about the supposed workforce of the pyramid builders. It does not tell us how the ancient builders, composed of thousands of skilled workers, managed to pile up around 2.3 million blocks of stones, weighing several if not dozens of tons, one atop each other, in approximately 20 years, and build the Great Pyramid.

The ancient papyri do not tell us how the ancient builders placed deep within the pyramid massive granite stones that are part of the King’s Chamber.

“It is said that the stone [used in the construction of the Pyramids of Giza] was conveyed over a great distance … and that the construction was effected by means of mounds … The most remarkable thing is that, though the constructions were on such a great scale and the country round about them consists of nothing but sand, not a trace remains either of any mound or of the dressing of the stones, so that they do not have the appearance of being the slow handiwork of men but look like a sudden creation, as though they had been made by some god and set down bodily in the surrounding sand.” –Diodorus Siculus, Book I, first century BC.

Originally reaching a bit more than 146 meters, the base of the Great Pyramid of Giza covers 13.6 acres, and its designers aligned the structure almost perfectly with True North. The total weight of the Great Pyramid of Giza is estimated to be around 6 million tons, and the pyramid, once completed, was covered in extremely polished white limestone blocks, which made the monument shine like a star as the sun shone down on it.

The first pyramid built in Egypt was constructed during the reign of the Third Dynasty Pharaoh Djoser. Designed by Imhotep, ancient Egypt’s first pyramid architect, the Step Pyramid of Djoser (Saqqara) marked a revolution in ancient Egyptian architecture.

Many Kings that ruled over Egypt after Djoser attempted to build a pyramid again, but it wasn’t until the rule of Pharoah Sneferu that Egypt would have a worthy pyramid again. Sneferu is believed to have been Khufu’s father and is the greatest pyramid build Egypt has ever seen.

And while Egypt may have produced what is believed to be the tallest pyramid on Earth, South and Central America saw the birth of the oldest and most massive pyramids in the history of our planet.

The oldest pyramids are believed to have been built deep within the Brazilan Amazon and date back to around 5,000 years.

Thousands of kilometers to the North in Central Mexico, an ancient culture built the largest pyramid in terms of volume long before the Spanish Conquest.

While most of us love to admire the complexity, architectural beauty, and general design of worldwide pyramids, their interior is equally mesmerizing and captivating.

Even though the Pyramids of Giza are Egypt’s most famous pyramids, many pyramids were built much earlier in Egypt.

Here’s the inside of the Red Pyramid at Dahshur:

This is the corbelled roof of the Red Pyramid:

Many pyramids have miniature tunnels inside them:

But Pyramids were not only constructed in Egypt.

Here are some images of the inside of the Great Pyramid of Cholula, halfway around the world in present-day Mexico: