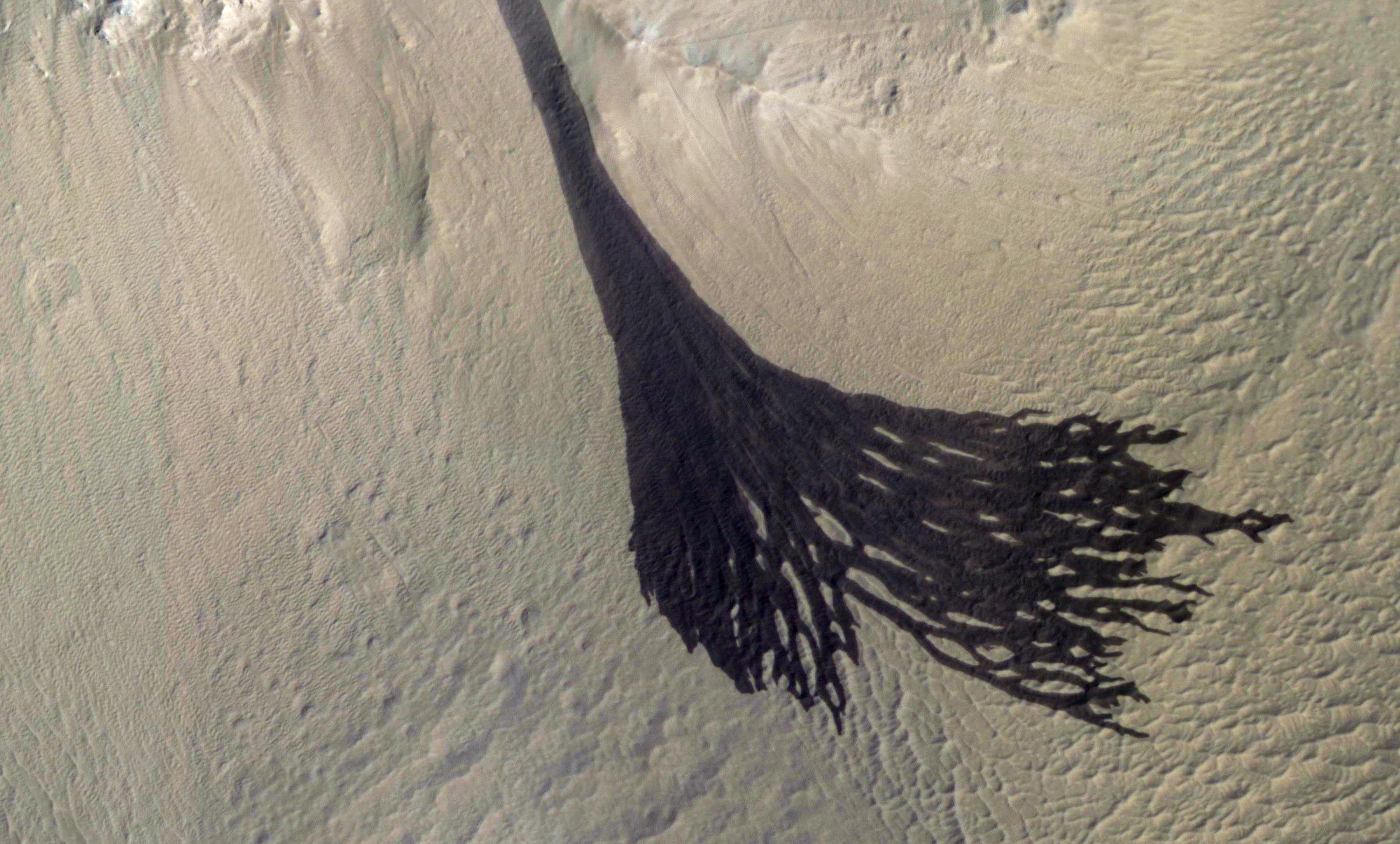 Mars is truly a fascinating planet. Long thought to have been barren and dead, the red planet has proven otherwise thanks to the numerous missions to its surface in the past decade.

Thanks to missions such as InSight, Perseverance, Curiosity, Odyssey, and various others, we are beginning to understand the real side of Mars.

Data gathered by NASA’s Mars Oddysey mission is cracking a few of MArs’ secrets. For example, data obtained by Odyssey may finally help explain why dust avalanches appear on slopes on Mars and why Martian frost seems invisible to the eye.

They observed the red planet’s surface in visible light –which is light that the human eye perceives–and observed a strange blue-whiteish morning that was being illuminated as the Sun was rising on the horizon.

They wanted to see if there was more and used Odyssey’s heat-sensitive camera and noticed the frost was widespread and present even in regions where none was visible.

This was a puzzle that needed solving.

In this case, they were studying frost that forms overnight and predominantly consists of carbon dioxide – essentially, dry ice, which often appears as frost on Mars instead of water ice.

But the mystery that was left unanswered was why was the dry ice frost apparent in certain regions but invisible in others.

A paper published in the Journal of Geophysical Research: Planets may have an answer.

Experts proposed an explanation that could also explain how dust avalanches that reshape the planet are set off after sunrise.

The sparse atmosphere of Mars (just 1% the density of Earth’s) enables the Sun to quickly warm the frost that builds up overnight. Within minutes, dry ice vaporizes into the atmosphere instead of melting.

In many areas where frost can’t be seen on the surface of the red planet, Lucas Lange, an intern working with Piqueux, first recognized its cold-temperature signature.

The temperature changes were present only a few microns below the surface.

“Our first thought was ice could be buried there,” Lange said in an article with NASA.

“Dry ice is plentiful near Mars’ poles, but we were looking closer to the equator of the planet, where it’s generally too warm for dry ice frost to form,” he added.

In the study, researchers explain that what we are seeing is “dirty frost” — a mixture of dry ice frost with frains of dust which cause it to appear in visible light but not in infrared.

This led scientists to suspect dirty frost may also be responsible for the streaks of dark color running along the slopes of Mars. Dust avalanches reshape mountain ranges across the planet, resulting in the streaks.

They probably resemble a river of dust winding its way towards the ground, releasing fluffy material in the wake. In the course of several hours, dust is blown downhill, exposing streaks of darker material below.

The dark streaks visible in some of the images from Mars are different from recurring slope lineae, which occur for weeks (not hours) at a time, year after year, in the same places. According to the scientific community, recurring slope lineae are caused by sand or dust flows rather than briny water.

The authors discovered that slope streaks are more frequent in areas that experience morning frost in their recent study. Scientists believe the streaks were caused by vaporizing frost, which created just enough pressure to loosen dust grains, causing avalanches.

Mars Odyssey is the longest continuously operating spacecraft that is in orbit around a planet other than Earth. Mars Odyssey has been circling the red planet since October 2001. This spacecraft’s primary goal is to study the Martian environment and provide vital information about possible hazards to future explorers to Mars.

The Odyssey mission also aims to map Mars’ chemical and mineralogical makeup to detect evidence of past or present water and volcanic activity on Mars.