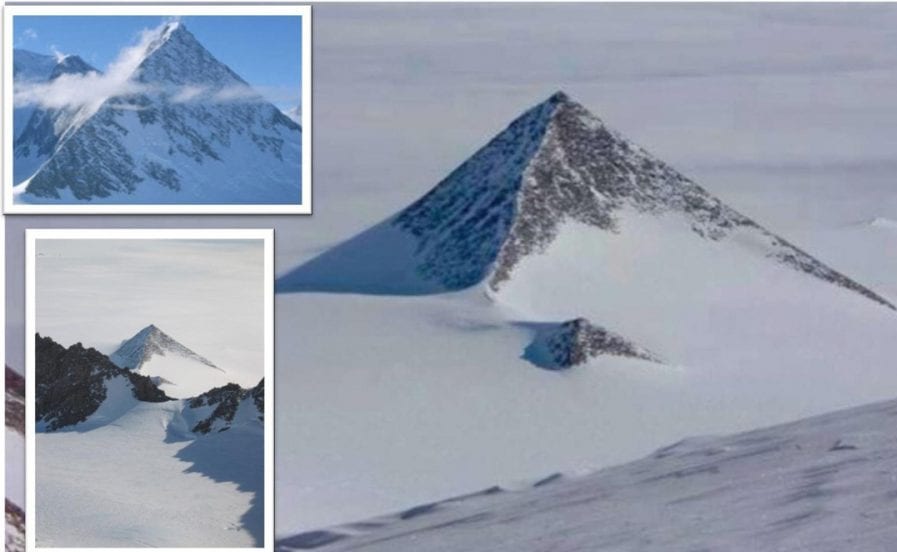 Natural formations or something more...?

Antarctica has not always been a desolate continent. This has led some scientists to believe that the ancient ice contains remnants of human presence. According to different scientists, such traces have already been found – evidence of ancient pyramids in Antarctica, much older than those in Egypt.

Antarctica has been covered in ice for millions of years. Not much attention was paid to this until a team of European and American scientists allegedly discovered three pyramids that caused a sensation.

The first official news about “man-made” pyramids in Antarctica appeared in the Internet space in 2013. Then in 2016, the first photographs of the three pyramids circulated online. Conspiracy theorists immediately came up with countless theories, some suggesting that the pyramids were 100 million years old and were made by the most ancient civilizations that inhabited the continent.

This was about the first time most people heard about the potential existence of pyramids in Antarctica. However, the earliest mention of a pyramid-shaped object dates back to the British Antarctic Expedition, carried out in 1910-13. The Terra Nova Expedition, as it is widely known, was led by British captain Robert Scott. He wanted to be the first person to reach the South Pole of the Earth.

Scott’s team arrived at the southernmost point of our planet on January 17, 1912. But, to his disappointment, he discovered that the Norwegian Roald Amundsen had been there just a few weeks earlier.

Nevertheless, they found what became known as the Pyramid as a small consolation prize. It is a small mountain on the western side of the Köttlitz Glacier.

And yet, not much has been said about this oldest discovery. Most of the attention has been focused on the “newly-found” examples from a few years ago. And what do I mean by the quotation marks in the last sentence? The truth is that these structures are also not a new discovery.

The three objects that look like pyramids (seen in the satellite image above) are part of the Ellsworth mountain range, discovered by the American pilot Lincoln Ellsworth during his flight on November 23, 1935.

The height of the central object is 1265 meters. It seems to be not so much. But you need to understand that the conditions here are just extreme. The wind always blows here, ice and extremely low temperatures are everywhere.

And in fact, it was freezing, thawing, and wind that most likely gave the mountains their pyramidal shape and not an ancient forgotten/lost civilization in Antarctica.

Nevertheless, Antarctic pyramid conspiracy theorists argue that in order to explain their origin, we need to write an entirely new version of human history. Such a discovery would completely change our understanding of the past.

But the theorists did not stop with just that. They had more proof to support their claims. They believe that the government is trying to hide all evidence of their existence and this is why certain areas on Google Maps are blurred.

In each case, there is a simple scientific explanation. Pyramidal mountains like these exist in various corners of the world and there is no way we can mistake them for something artificial. Certain climate conditions can influence geological formations known as “nunataks”. This is when the top of a mountain protrudes above the surface of the ice sheet. Scientists argue that the pyramids discovered in Antarctica are nothing more than these formations.

The origin of the alleged pyramids in Antarctica was also discussed in one of the episodes of the famous television series Ancient Aliens. In the pilot episode of Season 11, experts questioned their purpose and presented several theories about their potential extraterrestrial origin.

What is your opinion on the matter? An ancient culture that existed on the southern continent should have left some traces of its existence. In 2009, a team of scientists discovered pollen particles in the ice of Antarctica. This suggests that palm trees once grew there, which would mean that summer temperatures reached 21 ° C. In 2012, scientists discovered more than 30 species of bacteria in water samples from Lake Vida (East Antarctica).

If humans inhabited the continent in prehistoric times, it is only a matter of time until someone finds their traces. As for the pyramids in Antarctica, I choose to believe that they are all a natural formation, albeit rare. But, perhaps, some new discoveries could change my opinion in the future. 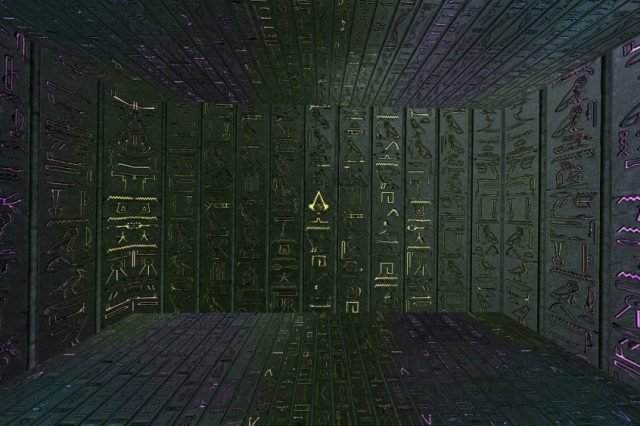