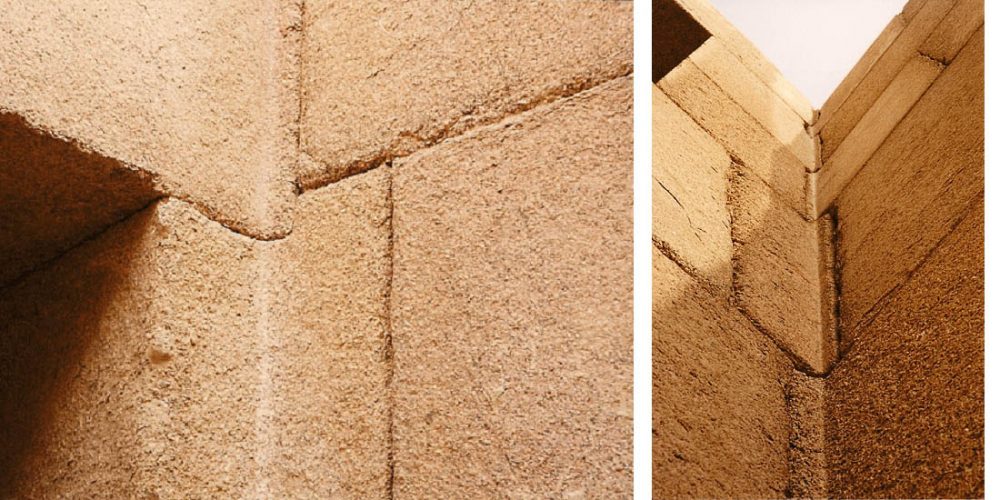 Ancient Egyptian architecture was on a whole different level. The Valley Temple at Giza is just one example.

The Giza Plateau is home to the Pyramids of Giza, massive ancient structures erected several thousand years ago by the ancient Egyptians.

Right next to the Pyramids of Giza are several other architectural and archaeological wonders that have remained in the shadows of the pyramids. The Sphinx of Giza is one of them.

But the pyramids and the Sphinx are not the only archaeological wonder worth mentioning.

There, next to imposing ancient structures we find the Khafre’s Valley Temple.

Built using mind-bending, supermassive blocks of stone, some of which exceed 150 tons, and design elements that seem impossible at first, the Valley Temple is one of the most astonishing structures in Egypt, and it is home to the famous ‘bent stones’.

Located not far from the Pyramids and the Sphinx, the Valley Temple is one of the best-preserved ancient temples in Egypt thanks to the fact that it had remained buried by sand up until the 19th century. The ancient structure was discovered in 1852 by Auguste Mariette who then dubbed it the ‘Temple of The Sphinx’.

Given its proximity to the Sphinx, Mariette thought the temple served it.

Its limestone walls are massive, measuring 45 meters. The temple’s walls were built so they decrease exponentially, which makes Khafre’s Valley Temple have the exterior appearance of a Mastaba.

The temple’s walls were covered using polished red granite both inside and outside. The floor of the temple was crafted using the best available limestone.

The entrances of the temple are flanked by intricately carved Sphinx statues while the roof of the temple is supported by massive red granite columns.

Curiously, the Valley temple does not feature any hieroglyphics in its interior and has various openings in the upper parts of the walls which fill the temple with abundant natural light.

The interior of the temple while devoid of inscriptions was decorated with statues of the Pharaoh. It is believed that the ancient structure was once used both for the pharaoh’s mummification process and for purification.

The temple itself is an ancient wonder of engineering and design and is one of the oldest and best-preserved buildings of ancient Egypt.

In fact, if we were to search for similar structures that rival it in Egypt, we could only compare it in magnitude to the Sphinx Temple located not far from it, and the Osirion temple at Abydos.

One of the main reasons why this temple is one of the most stunning ancient structures in Egypt is the size of the stones used in its constitution.

Somehow, the ancient builders built the core structure of the temple using massive limestone blocks that weight as much as one hundred tons each.

Another equally stunning feature, and why the temple stands out from others are the walls of the temple which have somehow been fitted with ‘bent stones’, making the interior of the structure resemble a giant three-dimensional jigsaw puzzle.

The bent points of the temple were placed into position with such precision that looks almost as if the stones were molded. Furthermore, some of the stones have several exposed surfaces featuring various corners and angles.