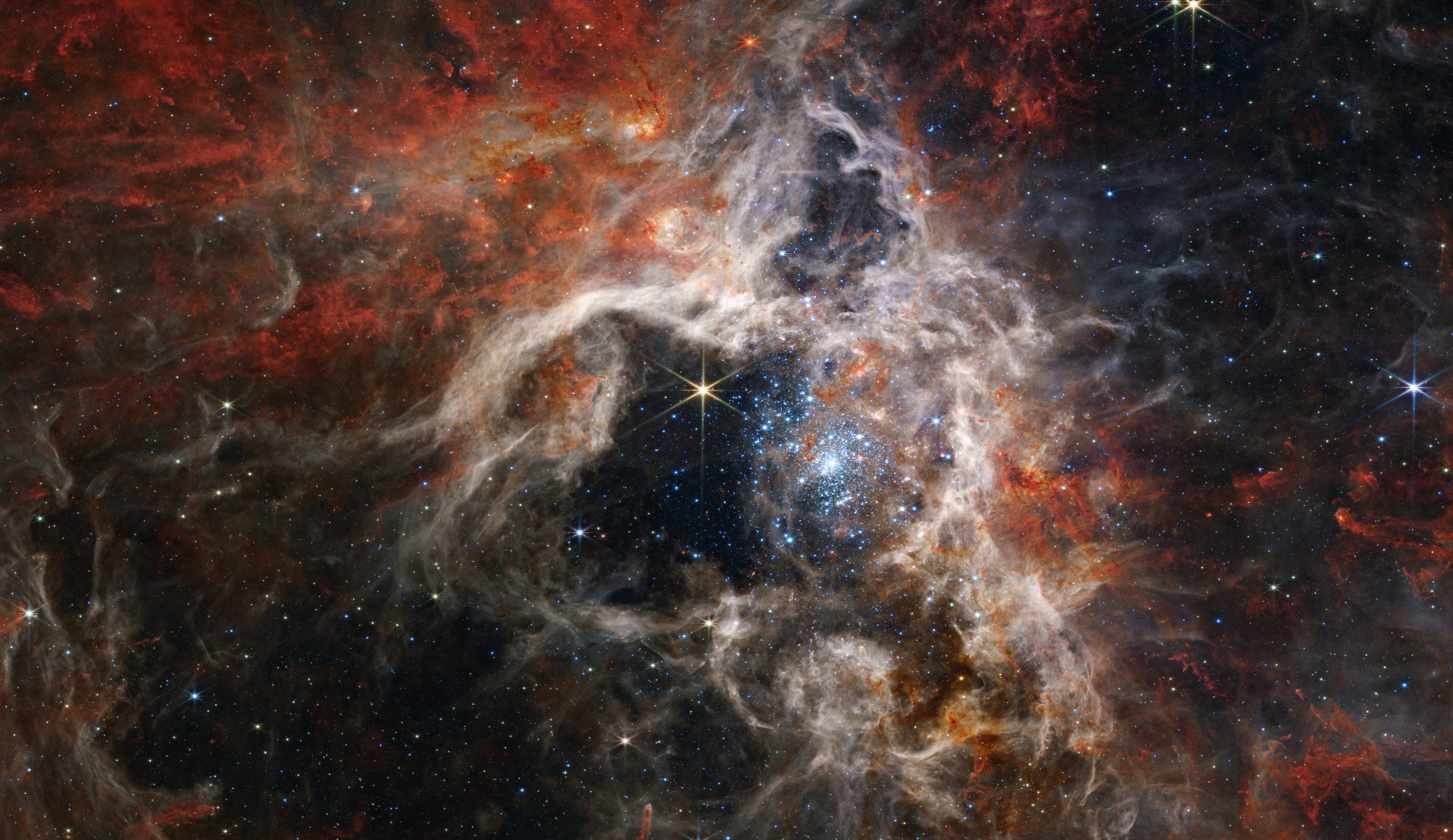 The James Webb telescope has turned its cameras towards the Tarantula Nebula, located some 161,000 light-years away in the Large Magellanic Cloud.

We cannot have enough of what the James Webb Space Telescope has to offer. The rate at which the space telescope is exploring the universe is hard to keep up with, not that we are complaining. In fact, keep it coming because the mind-altering photographs produced by Webb are changing the way we study the universe. The ten-billion-dollar telescope has long paid off its costly price.   With stunning images of some of the oldest galaxies and stars and direct observations of distant alien worlds, the James Webb Space Telescope has proven its worth to science.

Some of the photographs taken by Webb show galaxies in ways we have never imagined them before. Now, after studying a strange brown dwarf and directly observing a distant exoplanet, the space telescope has turned its equipment towards a galaxy that is often photographed by astrophotographers.

An image taken by the NASA/ESA/CSA James Webb Space Telescope shows thousands of young stars that have never been seen before. This nebula has been called the Tarantula Nebula due to the dusty filaments that appear in previous telescope images, and astronomers have keenly studied its stars. Now, the JWST has revealed some never-before-seen details. Aside from young stars, Webb shows distant background galaxies and the nebula’s detailed structure and composition.

Within the Local Group, the closest galaxies to the Milky Way, the Tarantula Nebula is only 161,000 light-years away in the Large Magellanic Cloud. The stars in this galaxy are among the hottest and most massive in the universe. Infrared instruments on Webb were focused on the Tarantula by astronomers in order to see what secrets they might hide.

When viewed with Webb’s Near-Infrared Camera (NIRCam), this region resembles the silky burrow of a burrowing tarantula. A cluster of massive young stars that sparkle pale blue in the image have hollowed out the nebula’s cavity, shown in the NIRCam image. In the nebula, the densest parts are the only ones that remain intact despite stellar winds damaging the surrounding areas. Protostars are forming inside these pillars, which will emerge from dusty cocoons and take turns shaping the nebula as they form.

One very young star was captured doing just that by Webb’s Near-Infrared Spectrograph (NIRSpec). Prior to this discovery, scientists believed that this star was a bit older and was clearing out a bubble around it. NIRSpec, however, revealed that the star was still surrounded by an insulating cloud of dust as it emerged from its pillar. These observations could not have been made without Webb’s high-resolution infrared spectra.

A view of the region taken with Webb’s Mid-infrared Instrument (MIRI) reveals a different appearance. Glow emanates from the cooler gas and dust while the hot stars fade. Points of light are visible within the stellar nursery clouds, indicating embedded protostars that are still growing. A longer mid-infrared wavelength penetrates the dust grains to reveal a previously unseen cosmic environment, while shorter wavelengths are absorbed or scattered by the dust grains.

Among the reasons why astronomers are interested in the Tarantula Nebula is the fact that it resembles giant star-forming regions observed during the universe’s “cosmic noon,” when star formation was at its peak, and the universe was only a few billion years old, as per the European Space Agency. Different chemical compositions and different star-forming rates characterize the Milky Way galaxy’s star-forming regions. Since the Tarantula can be seen in detail, it is the closest example of what the universe had been experiencing as it reached its brilliant high noon. As astronomers examine the Tarantula Nebula and distant galaxies from the era of cosmic noon with Webb, they will be able to compare and contrast observations of star formation.

Our inability to see behind the thick clouds of stellar nurseries has resulted in many mysteries regarding the star formation process, despite thousands of years of stargazing. In just a short period of time, Webb has revealed a universe that has never been seen before and is just beginning to rewrite the story of stellar formation. The James Webb Space Telescope is one of the world’s most advanced observatories for space science. Using Webb, we will be able to solve mysteries in our Solar System, probe distant worlds around other stars, and gain an understanding of why our Universe exists and our place within it.