It’s a strange world out there.

Aerial photographs taken over Japan caused a bit of confusion as well as excitement on social networks as they appeared to show, crop circles, but made out of trees.

Crop circles are famous for being allegedly made by Aliens, hovering over crop fields, and drawing strange figurines on the ground. Flattened crops that give crop circles their design produce patterns mostly identifiable from the air.

Many people are convinced that crop circles are one of the ‘primitive’ attempts of communication between aliens and the human species.

Others are convinced that crop circles are the result of art, and were not created by aliens, but rather by people with a talent for creating different forms using crop fields.

But now, mysterious ‘circles’ have started appearing in a forest located in the Miyazaki prefecture in Japan.

The aerial images taken above the forest have revealed mysterious patterns that have kick-started a brand-new alien debate on social networks.

But unlike crop circles, the forest circles were not created by flattened crops. Rather, the forest seems to have grown into specific forms, and the ‘designs’ are made only out of trees.

But science has an answer for (almost) everything.

And no, we aren’t talking about ET hovering above Japan and ‘magically’ rearranging the forest creating visible patterns.

In fact, as noted by the Business Insider, the oddly shaped forest in Japan did not appear overnight. They are the result of a half-a century-long experimental forestry program created by Japanese scientists who are trying to understand how forests develop and grow.

The trees have grown in perfect symmetry and look like beautiful art.

The Sothern Miyazaki district forest was chosen because it is populated by local Obi-sugi cedar trees.

In the 1970s, scientists decided they would planet more than 700 new trees as part of their experiment, in order to understand and analyze the forest density of tree growth.

The experiment aimed to answer a number of questions about forest formation and tree density. Scientists wanted to see what would happen and how trees would react when they grew in close proximity to one another.

During the tree-growth process, scientists observed their development.

The reason why we are now seeing the so-called Forest Crop circles is because of the way the trees were planted.

Scientists planted the trees in a sequence of circles, evenly positioned in 10-degree radial increments; trees form smaller circles that turn into larger ones. The result was a stunning concentric pattern of circles composed of different diameters.

The circles were not chosen randomly. The trees were planted in circles because it would help scientists identify the trees belong to the experiment.

And ever since the trees were planted, scientists have continued to monitor and observe their growth, for almost half a century.

You can check out the ‘Forest Crop Circles’ for yourself using Google Earth,  here are the exact coordinates.

The results of the experiment

The experiment has shown that close planting limits tree growth.

The trees that scientists planted in the inner circles, with limited space, were found to be much smaller than the trees located in the outer parts of the circles.

The experiment helped experts calculate the optimal distance for tree planting in order to create forests in limited and small spaces.

10 Extraordinary Sunken Cities and Settlements Of the Ancient World 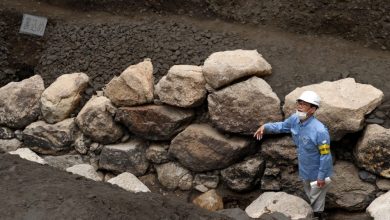 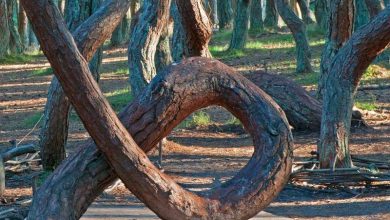 The Largest Living Organism in the World is Dying, and Mankind is Mostly to Blame