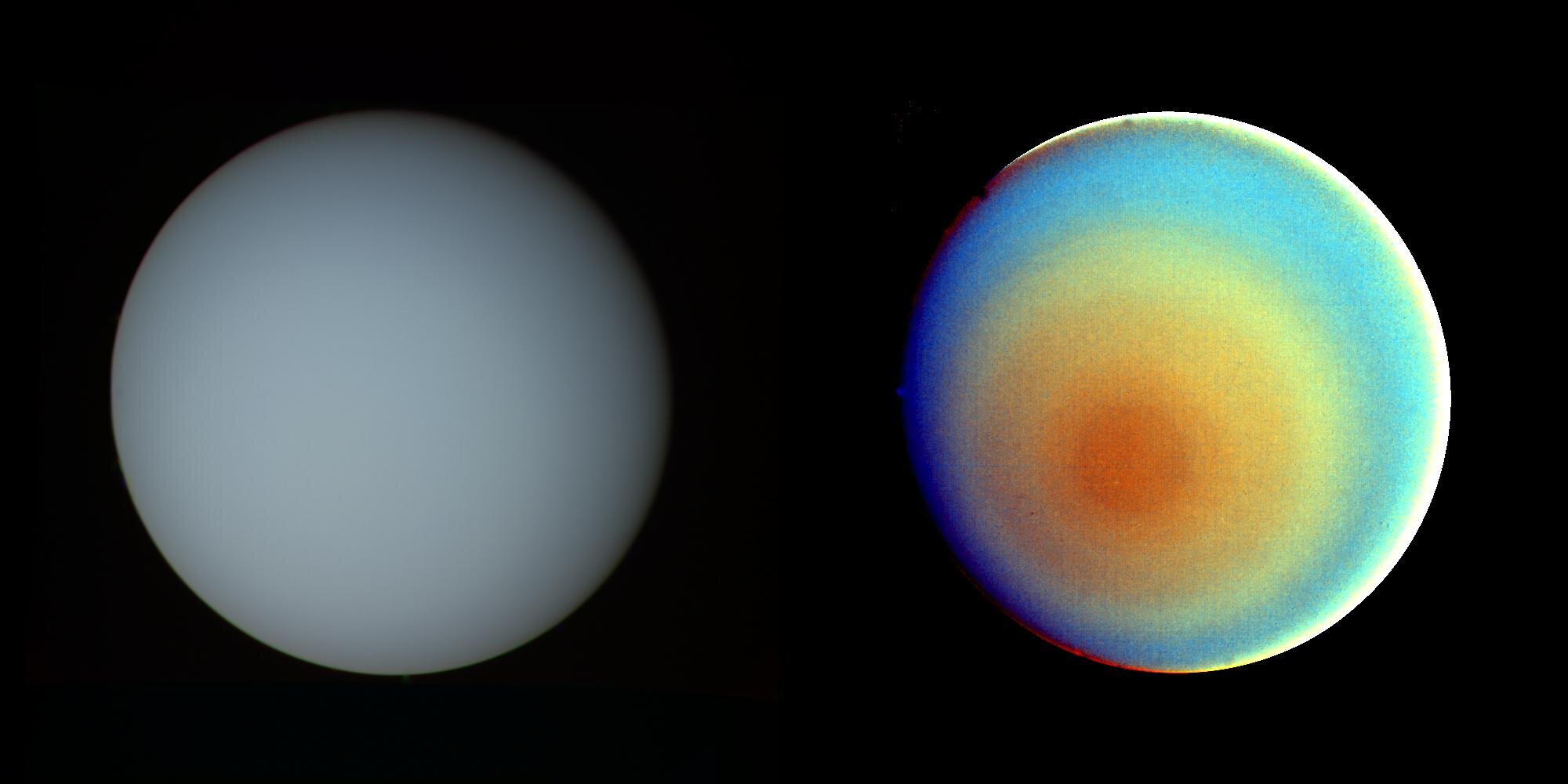 Although we have sent robotic missions to distant worlds in our solar system, only one spacecraft visited Uranus. That was the Voyager 2 mission that flew past the gas giant 36 years ago, on January 24, 1986.

In our efforts to explore outer space—our solar system, for starters—we are in our infancy.

Although we have successfully landed robotic missions on many cosmic bodies across the solar system and even sent spacecraft beyond the confines of our star system, we have explored very little of the vast cosmic neighborhood we live in.

One of the least explored planets to date is Uranus, a gas giant discovered in 1781 by astronomer William Herschel.

Uranus is the seventh planet from the Sun and boasts the third-largest diameter in our solar system.

Despite having sent missions to explore Jupiter (Juno) and Saturn (Cassini), we have not specifically sent any robotic missions to study Uranus.

Humankind has visited Uranus only once, and it has been 36 years since.

NASA’s Voyager 2 spacecraft made its closest pass to the mysterious distant gas planet on January 24, 1986.

Voyager 2 returned stunning images of the planet and its moons during the flyby, which allowed about five hours of detailed study.

“We knew Uranus would be different because it is tipped on its side, and we expected surprises,” revealed Ed Stone, project scientist for the Voyager mission, based at the California Institute of Technology, Pasadena. Stone has served as a project scientist since 1972, continuing in that role today.

We learned a significant amount of information thanks to the data sent back for study to Earth.

Uranus turned out to be the coldest known planet in our solar system, even though it is not the furthest from the Sun. This is, according to researchers, because Uranus has no internal heat source.

The Voyager 2 mission allowed scientists to understand the gas giant and its composition better.

There was also evidence of a boiling ocean 800 kilometers below the clouds.

Scientists discovered that Uranus has a magnetic field unlike any that had ever been encountered previously. On Mercury, Earth, Jupiter, and Saturn, the magnetic field is roughly aligned with the axis of rotation.

Uranus, however, was different from the rest.

“Then we got to Uranus and saw that the poles were closer to the equator,” Stone said. “Neptune turned out to be similar. The magnetic field was not quite centered with the center of the planet.”

In addition to the above, the data gathered by Voyager 2 allowed scientists to understand more about the planet’s magnetic field: it turned out to be stronger than the magnetic field on Saturn.

Scientists were also able to determine that the magnetic tail of Uranus contorts into a helix extending 6 million miles (10 million kilometers) pointing away from the Sun.

As it flew past the gas giant, making its way to the next target Neptune, Voyager 2 spotted ten new moons orbiting Uranus, as well as two rings surrounding the giant planet.