For the first time ever, the British Library is set to exhibit three o Leonardo da Vinci’s most important notebooks.

The Codex Arundel, the Codex Forster, and the Codex Leicester will be part of an exhibition called ‘Mind in Motion’ which centers around da Vinci’s belief how ‘motion was at the center of everything’.

See inside the mind of Leonardo da Vinci, one of the world's greatest artists. For the first time in the UK, we bring together three of his extraordinary notebooks to explore his fascination with motion, which he considered 'the cause of all life'. https://t.co/hUK0vKILzm pic.twitter.com/EUX8VnFw3K

“With intricate drawings and diagrams crowding every page, marvel at Leonardo’s insights into subjects as varied as the formation of waves and air bubbles, river flow, the velocity of wind, and the nature of light and shadow,” explains the British Library in a statement.

The exhibition is set to mark the 500th anniversary of da Vinci’s death and is scheduled for the summer of 2019.

The Codex Arundel, the Codex Forster, as well as the Codex Leicester contain a number of diagrams, drawings, personal notes and observations made by the Renaissance master, and provide a unique and unprecedented insight into the mind of a genius.

All three notebooks were written by da Vinci in his famous mirror script, and show the brilliance of da Vinci, and how far ahead of time he and his ideas were.

The Codex Leicester will be displayed in the UK for the first time since it was purchased by Microsoft founder Bill Gates, who acquired the notebook in 1991 or a mindboggling $31 Million. This price tag turned the Codex Leicester into the most expensive book ever acquired.

The Codex Leicester is perhaps one of the most interesting manuscripts composed by da Vinci. Among other things, the 72-page book illustrates his ideas on water, and the relationship between Earth’s natural satellite, our planet, and the sun. The manuscript dates back to the 16th century.

Roly Keating, the chief executive of the British Library, explained that the exhibition would be ‘a remarkable coming together’ of ‘three extraordinary and very famous’ ancient texts.

“These remarkable pages, written in Leonardo’s distinctive mirror writing, illustrate how his detailed studies of natural phenomena – and in particular of water – influenced his work both as an artist and an inventor,” said a spokesperson from the British Library.

Leonardo da Vinci Saw in Animals the ‘Image of the World’ 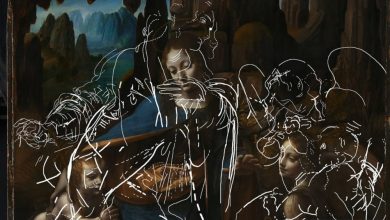