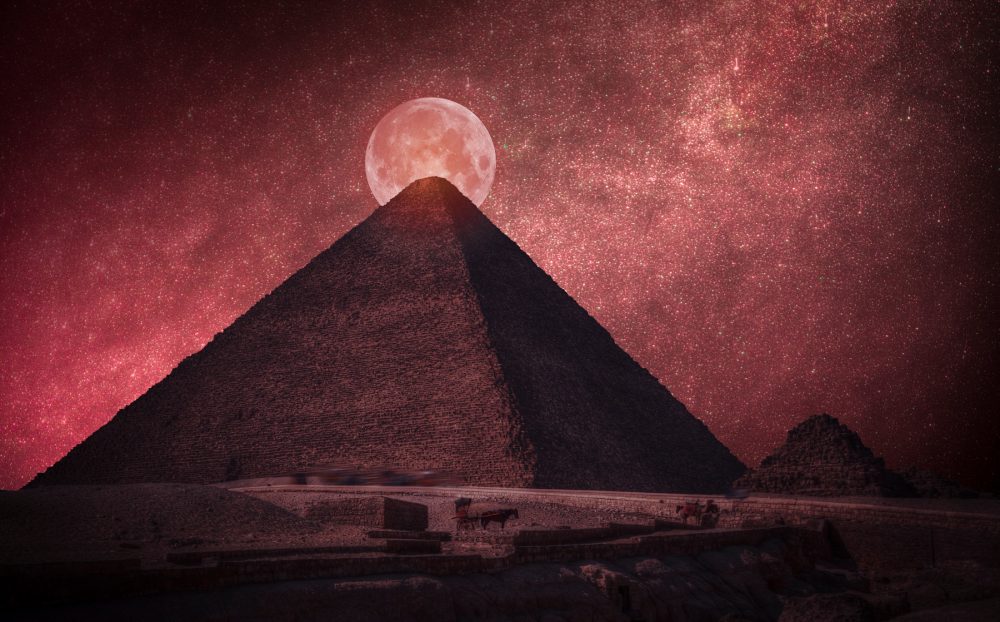 A comet that witnessed the construction of the Pyramids of Egypt has returned to the solar system.

There’s a comet heading our way. It is not going to impact Earth and will past millions of kilometers away from us, but it will be (probably) so bright in the sky that it will even outshine Venus. Its coma and tail are estimated to be around half-the-size of the Sun. The comet’s atmosphere is calculated at around 15 arcminutes in diameter. This means that on the scale of big things in the solar system, Comet ATLAS falls somewhere between the Sun (1,392,000 km diameter) and Jupiter (139,820 km), according to Space Weather Archive.

Right now, the comet is believed to have past the orbit of Mars, and it is making its way deeper into the inner parts of the solar system. As it gets closer to the Sun, its brightness is greatly increasing, and skygazers theorize that it could be one of the brightest comets in recent decades. Nonetheless, it has been reported that even though the comet shone in the sky with a magnitude 8 as it made its way past Mars, it has now decreased in brightness, shinning at a magnitude of between 8.8 and  9.2. The bigger the number, the fainter the sky object is.

Its reduced brightness may be a telltale sign that the comet is regrettably, breaking up and disintegrating as it gets closer to the Sun. In order for the comet to shine birther than any other comet in recent years, it has to survive its trip towards the Sun in the coming weeks.

Whatever the case, the comet has a very interesting history behind it, apparently.

After thousands of years, since the last time it ventured out anywhere near our planet, Comet Atlas ( C/2019Y4) will return to the solar system and will (hopefully) be so bright that it will most likely be observed with the naked eye. This is according to astronomer Lyudmila Koshman of the Moscow Planetarium. The astronomer further notes that the last time Comet ATLAS ventured anywhere near our planet was around the time when the Egyptian pyramids were being built.

Koshman revealed the comet, whose nucleus contains a poisonous compound known as cyanogen, “may become the brightest object in our sky in the past seven years.” The astronomer predicts a magnificent, cosmic spectacle: the solar wind will make the comet produce two distinct tails, one composed of evaporating gases and another one composed of the comet’s dust. If the comet becomes visible and doesn’t end up disintegrating, it will be a cosmic spectacle people will not want to miss.

Comet Atlas C/2019Y4 is expected to approach Earth at a distance of around 120 million kilometers. The astronomer noted that the comet’s greenish hue is a product of cyanogen contained within its core becoming fluorescent when bombarded by UV radiation and that by the end of April, the comet will become as bright as the stars of Ursa Major so it will be visible to the naked eye, Sputnik news revealed.