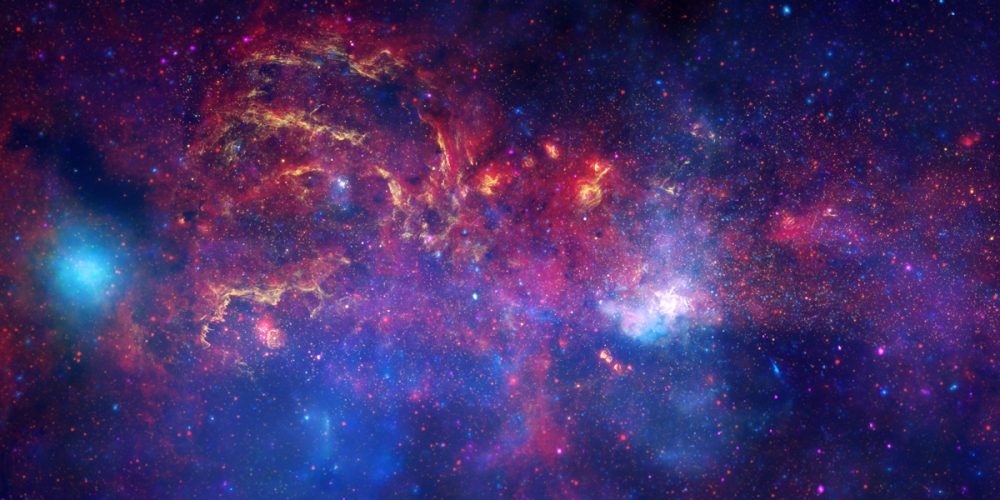 Listen to what a distant region of space in the Milky Way Galaxy sounds like thanks to sonified data.

Seeing the stars in our Milky Way Galaxy is an incredible feeling. Recently, I’ve started taking astrophotography pictures and have submersed myself in the wonders it has to offer. Getting my first shot of the stars was an amazing feeling that left me hungry for more.

Comet NEOWISE then came along, and I was very excited about it; it was perfect timing as I had just bought the camera, and I wanted to see whether I could get a photograph of the comet before it was too faint to capture.

Luckily for me, I did, and the images I snapped filled me with joy, leaving me wanting more. I eventually ended up taking some pretty solid images of the Moon and even managed to get a picture of the Andromeda Galaxy.

But I’ve never actually asked myself what stars sound like. I mean, I’ve seen some pretty incredible images snapped by the Hubble Space Telescope of Our galaxy and the universe, and I’ve seen some incredible images of astrophotographers around the globe, but never did I wonder whether we could “listen in” to stars and what these sounds would be like.

A new project using sonification has converted astronomical images from NASA’s Chandra X-ray space observatory and other telescopes into sound.

This allows users to “hear” the center of the Milky Way, as seen in X-rays, optical and infrared light.

By translating the inherently digital data (in the form of ones and zeros) captured by telescopes in space into images, astronomers create visual representations that would otherwise be invisible to us.

In videos with sonified images, the translation begins on the left side of the image and moves to the right, and the sounds represent the position and brightness of the sources.

Light from objects toward the top of the image is heard as higher tones, while the intensity of the light controls the volume. Stars and compact sources become individual notes while expanding clouds of gas and dust produce an evolving hum.

The crescendo occurs when we reach the bright region in the lower right of the image.

This is where the 4 million solar-mass supermassive black hole at the center of the galaxy, known as Sagittarius A * resides and where the clouds of gas and dust are brightest.

Users can listen to data from this region, approximately 400 light-years in diameter, either as “individual sounds” from NASA’s Chandra X-ray Observatory, the Hubble Space Telescope, and the Spitzer Space Telescope or together as a set in each telescope plays a different instrument, according to a statement posted on the Chandra website.

Each image reveals different phenomena that occur in this region, about 26,000 light-years from Earth.

Chandra X-rays reveal gas heated to millions of degrees by stellar explosions and outflows from Sagittarius A*.