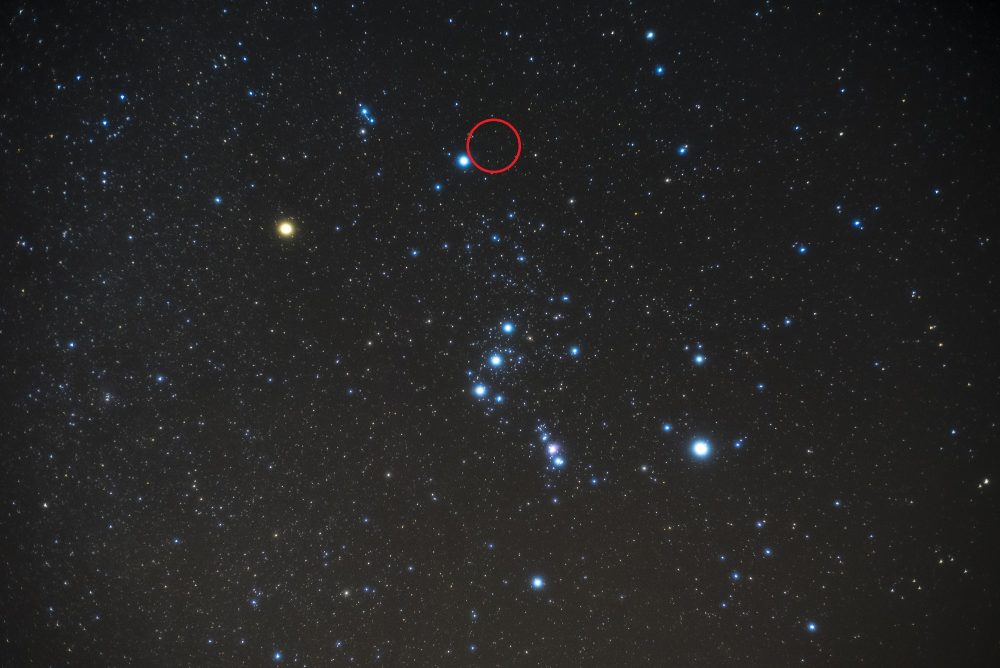 Of all the exoplanets we've confirmed to this day, none is as mysterious and amazing as this potential world located in the constellation of Orion.

Hidden away within the constellation of Orion is a mysterious planet—orbiting as many as three stars—that could be one of the most unique worlds we’ve found to this day.

The universe is a strange place, but we’ve already known that for quite some time. In our effort to explore space, we’ve encountered, from time to time, some really strange things. We’ve found strange objects zooming through our solar system, like interstellar object ‘Oumuamua, which some scientists think may even be the remnant of alien technology. We’ve also found supermassive black holes that shouldn’t even exist, and we have found that the universe is teeming with Earth-like planets, some of which may even meet the necessary conditions to support life as we know it. The more we explore the cosmos, the more amazing the universe becomes.

Now, in our exploratory effort, the cosmos, astronomers say they have found what could be the first known exoplanet in the universe that orbits not one but three stars at once, and it is located in one of the most interesting constellations out there, the constellation of Orion.

The potential planet which is hidden away in the constellation Orion is part of a star system that could give Tatooine – Luke Skywalker’s home planet of two suns – powerful competition.

Known as GW Orionis, the system is located approximately 1,300 light-years from Earth. Astronomers say it is a rare example of a triple star system, with two suns orbiting each other in the center and a third one moving around its siblings at distances of several million kilometers. The inner stars at GW Orionis are located at a distance of one Astronomical Units. The stars are known as GW Ori A and B. The third star, GW Ori C, orbits GW Ori A and B at a distance of 8 Astronomical Units.

Scientists previously identified the system by its three bright rings: a proto-planetary disk divided in such a way that it resembles a cosmic shooting target.

Now a closer analysis has revealed that the rings may contain more than just dust. According to two recent studies published in Science and The Astrophysical Journal Letters, respectively, there could be a young planet growing within the rings and pulling the gravitational balance of the entire system, in a cosmic tug-o-war we’ve never seen before.

Observations to date show that the inner proto-planetary disk wobbles like a broken gyroscope and astronomers say that the existence of a young planet there would explain this strange observation. If this is confirmed, it will become the very first exoplanet in the universe that orbits not one, two, but THREE stars at once.

Astronomers observed the star system and noticed a clear difference in the orientation of the planet-forming disks. The innermost ring appears to be very misaligned compared to the other rings. This misalignment was observed for the first time back in 2017 when astronomers used ALMA to take a peek at GW Orionis

“We were surprised to see the strong misalignment of the inner ring,” explained Jiaqing Bi of the University of Victoria in Canada, and leader of the team that published their results in The Astrophysical Journal Letters in May this year.

“But the strange warp in the disk is confirmed by a twisted pattern that ALMA measured in the gas of the disk.”

Some experts have theorized that the gravitational pull alone from the tripe stars isn’t strong enough to explain the misalignment in the disks.

“We think that the presence of a planet between these rings is needed to explain why the disk was torn apart,” revealed team member Nienke van der Marel of the University of Victoria.

“This planet has likely carved a dust gap and broken the disk at the location of the current inner and outer rings,” she concluded.

If we confirm the discovery, it would prove that many of the things we’ve considered pure science fiction and possible only in movies such as Star Trek and Star Wars (among others) are, in fact, far closer to reality than we’ve ever thought possible. 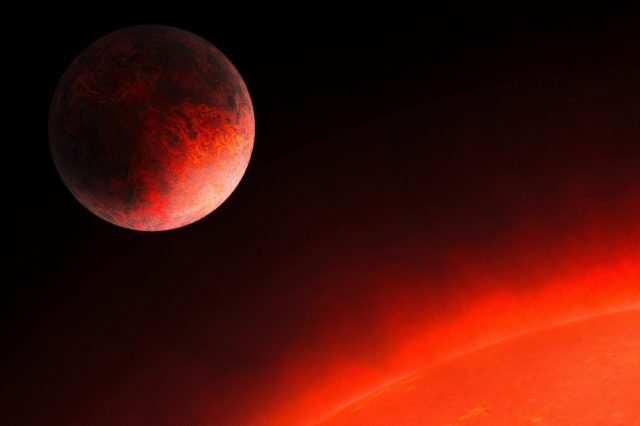