Researchers from the United States revealed they have found traces of occupation in a cave near the Salar de Uyuni, (Salt Flat) near the border with Chile.

“It is the oldest, most systematic finding that has been made in Bolivia,” researcher and professor Juan Albarracin-Jordan told EFE.

Albarracin-Jordan explained that evidence of human occupation was discovered in a cave called Bautista, high up the Lipez Plateau, located at around 3,900 meters above sea level.

There, beneath the soil that had gathered for millennia, researchers discovered the “remains of the first hunter-gatherers who settled in the region thousands of years ago.

Dating back to the Pleistocene

Among other finds, the researchers discovered “small remnants of coal” from stove-like devices in the deepest layer, which have been dated between 12,800 and 13,000 years ago, explained Albarracin-Jordan, saying that evidence of human occupation can be traced back to the late Pleistocene, a geological period that lasted from 2,588,000 to 11,700 years ago, spanning the world’s most recent period of repeated glaciations.

Among other things, the researchers discovered lithic materials such as small knives and scrapers, or obsidian and silica flakes.

The scientists admitted that it was not possible to clearly determine where these hunters came from but believe their origin can be traced back to certain regions in South America.

Furthermore, any of these people may have originated in Asia, and crossed into the American Content some 12,000 years ago through the Bering Strait.

“Most likely, these people were formed of groups that entered from the coast and then began to make trips and excursions looking for resources that were abundant at that time in the Andes,” added Albarracin-Jordan, who described that at that time “there was a vast and wide variety of fauna and flora” in the region.

As noted by Albarracin-Jordan, the groups of the time “attracted by these resources, began to make explorative excursions in quite high ecosystems”, which derived, over the years, in populations adapted to the height. Among them, we have the Aymara people who have a “unique and interesting biological adaptation” to high altitudes.

The expert revealed that it was a gradual process: first, the groups performed excursions looking for resources, then perhaps they stayed a little longer, and then, with the domestication of llamas and the domestication of quinoa and potatoes the first villages developed in the Altiplano.”

However, he stressed that current research shows that although the cave was occupied between 13,000 and 11,000 years ago, there was a gap between 8,000 and 6,000 years ago, a period of great aridity in the region, which was repopulated around 4,000 years ago.

The co-author of the paper José Capriles stressed that the remains suggest that the “hunter-gatherers at that time were moving through several ecosystems, not only were they occupying the highlands”, but they also moved towards the Atacama Desert, the coast and potentially the intertropical zones.

Capriles, who is an assistant professor of anthropology at Penn State University in Pennsylvania, said that by then the landscape in the region “was more productive: there were more animals, more plants,” and even Salar de Uyuni which is currently a desert was a lake in the not so distant past.

The researchers explained that these discoveries “talk a lot about the adaptive capacity of the human being in general” and gives continuity to the process that occurs in the highlands.

There, “we have one of the first complex societies that settled in the highlands, for example, the state of Tiahuanaco, among others,” explained the researchers.

The discovery also speaks of the long mobility cycles of these groups and how they were potentially supported by certain climatological and environmental processes that favored or disfavored the occupation of certain spaces.

Capriles explained that the first excavations were made in 2008, continued in 2010 and since then they have been working in various places across Bolivia. 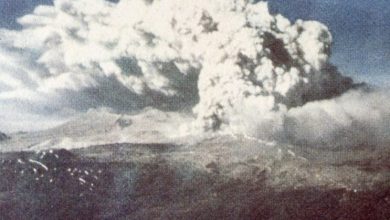 Unwritten Mystery: How did the Ancients Move 100-Ton Megaliths at Puma Punku?

Researchers Find the Oldest Human Footprint in the Americas

A Mysterious Elongated Skull, Dating Back More Than 1,000 Years Discovered in Chile