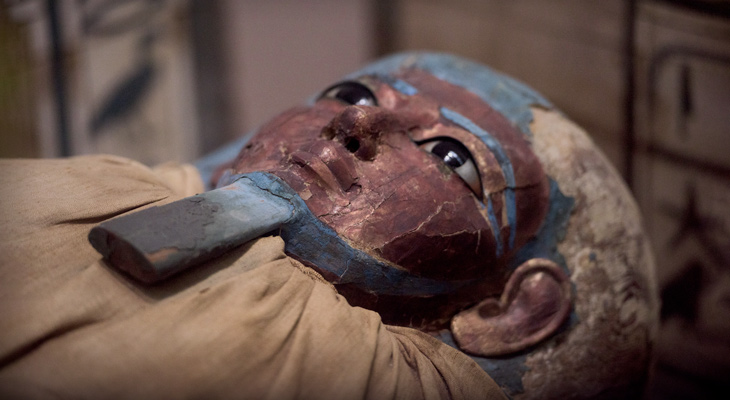 The ancient Egyptian civilization never ceases to amaze me.

Just as their architectural skills were sophisticated and ahead of their time, the Egyptians were advanced in many other aspects. They were incredible astronomers and skilled workmen, but they were very advanced in medicine as well.

But just how advanced and ahead of their time were they in terms of medicine? A study by Greek scientists revealed a plethora of information about the ancient Egyptians.

The scientists studied one of the mummies housed in the Museum of Athens, which dates back to the Ptolemaic period. The study of the mummy confirmed that thousands of years ago, the ancient Egyptians developed dental fillings.

This millennial “dental” treatment would confirm the high degree of medical advance that Egyptian civilization possessed at a time when most cultures were only introducing oral hygiene into their daily life.

Don’t get me wrong. Dentistry has been practiced around the world for more than 9,000 years. In fact, the earliest traces of dentistry can be traced back to the Indus Valley Civilization, who introduced dental hygiene and identity around 7,000 BC.

The age of the mummy the researcher studied–whose cause of death still remains a mystery, was dated between 150 and 30 BC.

The mummy was studied with the help of a CT scan, which revealed a porous cavity filled with protective materials, which was the “dental filling” in use at the time.

Archaeologists explained that cavities were not frequent in the past but, with the arrival of carbohydrates, this was changing.

Likewise, they managed to identify some of the natural ingredients of these “pastes” with which ancient Egyptian dentists filled the teeth of their patients: cumin, frankincense, myrrh, resin, and blue lotus.

The first named dentist in ancient Egypt and the world was a man called Hesi-Re; an official, physician, and scribe who served Pharaoh Djoser during the Third Dynasty of Egypt. Hesi-Re’s title was “Doctor of the tooth.”

It is unsurprising to discover the high degree of medical advancement in Egypt. the physicians of the Pharaohs were highly skilled doctors and were no strangers to “advanced” dentistry work, including reconstruction work and even dental bridges.

Previous studies have revealed how ancient Egyptian dentists would connect two or more lost teeth by reattaching them with the help of gold or silver wires surrounding the teeth. In some cases, the researchers have found that donor teeth were even used.

The level of medical skills in Egypt is well attested. There are ancient manuscripts around 5,000 years old that detail the treatment of numerous dental ailments. One such example is the Ebers Papyrus, written some 3,550 years ago.

The manuscript is a 110-page scroll, approximately 20 meters long, and is regarded as the most extensive and best-preserved record of ancient Egyptian medicine, featuring as many as seven hundred magical formulas and remedies.