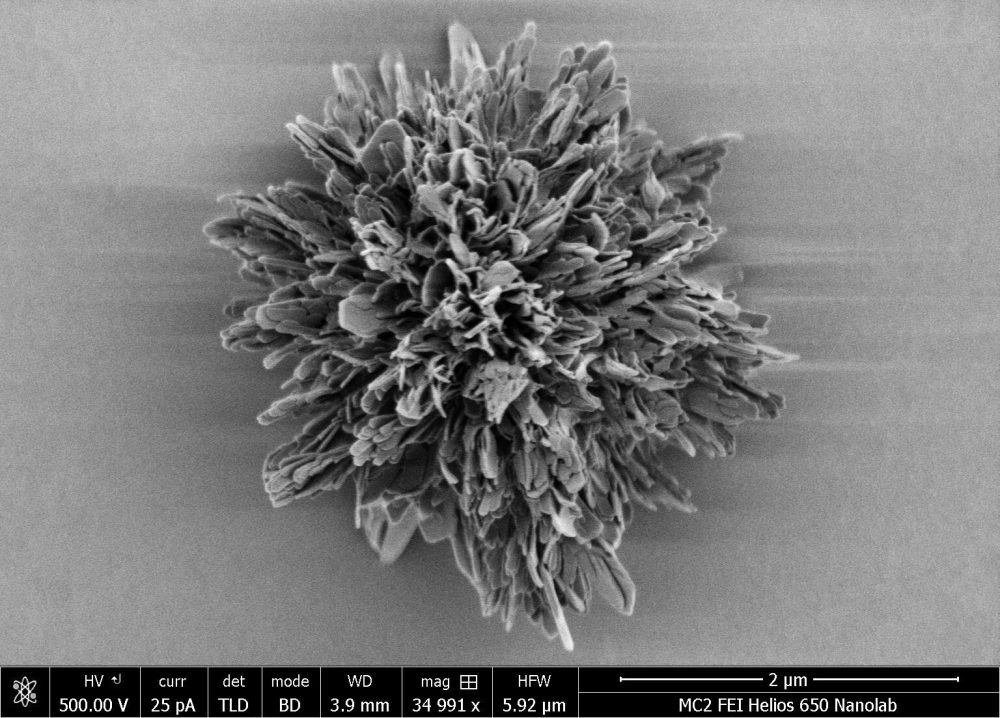 It's so complex that it is found to even outdo nature's intricacy.

Synthetic microparticles, more complex than some of the most complex found in nature, have been produced by an international team led by scientists from the University of Michigan. They also investigated how that complexity arises and devised a way to measure it, something never achieved until now.

The findings, published in Science, pave the way for more stable mixtures of fluids and particles, such as paints, and new ways of twisting light, a prerequisite for holographic projectors. The particles are made up of twisted spikes arranged into a ball a few microns, or millionths of a meter in diameter.

Mother nature turns out to be a very talented creator when it comes to the complexity of the nano- and microscales, with pointed structures such as plant pollen, immune cells, and some viruses being perfect examples of that.

Among the most complex natural particles on the scale of the new synthetic particles are pointy coccolithophores. A few microns in diameter, this type of algae is known to build intricate limestone shells around it. Scientists and engineers try to reproduce them in the laboratory to better understand the rules that govern how particles like these grow.

But until now, there was no formal way to measure the complexity of the results.

“Numbers rule the world, and being able to rigorously describe spiky shapes and put a number on complexity enables us to use new tools like artificial intelligence and machine learning in designing nanoparticles,” revealed Nicholas Kotov, the Joseph B. and Florence V. Cejka Professor of Engineering at U-M, who led the study.

The group of researchers made use of the new framework to describe how their particles could become even more complex than coccolithophores. André Farias de Moura, professor of chemistry at the Federal University was in charge of studying the quantum properties of the particles, as well as the forces acting on the nanoscale of its building blocks.

The researchers introduced chirality by coating nanoscale hold sulfide sheets. They were able to create the building blocks of the particles using an amino acid called cysteine.

Cysteine comes in two mirror-image forms, one driving the gold sheets to stack with a clockwise twist, and the other tending toward a counterclockwise twist. In the case of the most complex particle, a spiky ball with twisted spines, each gold sheet was coated with the same form of cysteine, explains Phys.org.

The team of scientists also monitored other interactions. By using flat nanoparticles, they created spikes that were flat instead of round. Scientists also made use of electrically charged molecules to ensure that the nanoscale components turned into larger particles, larger than a few hundred nanometers in diameter, due to repulsion.