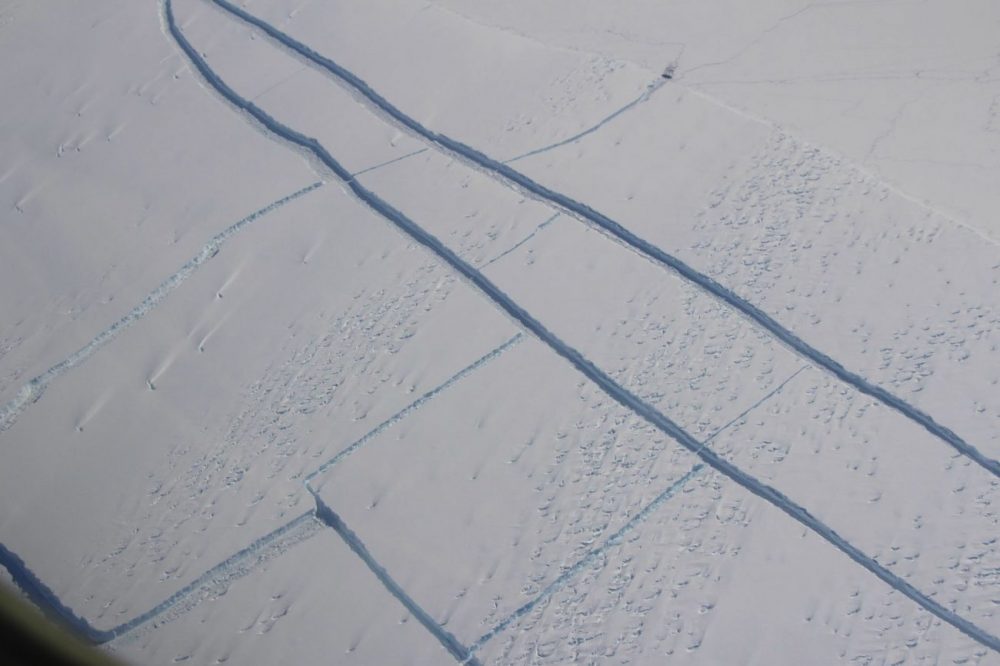 This stunning fifty-second video displays iceberg movement from 1976 to 2017.

Even though scientists have been aware that massive chunks of ice are breaking off of Antarctica at an alarming rate, we’ve probably never seen how bad it looks in the longer run.

For example, if you were to look back in history, say forty years, would you know how many icebergs have broken off Antarctica? Could you even imagine such a thing?

Probably not until you saw a visualization that will help you understand the scale of the problem.

To help us see how bad things are at Antarctica, science animators Pixel Movers & Makers (Marlo Garnsworthy and Kevin Pluck) have created a stunning fifty-second video that displays the iceberg movement from 1976 to 2017.

Only after watching it can you actually understand how much ice breaks off Antarctica and what that means for the rest of the world.

Garnsworthy and Pluck used data gathered from various sources and agencies to make their visualization, including the Center for Remote Sensing at Brigham Young University (BYU) in Utah, the NASA Jet Propulsion Laboratory, and the European Space Agency.

We've been looking forward to making this!

Among several curiosities, the video highlights the Larsen B ice shelf’s rupture in 2002 and the movement of Iceberg B-15, which has a surface area of around 11,000 square kilometers, and the biggest recorded iceberg in history, which detached itself from the icy continent in March of 2000.

From yesterday's #IceBridge flight: A tabular iceberg can be seen on the right, floating among sea ice just off of the Larsen C ice shelf. The iceberg's sharp angles and flat surface indicate that it probably recently calved from the ice shelf. pic.twitter.com/XhgTrf642Z

“I was surprised and yet not to see an apparent uptick in iceberg flux in recent years,” Garnsworthy told Brian Kahn at Earther.

“Certainly, the calving and breakup of B-15 and the collapse of Larsen B ice shelf in 2002 are pretty spectacular.”