Among the treasure trove of UFO-related documents are the details of a supposed “close encounter” in which the main witness was left with scars.

Thousands of UFO’s are reported in the sky in different parts of the world each year. No matter which continent we take a look at, there are videos and images of projects people are unable to explain.

Although some of these UFOs may be no more than natural phenomena, there are certain sightings that merit a close look.

Canada is no exception. North Canada is home to countless strange phenomena, and UFOs are just one of the many.

Recently, it has been reported that as many as 30,000 UFO-related reports and documents have been donated to the University of Manitoba in Winnipeg.

“This unique and intriguing historical collection will greatly add to our understanding of the study of UFOs, and will attract students and researchers to study these phenomena for a whole range of reasons,” explained Shelley Sweeney, Head, Archives & Special Collections.

“It complements our extensive collection of psychical research and spiritualist archives and puts Winnipeg on the map as the preeminent destination for the study of the paranormal.”

The UFO-related documents were donated by Chris Rutkowski, a prolific Canadian ufologist.

The massive collection includes more than 20,000 UFO reports from the past 30 years, in addition to 10,000 Canadian government documents related to the phenomenon.

Some of these documents refer to a famous close encounter known as the Falcon Lake incident – something many UFO researchers recognize as “the best documented UFO case.”

This UFO encounter took place on May 20, 1967, when an amateur geologist named Stefan Michalak was doing quartz surveys near Falcon Lake in Manitoba – a Canadian province that borders to the South with North Dakota in the US.

During his investigation, Michalak was surprised by an agitated flock of geese that pounced in his direction. According to reports, these birds were fleeing from two bright objects that were in the sky. One of these objects flew away while the other landed not far from Michalak.

Left perplexed by the encounter, the amateur geologist drew what he had seen in his notebook: a strange saucer-shaped object, before gathering enough courage to approach the unusual craft.

After spending around half-an-hour drawing what had just landed before him, Michalak decided to take a close look.

The report of the UFO encounter reveals that Michalak felt the air near the object was extremely hot as he approached it, and a sensation of sulfur surrounded the object.

Squeaking noises came from inside the vehicle. The amateur geologist tried touching the saucer, but it was so hot that it burned his fingers as he tried making contact.

What followed is nothing less of terrifying. The saucer that had landed had an opening on one side. As Michalak approached the saucer, the door abruptly closed, and the saucer began moving. The mysterious object eventually zipped off into the sky, and as it did, a hot gas was expelled from the craft and struck Michalak on the abdomen.

This gas burned Michalak’s clothes and left with first degree burns on his stomach, on which the pattern of the ship’s grid was etched. A hospital in Winnipeg treated his burns.

Michalak reported the incident to both Canadian and US authorities and eventually completed a physical and psychic evaluation at a Clinic in Minnesota where experts determined that the man did not lie nor did he hallucinate.

Not long after the UFO encounter, several odd pieces of twisted metal were recovered from the supposed landing site of the saucer.

The analysis showed that the metal was highly radioactive. Strangely, Michalak’s clothes that came into contact with the object, as well as soil samples of the location were found to be highly radioactive. The soil where the supposedly flying saucer landed was left heavily damaged.

To this day, neither the RCMP nor the Canadian Forces were able to explain the event and what exactly Michalak experienced.

UFO encounters have become quite popular and recent reports suggest that governments around the world have been studying the enigmatic objects longer than they are willing to accept.

Here Are 3 Perplexing Accounts of UFO Sightings in Antiquity 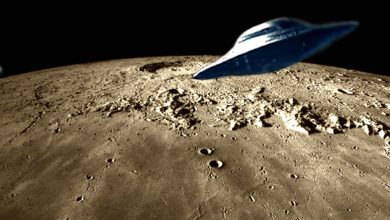 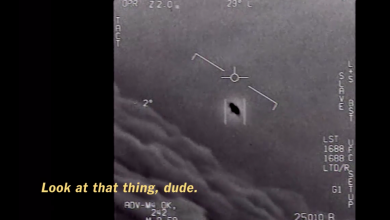