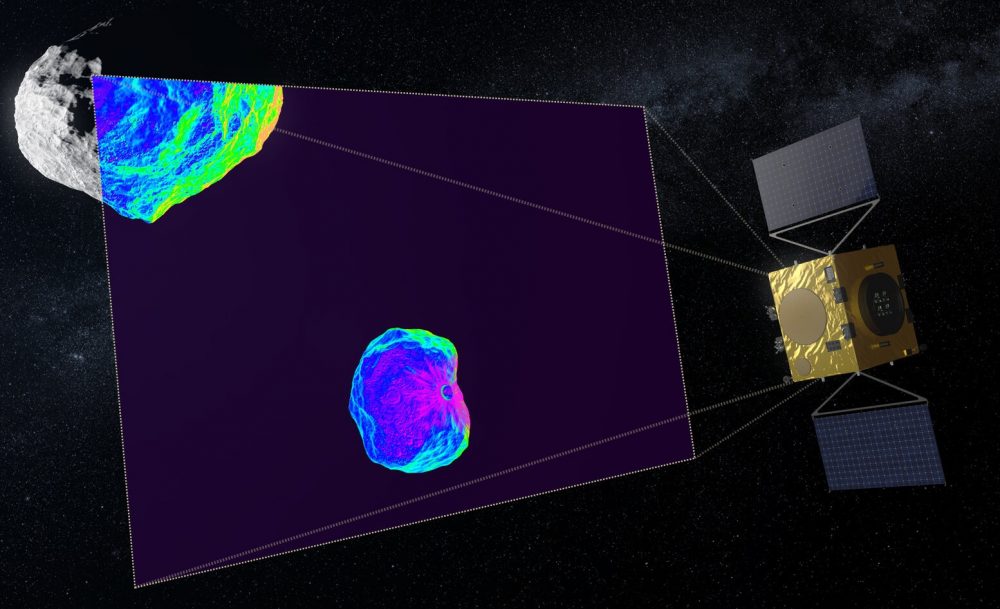 Some of NASA's planned missions seem like they were taken from a science fiction movie or novel.

Last year, the European Space Agency (ESA) signed a contract for the design, construction, and testing of three spacecraft for the Hera mission, which will investigate the binary near-Earth asteroid system Didymos. The mission will have to confirm the change in the orbit of one of the two bodies – asteroid Dimorf, as a result of the collision of the DART impact probe, which will occur in 2022. Yes, NASA plans to crash a small spacecraft with an asteroid.

Asteroid system Didymos became the goal of the first experiment to protect the Earth from dangerous bodies. This can happen by changing the direction of their movement.

It will be carried out in two stages: first, in September 2022, the NASA DART (Double Asteroid Redirection Test) impact probe will arrive at the system, which will conduct a controlled collision with one of the bodies in the system – a 160-meter asteroid.

Then, in 2027, the European interplanetary station Hera with two satellites-CubeSats will fly to the asteroids. It will conduct a comprehensive study of the bodies and will try to confirm that the collision of the probe with the asteroid really changed its trajectory.

NASA’s plans to defend our planet

The DART mission will be NASA’s first test for planetary defense. The probe is set to collide with asteroid Didymos’s smaller moon – Dimorphos.

The purpose is to change the trajectory of the asteroid. The mission will also include a small satellite which will be deployed minutes before the collision. This small spacecraft will record the impact and give scientists data on how much Dimorphos’s trajectory was affected.

More on the Hera mission

Hera is expected to launch into space in October 2024 and arrive at Didymos in 2027, delivering 6U APEX (Asteroid Prospection Explorer) and Juventas CubeSat satellites, which will attempt to land on Dimorphos at the end of their mission.

The tasks of the vehicles include studying the relief and composition of the surface of asteroids, including a man-made impact crater, determining their shape and mass, as well as studying the internal structure based on low-frequency radar observations and establishing the fact of a change in the Dimorphos’s orbit.

On September 15, 2020, ESA Chief Technology Officer Franco Ongaro and General Director of OHB, the general contractor of the Hera consortium, Marco Fuchs, signed a contract for the design, creation, and testing of all three mission vehicles, for a total of 129.4 million euros.

The project will involve 17 countries, each of which will supply certain components of onboard systems and scientific instruments. In particular, Germany will assemble the Hera, Belgium will create an on-board computer and software for it, and Denmark, France, and Finland will develop a number of components for the Cubsat satellites.

New data on the asteroids Didymos and Dimorphos

The asteroid Dimorphos, which the DART probe is supposed to crash into in 2022, may be a fragment of its companion, the asteroid Didymos. By far, Dimorphos was only considered as the small moon of the larger asteroid.

A group of planetary scientists led by Yun Zhang from the University of the Côte d’Azur published the results of computer simulations of the structural stability and cohesive strength of Didymos (excluding the influence of his satellite Dimorphos), using ground-based observations of him.

Researchers created a model of a rotating body of the “pile of rubble” type, which consisted of 40-100 thousand particles. It is noteworthy that astrophysicist and guitarist of the rock band Queen Brian May took part in the work. Scientists pursued two goals in their work – to better understand the formation and evolution of binary asteroid systems, and also to prepare for future analysis of observational data from DART and Hera.

These values ​​are very small, which means that the asteroid is on the verge of maintaining a stable shape, and a rapid small (by 0.0001 hours) decrease in its rotation period could lead to a change in body shape or loss of mass.

Thus, the asteroid Dimorphos may be part of Didyma which separated in the past. Scientists believe that the resulting simulation data will need to be taken into account when interpreting Hera station data, as well as in future attempts to simulate the DART probe collision with Dimorphos. 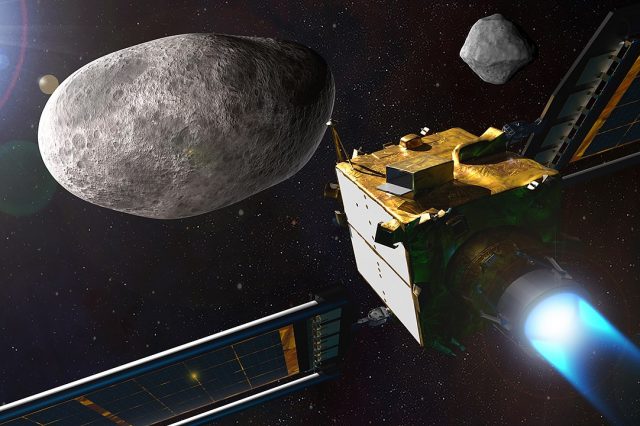