This November 16 marks the 44th anniversary of the so-called Arecibo message, which contains information about our position in space, our solar system, Earth, and us as a species inhabiting it.

The Arecibo message was an attempt to contact any advanced alien civilizations in the universe.

The ‘Alien Message’ had a length of 1679 bits and was sent in the direction of the star cluster called M13.

This celestial object, located in the direction of the constellation of Hercules, at a distance of about 25,000 light years, consists of some 400,000 stars.

“It was a strictly symbolic event, to show that we could do it,” Cornell University professor of astronomy Donald Campbell recalled of the momentous event.

The message was designed by Frank Drake, Carl Sagan, and others.

The Arecibo Message was transmitted at a frequency of 2380MHz, the message consisted of 1,679 binary bits representing ones and zeros arranged in a grid 73 rows by 23 columns.

There are 8 possible configurations (the 8 symmetries of the same pattern) that show a non-random drawing.

As noted by experts, the message could be arranged in a grid 73 rows by 23 columns to form a pictograph that contains information about mathematics, human DNA, planet earth, and humans, fundamental chemicals of life as well as a depiction of the Arecibo Telescope used to transmit the message.

Once the message arrives at its intended destination, and someone actually decides to write back, we would have to wait another 25,000 years in order to receive the message.

Also, the star cluster where we sent out the message, M13, will by then have already moved to another position as part of the galaxy’s normal rotation period. Nonetheless, the message will continue traveling through space, eventually reaching distance galaxies in the universe. 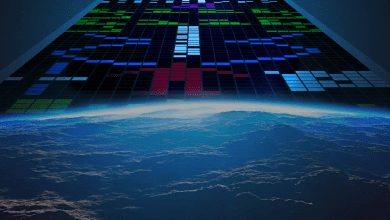