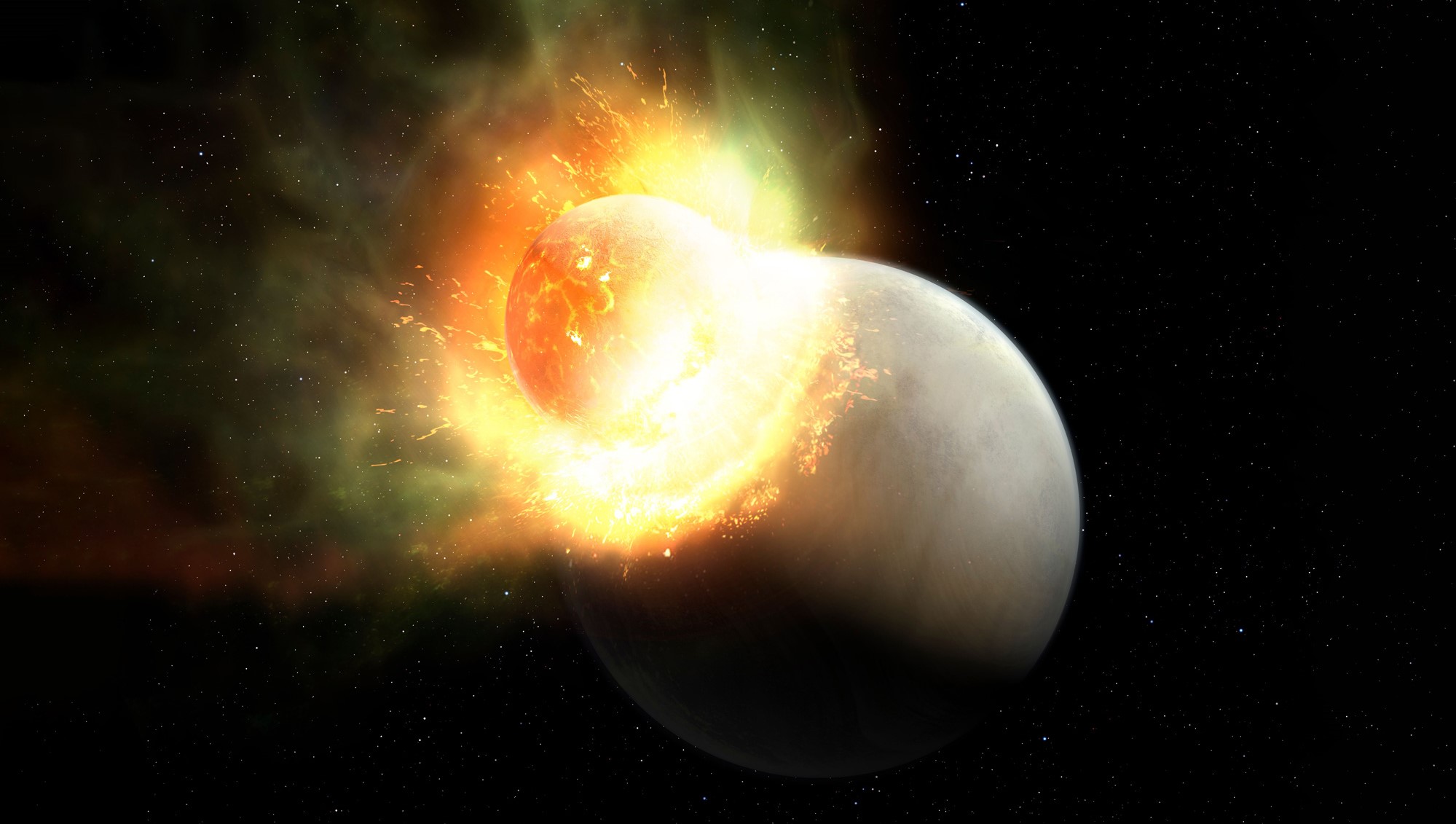 Scientists have found evidence of a violent planetary impact between two planets which is a common incident in young solar systems.

The ALMA ground-based radio telescope has found evidence that two terrestrial exoplanets collided in the young star system HD 172555 about 200 thousand years ago. This led to the formation of debris and dust, in addition, one of the exoplanets could have been stripped of the atmosphere, enriching the circumstellar environment with carbon monoxide.

When do planets collide and what is the aftermath of such events?

Models of the formation of terrestrial planets predict that in the final stages of the process, which lasts tens of millions of years after the disintegration of the protoplanetary disk, planets often collide with each other. It is assumed that it is thanks to such cataclysms that planets like the young Earth grow to their final sizes. In particular, the shock theory is considered as one of the main versions of the formation of the Earth and the Moon.

At the same time, it is predicted that there are other results of such events when planets collide such as the formation of debris. The most convincing case of observations is the system with an A-type star HD 172555, located at a distance of 95 light-years from the Sun.

The system is 23 million years old, and earlier observations revealed large amounts of warm dust with an unusually steep size distribution, in particular an overabundance of sub-micron-sized dust grains, and an atypical composition that includes tektite, obsidian, and silicon monoxide. All this, according to scientists, can be explained by a powerful collision of two large objects or a massive asteroid belt.

Carbon monoxide in the circumstellar medium will undergo photodissociation under the action of ultraviolet radiation. Therefore, the detection of this highly volatile gas in the region corresponding to the thermal conditions of the Main Asteroid Belt in the Solar System should be explained by the recent mechanism of generation or replenishment of CO reserves in the system.

Scientists have come to the conclusion that the most convincing scenario for the HD 172555 system is a giant collision of two planets, comparable in size to the Earth and a total mass of eight Earth masses, which took place at least 200 thousand years ago.

When two planets collide, one loses its atmosphere

At the same time, during a collision, up to 60 percent of the gas envelope containing CO 2 could be stripped off one of the planets, which was later transformed into CO. For lighter atmospheres dominated by molecular hydrogen, or for less massive planets, the percentage of gas envelope removed may vary depending on the CO and/or CO 2 content.