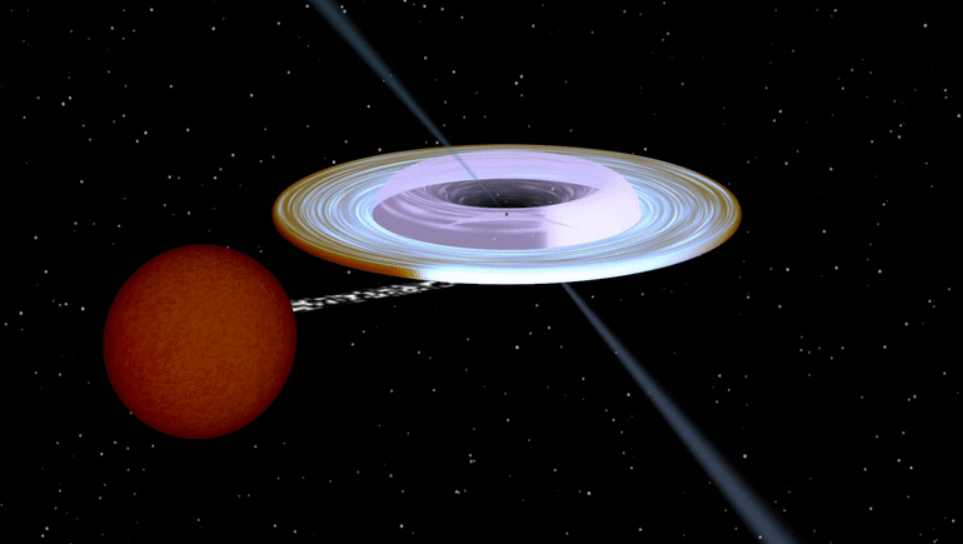 Astronomers discovered a unique spinning black hole. For the first time, they measured with great precision the angle between the axis of rotation of a black hole and the axis of the orbit of an X-ray binary.

In the case of the MAXI J1820 + 070 system, it turned out to be more than 40 degrees, which is why the black hole in it seems to be lying on its side to an earthly observer. The discovery will test models for the formation of black holes.

In astrophysics, black holes are described by just two parameters – mass and spin. When a black hole is in a binary system, then it can be additionally described by the rate of accretion of matter onto it and the angle between the black hole’s rotation axis and the axis of the system’s orbit.

In the case of binary X-ray systems containing black holes, a significant mismatch of the axes can be observed, which will manifest itself, for example, in the form of the Lense-Thirring effect of the hot flow of matter around a black hole.

The detection of orbital precession by the LIGO and Virgo observatories in the gravitational wave signals from some black hole merger events also testifies in favor of significant misalignment of the axes in these systems.

The presence of a strong misalignment of the rotation axes imposes strong restrictions on the mechanisms of the explosion of massive stars and the formation of black holes.

To determine the spin of a black hole, one can use the jets generated by it in a binary system, and the orbital inclination can be determined in the course of observations of changes in the brightness of the system in the optical and X-ray wavelengths.

Scientists discovered a spinning black hole that is tilted

A group of astronomers led by Juri Poutanen from the Laboratory of Fundamental and Applied X-ray Astrophysics of the IKI RAS published the results of an analysis of data from the high-precision DIPol-2 and DIPol-UF polarimeters installed at the Northern Optical Telescope behind the MAXI J1820 + 070 X-ray binary system in a calm state and flash state.

The system was originally detected by the ISS-mounted MAXI X-ray monitor in March 2018 and contains a black hole with a mass of 8 solar masses and a companion star that is half the mass of the Sun. Jets visible in the X-ray and radio bands were also observed in the system.

Scientists have determined that the values ​​of the position angle of the binary system, which determines its deviation relative to the direction to the north pole of the ecliptic, determined from the jets and the polarimetric method, differ from each other, which indicates a mismatch between the axis of the orbit of the binary system and the axis of rotation of the black hole.

The measured displacement of the axes was more than 40°, it is noted that this result is very reliable and does not depend on the details of the simulation. The observed misalignment of the axes must be associated either with the evolution of a binary system or with the process of formation of a black hole since the accretion of matter onto a black hole always brings the two axes together. 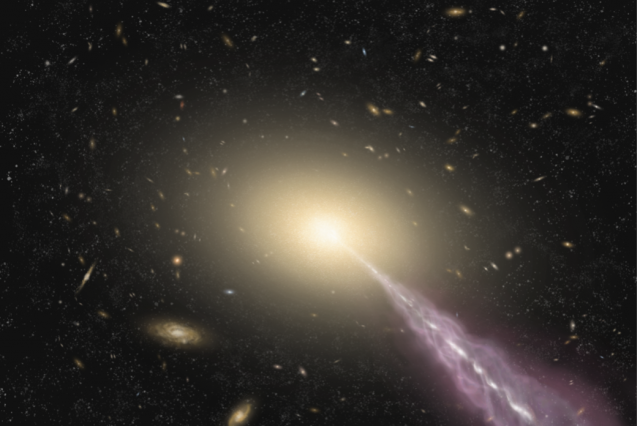 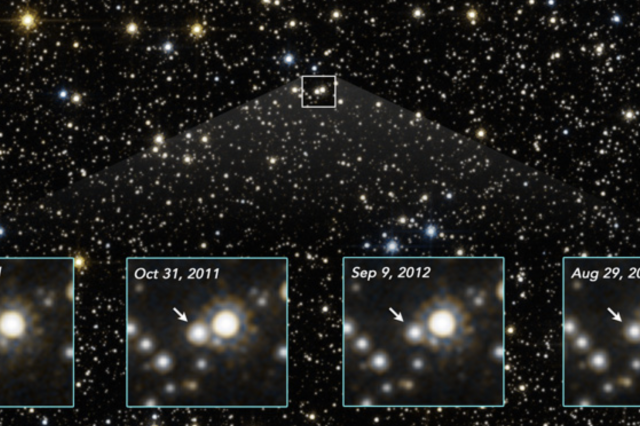