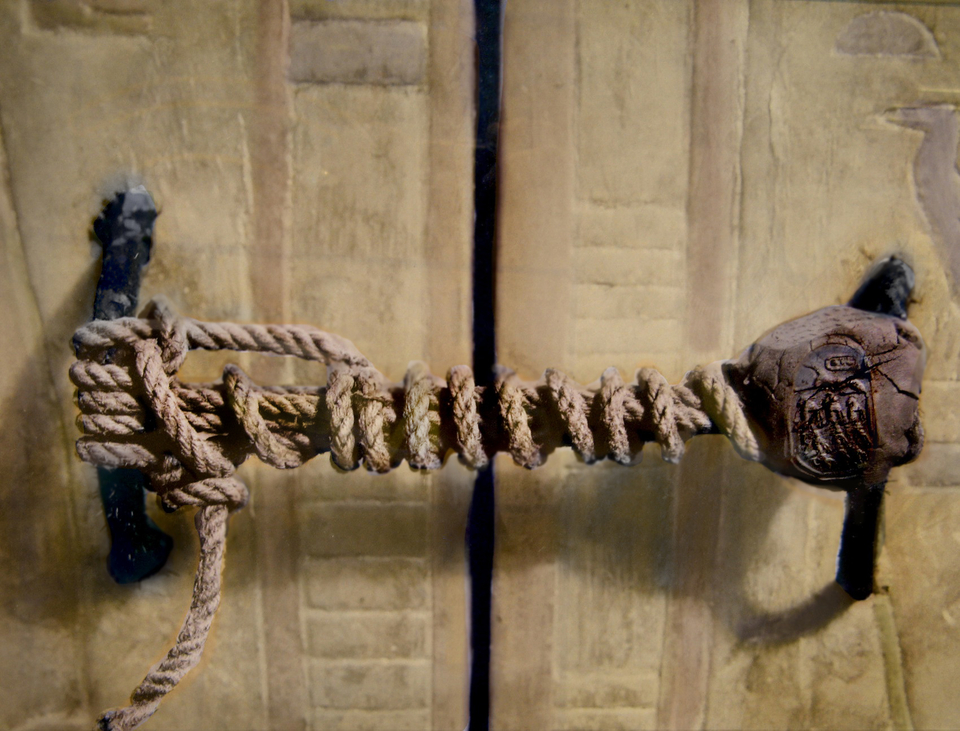 King Tutankhamun controlled and ruled Egypt as the youngest pharaoh for over ten years until his death at age 19 in 1324 B.C.

His rule was famous for changing the violent religious reforms of his father, Pharaoh Akhenaten.

Also, Tutankhamun’s legacy was widely opposed by his successors.

King Tut was a mysterious figure as we have no knowledge of his mother. Some have gone as far as to suggest that his mother was an alien due to the weird shape of his head, but this was likely not the case.

Archaeologists have curiously not been able to locate the traces leading to his mother.

Moreover, various other theories revolve around King Tut. For example, his tomb was quite small as compared to the other kings. Also, the paintings that have been discovered on the walls were hastily done. The tomb lacked finishing and an artistic touch.

It is also said that Tut’s tomb was cursed. Ever since King Tutankhamun’s tomb was found in Egypt’s Valley of the Kings, tales circulated that those who dared disrupt the king’s resting place suffered a terrible curse. The government and archaeologists were quite worried when multiple people succumbed to death after uncovering the tomb.

The officials wanted to close the tomb as quickly as possible but halted mainly because of scientific reasons. The world demanded explanations, and they were obliged to answer them.

The most mind-boggling fact is that he was not buried according to the Egyptian standards even though he was a famous King and ruled for ten years. The Pharaohs that succeeded him had more elaborate tombs and burials as compared to King Tut.

The archaeologists and Egyptologists are still pondering over this piece of information.

King Tut, buried in the Egyptian Valley of the Kings for over 3,000 years, may still have multiple secrets to reveal to the world. The researchers examined the remnants of ancient microbes on the walls of Tut’s tomb. They concluded that he was buried in a rush, so hastily that the walls had not even dried when the tomb was sealed.

Certain experts suggest that he did not die due to a disease or an injury. The archaeologists claim that he was murdered by his uncle, who wanted to take the throne for himself and rule Egypt. Just like Cleopatra, we have no knowledge about where his mother’s remains lie.

His uncle, Priest Ay, had an extensive tomb with all the details, etc. It is widely believed that he swapped his tomb with King Tut’s once he murdered him.

All in all, the question remains unanswered. Why was King Tut buried in a small tomb? Why was his tomb freshly done and sealed hurriedly? Tut was opposed by many for rectifying what his father did. Experts believe that he was murdered and did not fall sick for this very reason. His uncle had sufficient reasons to remove him from his path.

Egyptologists are still trying to locate the tomb, and final resting place of his mother.