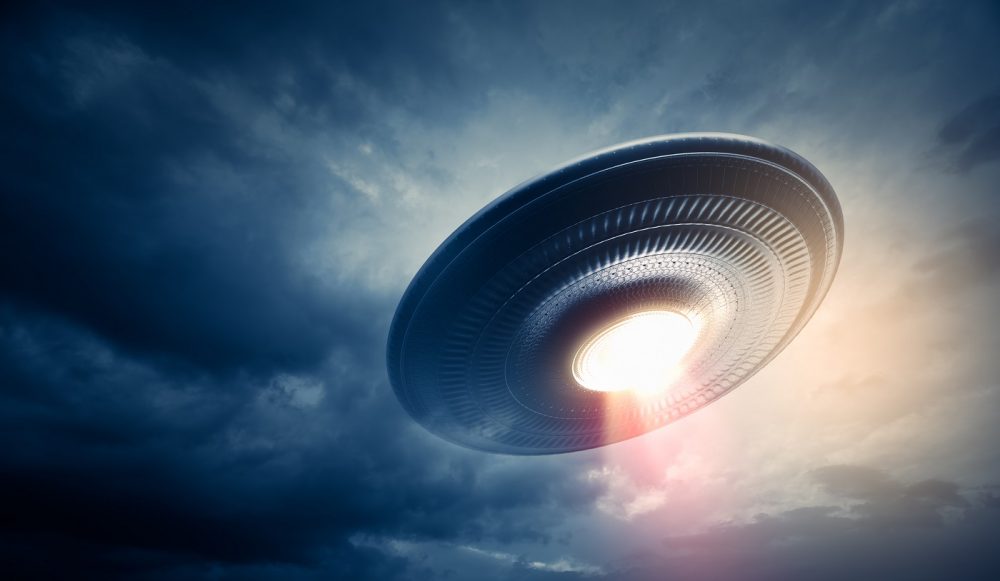 "We are hoping to detect UFO's (UAP's), determine their characteristics, flight patterns, and any patterns in the activity that will allow us to study them more effectively..."

I’ve believed in UFOs probably since I was a child. When I say UFOs, I mean specifically in vehicles that originated not from Earth. Millions of people around the globe do too. Whether it is UFOs, or the fancier, less conspirative name UAP–Unidentified Aerial Phenomenon, people worldwide believe that beings from other worlds are visiting us.

This notion, however, was until pretty recently a conspiracy. It was tinfoil-hat speak, and no one believed in UFOs or their otherworldly origin. Now it seems the tables have turned, and what was once no more than conspiracy is a subject worthy of the most rigorous scientific study.

I’ve written about UFOs a number of times on different sites, including Ancient Code, Curiosmos, Universe Explores, and EIC. All my articles were written in a sense that shows my belief in UFOs. Numerous times, especially on social media, was I ridiculed for my belief in UFOs. Nonetheless, my opinion bout these strange objects hasn’t changed, and now, more than ever, I firmly believe there are things out there that go beyond rational explanation.

This doesn’t mean that every UFO is inexplainable. Of course, countless sightings are perfectly explainable, even though the internet is overwhelmed by fake UFO images and videos shared by hoaxers who only harm the subject.

But despite these fake sources, recently, the scientific community has changed its view on UFOs. Now, perhaps unsurprisingly, the unidentified flying object phenomenon has become one worthy of the most rigorous scientific analysis.

A scientific approach to UFOs

What can scientists possibly offer in our quest to understand UFOs? Well, as it turns out, a lot. And honestly, I don’t know what took the scientific community so long to acknowledge that UFOs are a thing and that it is a subject worthy of study.

Scientists believe they can come up with new “tools” that would allow us to study the phenomenon better, and one of these tools could be satellites that are specifically designed and built for the study of UFOs.

Not so long ago, to the derision of the skeptical world, the US Navy officially admitted that the videos of pilots chasing UFOs were genuine. In August 2020, the US Navy even established a special body to investigate UFOs to determine whether they represent a threat to national security.

Renamed under the acronym UAPs (Unidentified Aerial Phenomena) to remove the merely alien stigma, Navy pilots have filmed these objects–apparently–flying at speeds greater than those by human-made objects today can achieve.

In the videos filmed by Navy pilots, UFOs–or UAPs–leave no visible trail of propulsion, they do not generate sonic booms, and ultimately, they show no sign of having come from this world.

This has generated interest among a group of scientists, who have often turned away from the subject due to prejudices or fears of what their colleagues will say.

Despite this fear of “what others might say,” there are scientists out there that are willing to contribute to a better understanding of the phenomenon and offer to give UFOs a much-needed scientific approach.

Speaking to Space.com, Philippe Ailleris, a project controller at the European Space Agency’s Space Research and Technology Center in the Netherland, revealed that there is a great “need for the scientific study of UAPs and a requirement to assemble reliable evidence, something that could not be so easily ignored by science.”

Ailleris added that we still don’t know what UFOs are nor where they come from, and we don’t have high-quality data, which makes their study a difficulty.

Ailleris points out that society has developed a series of tools that could potentially help us study UFOs; we have open tools and software, cloud computing, and, most importantly, artificial intelligence with machine and deep learning. Together with satellites in space, we could create a perfect tool for studying UAPs with our current technology.

As revealed by Ailleris, who teamed up with former NASA scientist Kevin Knuth, we can use Earth-observation satellites to search for UFOs. Satellite imagery can be used to detect and even monitor UAPs around the world.

“We are looking into using satellites to monitor the region of ocean south of Catalina Island where the 2004 Nimitz encounters occurred,” Knuth explained, referring to the UFO sightings reported by Navy pilots and radar operators aboard the aircraft carrier USS Nimitz.

“We are hoping to detect UAPs, determine their characteristics, flight patterns, and any patterns in the activity that will allow us to study them more effectively,” Knuth revealed to Space.com.

While all of this is promising, we are far from making it work. More scientists need to get involved in the matter, offering their expertise in their respective fields as tools to better understand the phenomenon.

After all, UFOs have been reported throughout history, across all continents. In other words, scientists have nothing to lose, and so much to gain, if they decide to take this subject seriously.