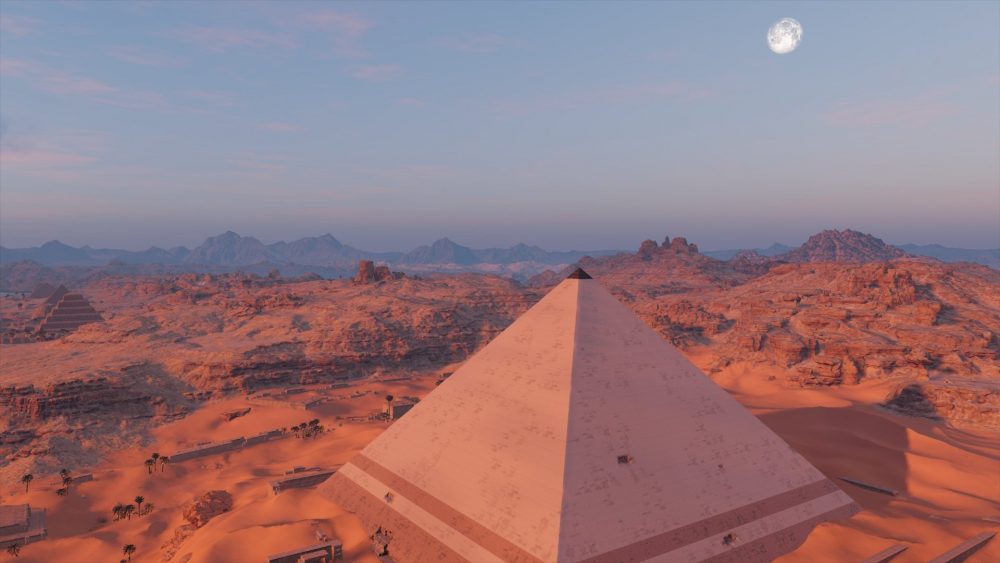 It was said to have been the most crucial part of the Pyramid, and many depictions of it today hint it was made of gold or other precious metals.

What happened to the capstone of the Great Pyramid of Giza? Was it lost, destroyed? Or is it possible it never had one in place? It was said to have been the most crucial part of the Pyramid, and many depictions of it today hint it was made of gold or other precious metals.

At the royal necropolis of Saqqara, to the south where centuries alter the great Pyramid of Giza would be built, King Djoser ordered his young architect and Vizier Imhotep to build a monument that would stand the test of time.

The Step Pyramid of Djoser marked a revolutionary change in Egyptian architecture, signalizing the birth of pyramids in Egypt. It was an exemplary and unique monument: the Pyramid complex of Djoser is seen as the earliest large-scale cut stone construction, contemporary to the South American pyramids at Caral. The six-stepped Pyramid is regarded as the earliest stone building in Egypt.

Pharaoh Djoser is believed to have ruled over Egypt for a period of nineteen years and is thought to have reigned long enough to allow his grandiose pyramid plan to be realized during his lifetime.

The Step Pyramid of Saqqara, which is thought to have been designed and constructed by Imhotep, changed Egypt in more ways than one. With a total volume of 330,400 cubic meters (11,667,966 cu ft), and a total height of around 65 meters once completed, the Step Pyramid of Djoser was seen as a wonder of architecture and engineering, signalizing a clear departure from previous, perhaps lesser forms of architecture.

Essentially, the Step Pyramid is the result of Mastaba’s evolution, according to Egyptologists. Imhotep is believed to have experimented with the design of the Pyramid by first constructing a kind of morphed Mastaba, which was gradually—during nineteen years—enlarged until it took the shape it has today: six blocks stacked one atop the other.

As a revolutionary structure that it was, it would be expected that a long line of similar structures would follow. However, strangely, this did not happen.

Although Djoser’s successors tired replicating the amazing architectural achievement of the Step Pyramid complex, it wasn’t until the Fourth Dynasty that Egypt saw another pyramid being built.

Although certain elements of Djoser’s Step Pyramid did endure and were borrowed by later generations of pyramid builders, a pyramid such as Djoser seemed to have been a nearly impossible structure for future generations.

The Step Pyramid of Sekhemkhet at Saqqara, just south-west of Djoser’s Pyramid was the first attempt to build a pyramid similar to that of Djoser. However, for reasons that remain unclear, it was abandoned soon after the construction was begun.

Another third Dynasty Pharaoh attempted—and also failed—to build a step pyramid complex. This is the lesser-known Layer Pyramid of Zawiyet el-Aryan, a monument shrouded in mystery. Just as the pyramid od Sekhemkhet, the Layer Pyramid was never completed and was abandoned soon after construction began.

It wasn’t until Sneferu that another pyramid would become reality: the (Step) Pyramid at Meidum. Today, the Pyramid remains half-collapsed with its outer core’s three steps only visible.

Eventually, Sneferu turned away from Meidum towards Dahshur and built two pyramids there.

Both of the pyramids at Dahshur left a profound mark in pyramid building in ancient Egypt.

The second Pyramid commissioned by Sneferu is considered to have been the Bent Pyramid. This monument shows clear evidence of experimentation by the workers. It is believed that the spy maid started as a Step Pyramid (similar to that of Djoser), but the builders were eventually tasked to cover the steps and attempt to build a smooth-sided pyramid.

Eventually, and after having learned from two previous pyramids, the builders commissioned by Sneferu successfully completed the Red Pyramid at Dahshur. The Red Pyramid, also known as the Northern Pyramid, is the first successful attempt in ancient Egypt to build a smooth-sided pyramid.

Rising to the sky at the height of 105 meters, this is the first Pyramid that is believed to have had a pyramidion or capstone, according to archeologists. The capstone has been uncovered and reconstructed and is on display at Dahshur.

Despite having been discovered, it remains heavily debated whether or not the capstone was used. This is mostly because its angle of inclination is very different than that of the Pyramid.

The previous three pyramids, Djoser, Meidum, and the Bent Pyramid most likely had no capstone on their summit, which is why that of the Red Pyramid marks another leap forward in pyramid design elements.

This ancient Pyramid is thought to have been built by Sneferu’s successor to the throne and son, King Khufu.

With a total volume of 2,583,283 cubic meters (91,227,778 cu ft), the Great Pyramid of Giza is the largest Pyramid in Egypt. With a total—contemporary—height of 138.8 meters, it is the tallest ancient Pyramid on Earth, although not the largest.

The lost Capstone of the Great Pyramid

The Great Pyramid was Egypt’s most perfect Pyramid, and one of the most unique ever built. Not only because of its tremendous height and volume but because of its intricate alignment and precision.

In addition to being the only eight-sided Pyramid on Earth, the Great Pyramid of Giza has an otherworldly accuracy: its base is level to within just 2.1 centimeters; the average deviation of the sides from the cardinal directions is 3’6″ of arc; the greatest difference in length of the sides is 4.4 centimeters.

Why such phenomenal precision and alignment exists remains one of the greatest enigmas surrounding the 4,500-year-old Pyramid.

Once completed, the Pyramid was cased by highly polished blocks of limestone, which made the Pyramid reflect the rays of the Sun, shining like a star.

But in addition to its countless phenomenal characteristics, its uppermost part is perhaps of most interest. The Pyramid rises perfectly towards the sky, and then stops abruptly, almost as if someone or something had cut off the Pyramid’s summit.

Today, after climbing its 203 courses or steps and reaching its summit, the Pyramid is incomplete.

Standing at its apex, we have an unforgettable view at present-day Cairo, Giza, its accompanying pyramids and the Great Sphinx. Surrounded by legends and mysteries, the oldest of the Seven Wonders of the Ancient World has always aroused astonishment and admiration. However, and above all, it has always forced us to question its very purpose.

Its missing apex causes us to question it even more.

What happened to the top of the Great Pyramid? Was it ever there? Was it destroyed? Was it stolen?

The opinions are divided.

There are those who argue that the Great Pyramid of Giza never had a specific capstone, but rather that it was built all the way to the top as its core and covered with casing.

There are others who argue that such a majestic pyramid must have had a majestic summit: a golden capstone once crowned the most astonishing Pyramid built in Egypt. This would fall in line with everything we know about the pyramids.

Curiously, at the Cairo Museum, we have a remarkably well-preserved pyramidion, inscribed, decorated and made of highly polished granite, which once belonged to the Pyramid of Ammenenhat III, of the 12th Dynasty. This has led experts to believe that many pyramids after the Third Dynasty Red Pyramid of Sneferu had a capstone in place.

Robert Bauval’s book “Secret Chamber” offers an interesting story about the whereabouts of the Pyramid’s capstone:

Originally the Great Pyramid of Khufu had its capstone in place. It was gold-plated, and on each of its four sides, a blue eye of Horus was painted. When the Sun struck the Pyramid, a beam of light was reflected from this golden blue eye that could be seen for miles around. As the epoch/6th dynasty age of Egypt came to a close, the priesthood removed the capstone and buried it secretly. No one knows where. But according to the story, it will one day be rediscovered and will be replaced on top of the Pyramid. When that day comes, a ‘new order of the ages’ will be established, which will correspond to a general spiritual reawakening. It is just a story.

What are the odds that the Great Pyramid of Giza did have a previous capstone on its apex, but it was removed in ancient times from the Pyramid and buried somewhere beneath the golden sands of Egypt?

No descriptions exist of the Pyramid, and its summit or whatever was located once there. There are no ancient texts whatsoever that mention anything about the Pyramid.

Never have we discovered an ancient papyrus or anything similar that tells us who built the Pyramid, what was its purpose, nor do we have anything that tells us how it was built. The only thing close to that is Merer’s Journal.

It is, therefore, unsurprising to find nothing about its apex. Nonetheless, the missing apex of the Pyramid has troubled scholars and visitors alike, for at least 2,000 years.

The Great Pyramids’ missing capstone remains the greatest unanswered enigma of the Pyramid.