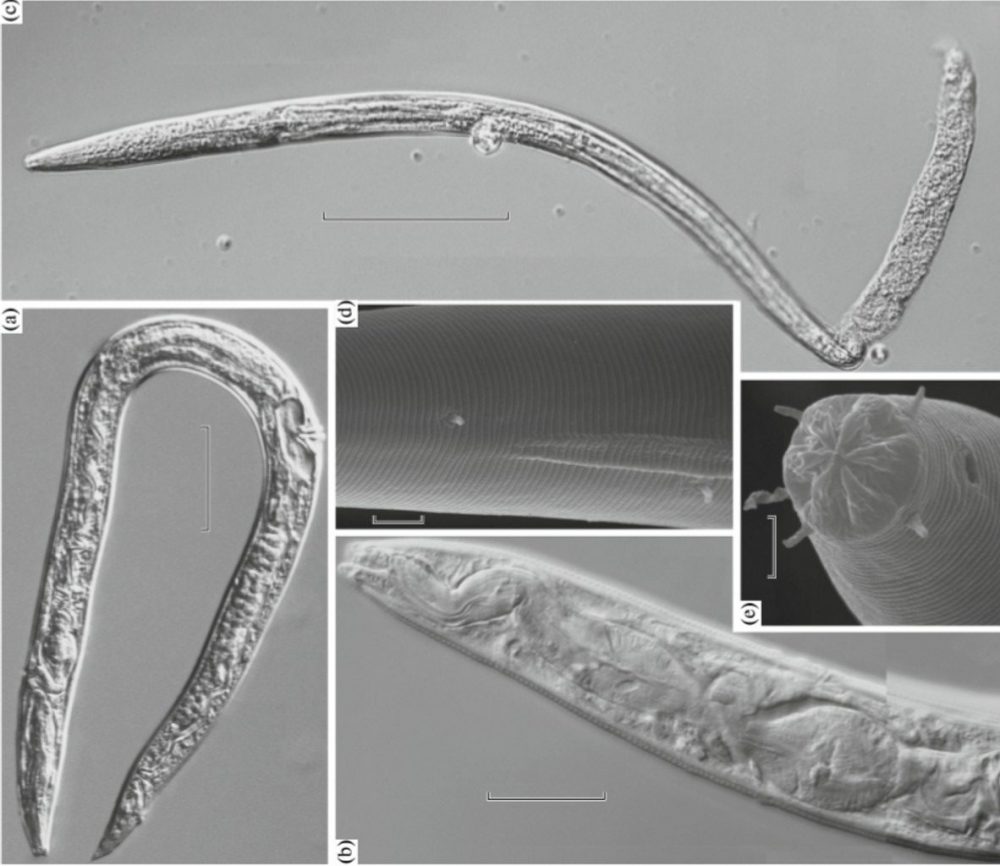 Ancient worms are brought back to life, they feed and multiply quickly. The event was truly revolutionary and no one ever thought it was possible. Now researchers are trying to figure out how it happened.

The news that Russian scientists have “thawed” ancient nematodes (roundworms) from the Siberian permafrost initially attracted attention in 2018. Then, articles describing the event appeared in Russian and foreign scientific journals. Recently, however, someone remembered the worms, the story became popular again and in 2020 got another meme: “Ha, it’s just preparation for the sequel – 2021”, and other similar quotes.

Since 2018, the nematodes have been under scientific supervision at all times. However, the discovery was a revolution in cryptobiosis and biology. Nematodes and other microscopic invertebrates, such as rotifers and tardigrades, are extremely hardy, can spend a long time in a dried or frozen state, and then return to life.

However, according to Anastasia Shatilovich, a senior researcher at the Institute of Physicochemical and Biological Problems of Soil Science at the Russian Academy of Sciences (RAS), the world had never before seen such a unique example of their ability to survive.

“But even their current record for surviving anabiosis was only about 30 to 40 years.”

The Nematodes were discovered by pure coincidence

In fact, initially, Shatilovich and her colleagues were not looking for nematodes in the permafrost. They studied communities of protists (single-celled eukaryotic organisms) that have survived millennia of cryopreservation in permafrost in Yakutia, Russia. There was nothing substantially new or surprising in unicellular living objects that have existed in anabiosis for thousands and even millions of years. In 2000, researchers discovered and revived bacterial spores that had spent 250 million years in salt crystals.

Earlier, scientists at the Pushkin Research Center managed to grow a plant from viable cells found in seeds that lay more than 30,000 years in permafrost, but no one ever thought that multicellular worms could be resurrected.

“So far, we had not received multicellular animals that have survived cryobiosis on a geological time scale. Just by chance, we received two live nematodes from two soil samples at once,” Shatilovic said.

The nematodes were not even noticed immediately. When samples of permafrost were sent to the Pushchino Laboratory, the scientists placed them in a Petri dish with a nutrient medium and observed them every few days, expecting to see ancient protists (single-celled organisms).

The suspicion that these are actually more modern worms that have crept into the samples has been refuted. Firstly, both samples in which they were found were selected by independent researchers from localities of different genesis in different regions: near the Siberian rivers Kolima and Alazeya. Second, one of the samples was taken from the well using a high sterilization method.

The first species of nematode, Panagrolaimus, was found in 32,000 years old samples. The second species, Plectus, appears in an even older specimen – 42,000 years old. Both nematodes have been identified as female.

After writing an article about this, the Russian team contacted scientists from Dresden, offering to cooperate. As a result, the worm’s DNA was sent to the German Max Planck Institute for Molecular Cell Biology and Genetics, where work began on the complete decoding of the genomes of the two nematodes.

The case of the nematodes, Shatilovic says, is entirely based on luck, because if they were revived by just one sample, scientists would question the sterility of the selection – there is always the possibility of contamination. Everything simply looked too amazing.

The unicellular organism can survive due to its adaptive properties, such as its ability to form different periods of rest – spores or cysts. But the multicellular organism has a more complex structure. Although it is known that nematodes also have a period of rest, during prolonged hibernation, damage to DNA and cell membranes can occur and accumulate in cells. Toxins can be formed that must either destroy the body or be repaired during anabiosis or after thawing. “Somehow these worms managed to survive,” Shatilovic said, describing them as “the most curious mystery.”

The full genome is set up to provide answers to a whole list of interesting questions.

How do the “troubleshooting” processes work? What adaptive mechanisms did the ancient worms have? What unique genes do they have? Have species evolved over 40,000 years? And many more.

Decoding should take almost two years – one per worm. As it turns out, one of them is triploid, which means that it has three sets of chromosomes and reproduces by parthenogenesis (asexual reproduction). The German team plans to complete genome decoding by the end of the year.

A deadly threat to humanity?

The descendants of these same nematodes are now in the collection of the Soil Cryology Laboratory, where Shatilovich works. Some of them are frozen, others dried, some are still alive and multiplying. She admits that she is often asked if dangerous microorganisms can ever be thawed with nematodes. Can something terrible be released into the ecosystem?

“As a result of the continuing thawing of the permafrost, the organisms preserved in it fall into the modern ecosystem every year, this is a natural process. We just follow nature and don’t do anything that doesn’t happen in the wild,” Shatilovic said.