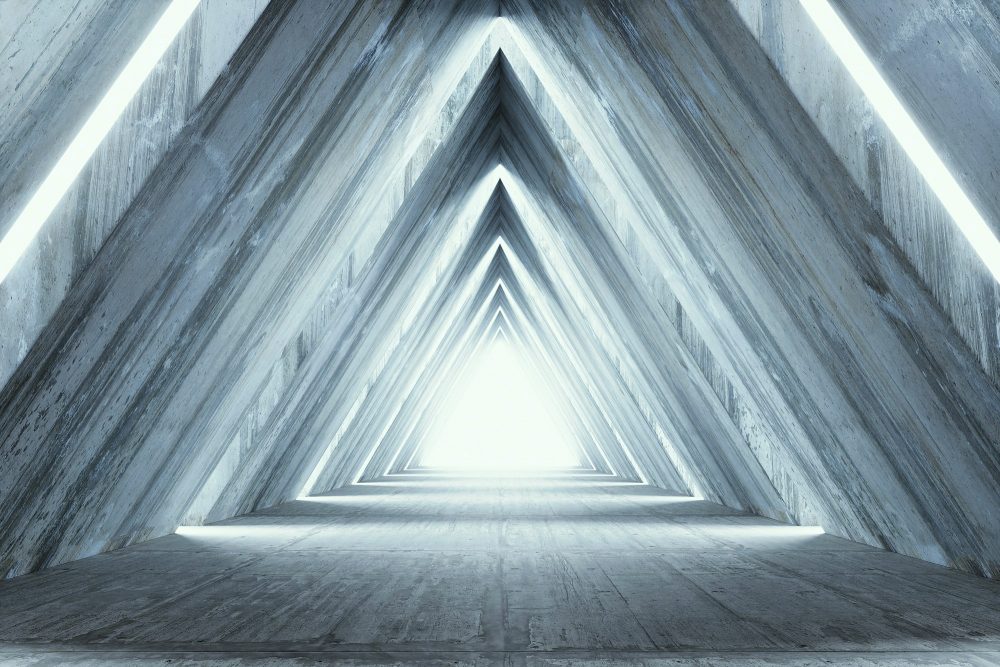 Arabic legends speak of how the ancient Egyptians were able to move stones with "levitation" when building the pyramids. The legends refer to a "magical papyrus" that was placed under some of the heavier stones; when the stones were struck with a metal rod, they would begin to float.

I am completely and utterly in love with ancient Egypt and its history. But if you ask me to pick out one thing that captivates me the most about ancient Egypt, then I’d have to choose the pyramids.

Whenever the word pyramid is mentioned, the Great Pyramid of Giza springs to mind. For millennia have travelers, scholars and explorers gazed upon the striking stone monument at the Giza plateau and asked how such a sophisticated structure was built thousands of years ago.

But the Great Pyramid of Giza is just one of the many pyramids that exist in Egypt.

In fact, some scholars have argued that there are as many as one hundred and twenty pyramids in Egypt alone, although no one can estimate how many lie hidden beneath Egypt’s golden desert.

While this may seem like a pretty big number, as far south as the Sudan, we find more than 200 pyramids, albeit not as large and sophisticated as their Egyptian counterparts. Mesoamerica numbers pyramids in the thousands.

According to mainstream experts, the pyramids—of Egypt—were built as tombs for the Pharaohs of Egypt.

They believe that the Egyptian pyramid, in its stepped form, was the result of the evolution of the mastaba tomb. Egyptologists are convinced that the earliest attempt to build a “tomb” in the pyramidal form is represented in the revolutionary architectural achievement of the Third Dynasty king Doser, and his Step Pyramid Complex located at the royal Necropolis of Saqqara.

In turn, Egyptologists say that the first true, smooth-sided pyramid can be traced back to the Fourth Dynasty rule of King Sneferu, a ruler credited with building three “great” pyramids, one at Meidum and two at Dahshur. This means that one hundred years passed from the construction of the first stone pyramid of Egypt to the construction of the fist smooth-sided one by Sneferu.

It is argued that Sneferu’s pyramids directly laid down the foundations for the construction of the Great Pyramid of Giza, a monument that Egyptologists say was built by the Fourth Dynasty King Khufu, who was the son of Sneferu.

Egyptologists say that the concept of a pyramidal is the result of centuries of experimentation and development. I believe it is not. Why? Because before Djsoer’s pyramid, we don’t have proto-pyramids or structures that hint—in any way—that someone attempted to build pyramids before.

As revealed in Ahmed Fakhry’s mouth-watering book, “The Pyramids”, the tombs of the earliest historical kings of Egypt, have been found at Abydos.

It was there,—somewhere—where Egypt’s first capital Thinis once existed. This city is lost to history, and experts have yet to find it. Abydos is home to numerous tombs—mastabas—, and evidence of structures at the site have been discovered dating back to around 3,200 BC.

Nowhere in Abydos do we have early examples of pyramids that predate the proto pyramid introduced my Djsoer’s royal architect Imhotep.

Despite an absence of previous proto pyramids, experts believe that Djoser’s revolutionary step pyramid draws ideas from several earlier structures, the most striking of which is a mastaba tomb at Saqqara, built long before Djoser’s reign.

This mastaba would have resulted in a step pyramid had its builders not left one side exposed. An issue arises when looking at pyramids as tombs because the same king often had more than one tomb. The deceased king could only be buried in one. For example, it is believed that prior to building the Step Pyramid, Djoser commissioned the construction of a Mastaba tomb. Why did he build the mastaba and the pyramid, if both were tombs?

One solution to the double tomb theory is that one structure may have acted as a cenotaph, a mere monument to honor the king.

I have discussed this in previous articles and have offered a different view at pyramids that do not involve them being tombs.

I this article, however, I cover a different subject.

I wanted to look into the possibility, theory, or hypothesis, if you will, that some form of “lost technology” was used by the builders of the Egyptian pyramids.

This technology does not necessarily have to be otherworldly, nor does it have to represent similar technology possessed by modern society.

But what if ancient civilizations possessed a different knowledge and crafted tools and technologies unknown to us today, that may have helped them build not only the pyramids but other megalithic structures throughout history?

It doesn’t and never did. It merely describes the transport of stone, and that this took place during the reign of Khufu.

For all we know, this stone may have been used to repair an already existent pyramid, and the stones may have even been used to build an entirely different monument. We can’t possibly know that from the diary itself.

I’ve read that a few decades ago, scientists visiting Tibet witnessed how Tibetan monks were able to move stones with the help of acoustic levitation. Using instruments similar to “trumpets,” hundreds of monks would supposedly gather in lines and produce a sound that would cause boulders to move.

“‘We know from the priests of the far east that they were able to lift heavy boulders up high mountains with the help of groups of various sounds… the knowledge of the various vibrations in the audio range demonstrates to a scientist of physics that a vibrating and condensed sound field can nullify the power of gravitation.”

This article explains the technique. Please keep an open mind.

In my previous article called “Lost Technology of the Ancients; What if Tools Used to Build Ancient Monuments Were Never Lost?“ I already covered some theories concerning possible tools used by ancient man to build many of the monuments we see today, and I’d like to quote a paragraph from that article because it goes hand-in-hand to what I am discussing now;

What if, for a moment, mainstream academics are wrong, and ordinary tools such as sticks, stones, were not used by the ancients? What if there were other types of tools, lost technologies, and techniques used thousands of years ago, now lost to history?

Well, there are certain indications that this may have been the case. Keep an open mind, and remember that a very thin line divides faction from fact.

Writings penned down in 147Ad by Abu Al-Hasan Ali al-Masudi make reference to Arabic legends that speak of how the ancient Egyptians were able to essentially move stones with “levitation” when building the pyramids. The legends refer to a “magical papyrus” that was placed under some of the heavier stones; when the stones were struck with a metal rod, they would begin to float. The Egyptians supposedly were able to direct and transport the stones to a targeted location with the help of a pathway that was lined with the same metal rods.

Although some may consider the use of levitation a far-fetched idea in ancient times, there are other “tools” and technologies that may have been used in ancient Egyptian times to build the pyramids.

Reference to machines that were used to build the pyramids are found in the work of the father of history, the Greek writer Herodotus.

As I have mentioned in this article, in his work “The Histories,” Herodotus explains how the pyramids of Egypt were built with “machines” that (may have) helped the builders raise the massive stones into position;

The pyramid was built in steps, battlement-wise, as it is called, or, according to others, altar-wise. After laying the stones for the base, they raised the remaining stones to their places by means of machines formed of short wooden planks. The first machine raised them from the ground to the top of the first step. On this there was another machine, which received the stone upon its arrival and conveyed it to the second step, whence a third machine advanced it still higher. Either they had as many machines as there were steps in the pyramid, or possibly they had but a single machine which, being easily moved, was transferred from tier to tier as the stone rose — both accounts are given and therefore I mention both. The upper portion of the Pyramid was finished first, then the middle and finally the part which was lowest and nearest to the ground.

Traces of these machines have never been found, and we can’t possibly know whether they even existed.

Nonetheless, and despite lacking evidence for their existence, I find it incredibly interesting that Herodotus heard of such machines and that he decided they were important enough to record in history.

Let’s say for a moment that these machines did exist. Doesn’t that then open up an entirely new possibility for other tools, techniques, and machines that may have existed in the distant past and are now lost?

What if, for the sake of argument, there were technologies, tools, and artifacts that were developed by our ancestor’s thousands of years ago and have now become lost, but that helped them build some of the most imposing and grandiose structures the world has ever seen?

When looking at history, I see a massive puzzle with no more than a few pieces put together. Despite us not seeing the entire picture, we claim to have found out everything there is to know about our ancestors and how some of the most amazing structures were built. Yet, we have the nerve to say that everything there is to know about the ancient world has already been found.

Göbekli Tepe is a site that shows us we clearly have not. Göbekli Tepe is evidence that already 12,000 years ago, ancient mankind developed sedentary societies, cities, and an economic system that allowed for the construction of great megalithic monuments.

Some 12,000 years ago, mankind had developed technologies, tools, and the necessary means to quarry, transport, and raise into positions tones that weigh 10, 20, and 50 tons.

Isn’t it time, at least for a brief moment, to accept the possibility that technologies existed in the ancient world that are beyond our current understanding?

There is conclusive evidence that 12,000 years ago, the builders of Göbekli Tepe were aware of geometry and geometrical shapes, and used these in their planning and construction of the monument. This knowledge hints at a far more advanced society than what we are being told. These people were not ordinary hunter-gatherers.