Declassified images of US U2 spy planes, taken during the Cold War in the Middle East, have revealed millenarian archeological structures that have faded over time.

By analyzing thousands of declassified images from Cold War-era U2 spy missions, scientists have discovered archaeological features like prehistoric hunting traps, 3,000-year-old irrigation canals, and hidden 60-year-old marsh villages. They also created an online tool that allows other researchers to identify and access the photos for the first time.

Emily Hammer of Penn State University and Jason Ur of Harvard University analyzed thousands of high and low-resolution images taken on U2 aircraft missions during the 50s and 60s and discovered many historical characteristics and archaeological sites, including prehistoric hunting traps dating back more than 8,000 years, 3,000-year-old irrigation canals, and villages that are no longer visible today.

Flying at more than 17,000 feet above the surface, the US U2 spy planes snapped thousands of images during the 1950s and 1960s. The photographs which were taken during this mission, code-named CHESS, were declassified by the United States in 1997. However, the data that was declassified wasn’t immediately indexed or scanned.

The study, published in the journal Advances in Archaeological Practice, is the first archaeological use of U2 spy plane imagery — and a new and exciting window into history.

“The photos provide a fascinating look at the Middle East several decades ago, showing, for example, historical Aleppo long before the massive destruction wrought in the ongoing civil war,” says Hammer, an assistant professor in Penn’s Near Eastern languages and civilizations department.

“Plus, the work and the accompanying online resources will allow other researchers to identify and access U2 photos for the first time.”

To make use of the data, Hammer and UR first had to create an index of the imagery snapped by the U2 spy planes. Firts, they selected film rolls from the National Archives’ storage center and had them transported to the aerial film section located in Maryland. They picked put film rolls of both high resolution and low-resolution frames, which were then analyzed using light. The negatives were then photographed by Hammer and Ur using a 100-millimeter macro lens.

But the process didn’t end there. They had to stitch them together, adjust them and then use software for geo-referencing.

Only then were they able to make use of the declassified images. 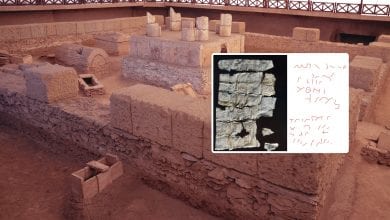