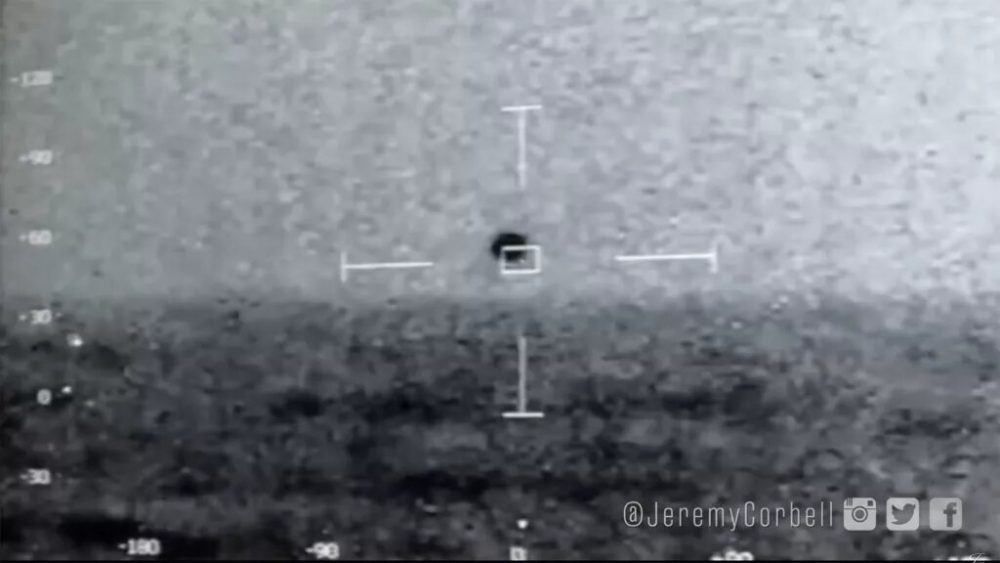 A new video showing one of many UFOs that harassed US Navy ships in 2019 has been released.

Another new video of an Unidentified Flying Object was recently released on Jeremy Corbell’s YouTube channel. The footage was filmed from a US Navy ship in 2019 and shows a UFO flying above the sea before disappearing underwater. Apparently, this was only one of at least 14 objects that were harassing the USS Omaha combat ship. The Pentagon has confirmed the authenticity of the recording.

For years, the US government has ignored reports of mysterious flying objects that have invaded the country’s airspace and have been detected by specialized tracking devices held by the military.

Recently, however, UFO videos began to be recognized as authentic. Last year, the Pentagon created a task force to investigate unidentified aerial phenomena. Their report is set to be released in June this year.

1. The video of one of the unidentified objects appears to be filmed from the monitor of the equipment that monitors certain areas or territories. On the screen, there are special identification marks, and on the horizon, you can see something that looks like a dark round blot. As you watch the video, the object is seen moving horizontally along the entire screen.

2. The footage reaches its peak of attention at the moment when the UFO moving in the air suddenly falls into the water. The original sighting was filmed on July 15, 2019, at about 11 p.m. near the coast of San Diego.

3. During the whole video, you can also hear male voices commenting on what’s happening. When the UFO fell into the sea, there is a loud exclamation saying “Wow, it splashed!”.

4. The US Navy’s radar images of the UFO showed it as a large solid ball. Their calculations revealed that it was about two meters in diameter but they have not said anything about the other objects that were reported earlier.

5. As for the speed of the captured UFO, it is said that it moved at a speed of 75 to 254 kilometers per hour although it does appear to be slower on the video.

6. The footage shared on YouTube is only a minute long but the flight of the object is said to have lasted at least an hour.

7. Once the object fell into the water, it was lost completely. The US Navy examined the site of the fall afterward and found no traces of the crash, debris, or other objects.

8. According to Jeremy Corbell, who is a well-known filmmaker and UFO enthusiast, and the one who published the video, the US Navy even used a submarine to examine the site but it also was unable to locate any remnants.

9. The footage was leaked last week while Corbell originally wrote about it on May 14 on his website. Recently, it was confirmed by Pentagon spokesperson Susan Gough in an email response to The Debrief.

10. Gough also confirmed that the UAP Task Force has included this sighting in its ongoing examinations which suggests that we can expect more details on the event in the upcoming Pentagon UFO report in June. 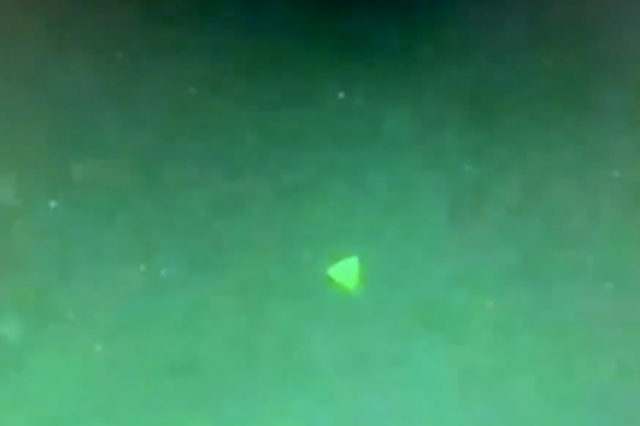