When I saw the video at first, I thought for a moment this could be real.

Millions of netizens have been fooled by an intricately made hoax video which appears to show a passenger plane spin out of control in the air, during Typhoon Mangkhut.

But despite the fact that the video is not real, and is a mixture of CGI and actual footage, millions of people around the globe have been fooled into thinking the video of the airplane spinning wildly whilst in flight, was real.

Typhoon Mankhut was one of the deadliest Typhoons to hit the Philippines in the last few years.

In fact, the destructive force of the Typhoon was so powerful, that more than 2.5million people have been evacuated in Guangdong and Hainan Island after authorities stated it was one of the most powerful storms on record.

Now, someone thought it would be a good idea to promote a hoax video of an airplane allegedly spinning out of control, struck by the powerful winds of Typhoon Mankhut.

#Shameful! There's a page on @Facebook named "Time News International" (https://t.co/O8Uhfw5iv2) which has fabricated this #fakenews related to a typhoon in #China using the CGI video made by @MeniThings
This stupid video editing has gone viral with 10M views and 155K shares. pic.twitter.com/xJInhGu5Kc

The video appeared for the first time on twitter by Times-News International and shows people allegedly getting off the plane.

The video footage allegedly shows a Dragon Airplane spinning out of control. But According to Aviation 24, its an animation and the second part of the video was obtained from an actual event that took place last month when a Beijing Capital Airlines Airbus was forced to make an emergency landing at Macau International Airport.

One of the many people fooled by the video was Strictly Come Dancing star James Jordan.

Hoping all my friends in Hong Kong are safe…. And all who have been effected by the terrifying typhoon

This pilot needs a medal or something. True hero saving everyone pic.twitter.com/PY6uFcq1s5

The fake footage was spotted by HoaxEye, a Twitter account that debunks fake news and other supernatural phenomena.

This airplane video has gone viral (again). It is work of a professional CGI artist @MeniThings https://t.co/MnUtfNsuHV pic.twitter.com/wJ7JTZjwoE

An Airplane Powered by Recycled Waste Just Flew Across the Atlantic 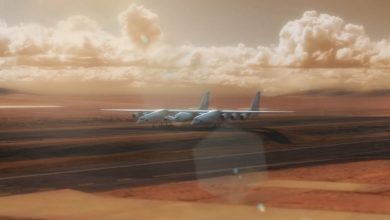 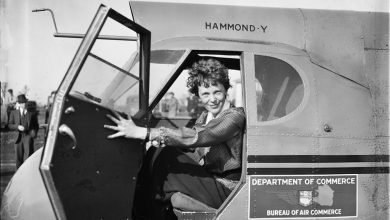