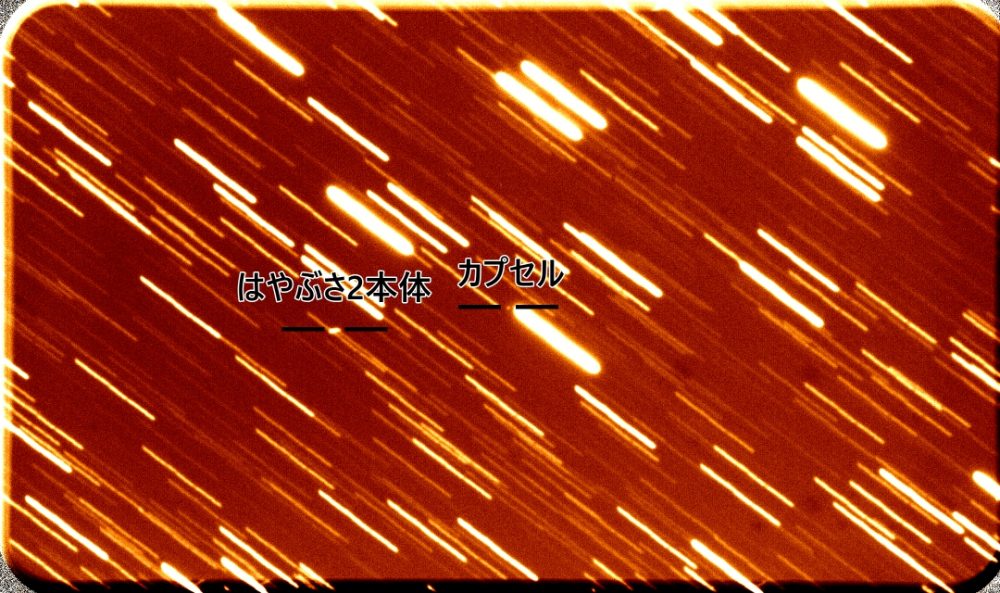 The return capsule of Hayabusa2, full of precious soil samples from asteroid Ryugu, has successfully detached from the spacecraft and is on its way back to Earth.

Although the attention of space enthusiasts is focused mainly on the Chinese mission to the moon “Chang’e 5“, this is just one of the four return interplanetary expeditions that take place in 2020. The long-awaited return to Earth of the Japanese automatic interplanetary station Hayabusa2 with samples from the asteroid Ryugu is coming today or tomorrow, depending on where you live.

I would like to remind you about the four missions specifically designed to deliver material to Earth from other objects in the Solar System, or to begin the process of delivering one:

• NASA’s Osiris-Rex (which descended and collected material from the asteroid Benu in October).

• NASA’s Perseverance (which will collect rocks from Mars for later delivery to Earth).

The Hayabusa 2 automatic interplanetary station was launched six years ago, on December 3, 2014. In July 2018, it arrived in the vicinity of Ryugu, and in the following months successfully landed on its surface. On November 13, 2019, the mission left the asteroid and began its return journey to Earth.

Early this morning, the landing capsule successfully separated from Japan’s Hayabusa2 automatic interplanetary station. The capsule is flying in the right direction to Earth and is expected to return with samples from the asteroid Ryugu later tonight.

According to the latest information from the Japanese Space Agency, the entry into the Earth’s atmosphere will be a fact around 11:28 AM CST.

The rest of the flight is passive, without performing motor maneuvers. The only critical moment is the ejection of the heat shield and the opening of the parachute during the landing, but this is quite a risky stage.

I remind readers that in 2004, the U.S. Genesis Return mission, with samples from the solar wind, did not deploy its parachute and crashed. Fortunately, the ground at the crash site was loose, the impact softened and the Genesis samples were saved.

The landing capsule will have to make a soft landing in the area of ​​Woomera base in Australia. If all goes well and it turns out that the containers contain a significant amount of rocks and dust from the asteroid, these samples would be invaluable to science.

Ryugu is from the so-called C-class asteroids, which means that its surface is made up mainly of carbon and is located at a great distance from the Sun. But scientists believe that the asteroid may also contain organic matter, remnants of the birth of the solar system.

Thus, by studying the samples from Ryugu that arrive on Earth this weekend, researchers will look for answers to one of the most exciting questions: How did life on our planet come about?

Meanwhile, the mother ship Hayabusa2 has successfully performed maneuvers to move away from Earth and will fly past our planet at a safe distance. It will continue its exploration journey to two other asteroid targets in the next decade before returning back to Earth again.

Here is a link to the official Youtube Mission Control Live which will broadcast the entire landing.

• Howell, E. (2020, December 04). Japan is bringing pieces of an asteroid to Earth this weekend. Here’s how to watch online. Retrieved December 05, 2020, from https://www.space.com/japan-hayabusa2-asteroid-sample-return-webcasts