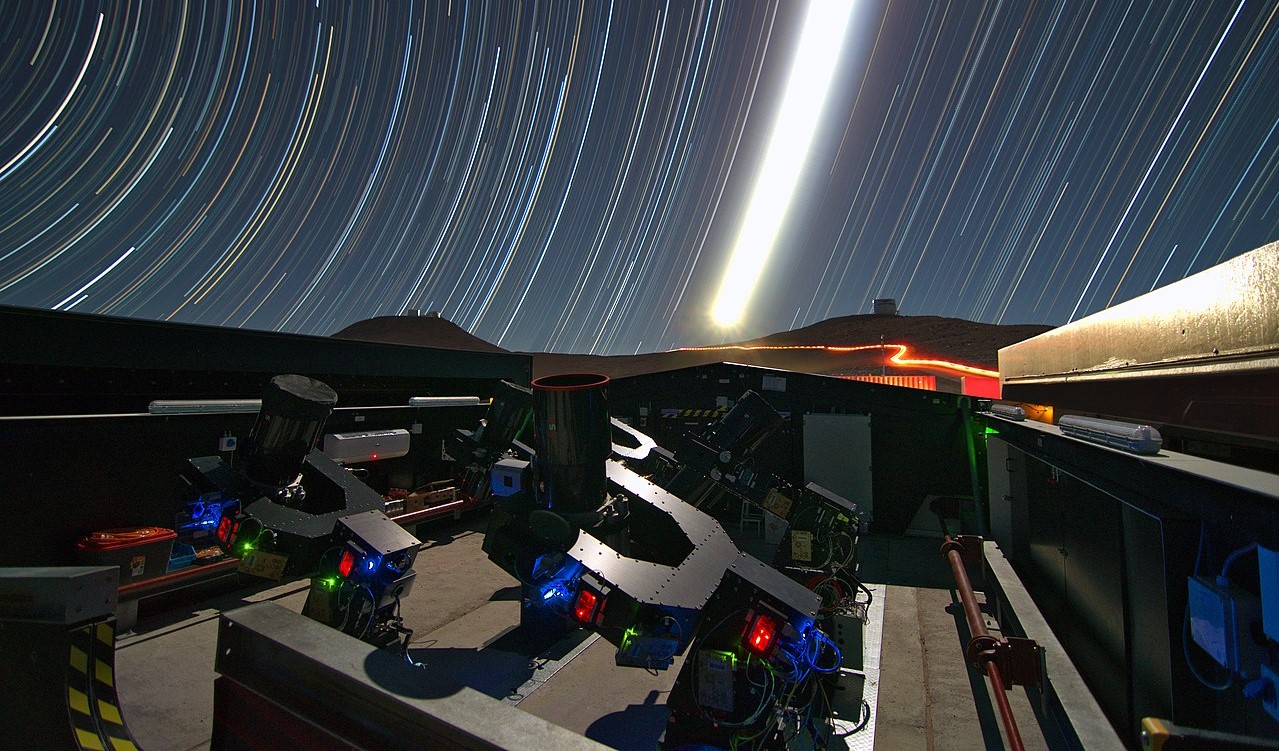 Help scientists find planets, asteroids, and protoplanetary disks around stars in the comfort of your home.

With dozens of ground and space-based observatories, astronomers cannot cope with the accumulation of data that is being collected each year. This is why we often hear about discoveries that were made from really old data years after the original observations.

In order to analyze the endless archives, astronomers have been launching various citizen science projects that allow anyone with a computer to participate. The latest of these projects is the Planet Hunters Next-Generation Transit Search.

NGTS (The Next-Generation Transit Survey) is a ground-based system of twelve robotic wide-angle 20cm telescopes located in Chile and launched in 2015. Its main task is to search for exoplanets around red dwarfs, which make up most of the stars in the Milky Way, using the transit method. The results of the observations should help scientists understand what types of planets are most often found in our galaxy.

A group of astronomers led by Peter Wheatley of the University of Warwick has launched the new Planet Hunters Next-Generation Transit Search project based on the world’s largest citizen science portal Zooniverse. The goal of thе project is to analyze the light curves of various stars observed by NGTS and to search for periodic events of stellar brightness decrease due to the passage of exoplanets through their disks. The primary processing of light curves is carried out automatically, but the programs are able to skip transits and sometimes give false alarms.

Anyone who has a computer and Internet access can take part and find new exoplanets. Getting started requires registration and training, after which you can start analyzing the light curves, marked as potential transits, from the archived data accumulated over five years of observations. As a result, scientists may be able to discover previously unknown exoplanets.

Apart from the search for new exoplanets, there is another curious citizen science project – Active Asteroids, which aims to find new active asteroids. It was also launched on the science portal Zooniverse by a group of scientists led by Colin Orion Chandler of Northern Arizona University. The project participants analyze images taken since 2012 by the DECam camera installed on the 4-meter Victor Blanco Telescope at the Cerro Tololo International Observatory in Chile.

To get started, you need to register and familiarize yourself with the rules, after which you can start analyzing images for the presence of a cometary tail or coma in some objects that have been photographed.

After checking the results of the work by scientists, all found interesting candidates are additionally observed using ground-based telescopes to confirm their activity. The results of the citizen science project will not only have scientific value but will also help in training neural networks that will be used to analyze images of future ground and space observatories.

If not exoplanets or asteroids, why don’t you try to find something else? Last year, an old successful citizen science project was relaunched – Disk Detective. Within the framework of this research, anyone can take part in the search for circumstellar or protoplanetary disks around the stars of the Milky Way.

The Disk Detective project was launched in January 2014 on the citizen science portal Zooniverse. It is the largest of its kind ever supported by NASA and is being led by a team of astronomers led by Steven Silverberg of the Massachusetts Institute of Technology. His task was to search for discs around newly formed or young stars, which give themselves out with an intense glow in the infrared range.

Since its launch, the citizen science project has already made a significant contribution to science. In July 2020, the project was relaunched, the website was updated and a new data catalog was uploaded, which contains images of about 150,000 Milky Way objects, most of which are red and brown dwarfs. Anyone with Internet access can take part in the project.

The aim of the work is to analyze images obtained by the WISE space infrared telescope and ground-based surveys of Pan-STARRS and 2MASS, using them, participants need to find objects that look like disks around stars and are not galaxies or nebulae. Then the results of the project are transmitted to professional astronomers, while any of the participants can later become a co-author of a scientific article written based on the results of data analysis.