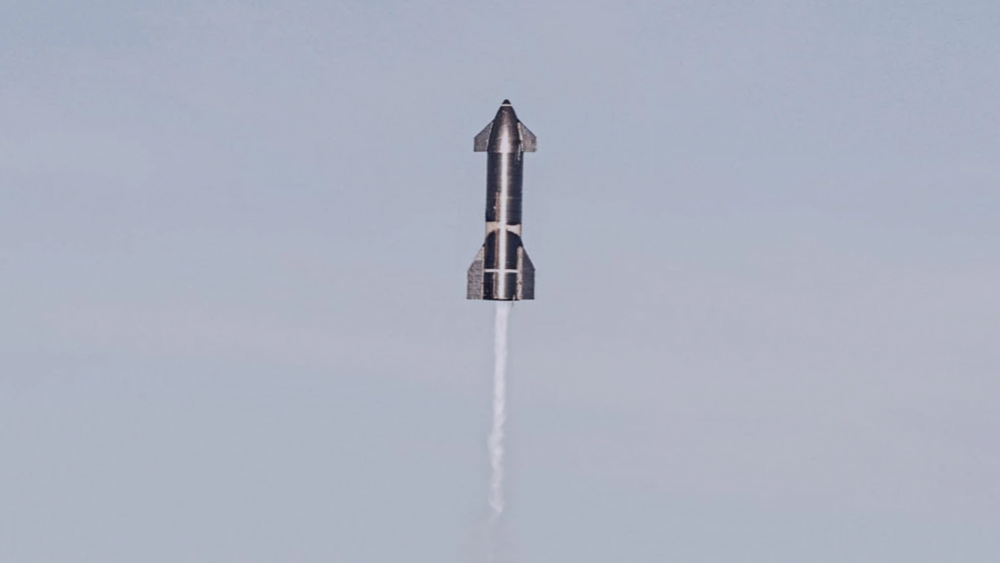 Although the test flight finalized in a massive fireball as the rocket exploded, the test mission was a success.

However, low pressure in the fuel header tank during landing caused the ship to be unable to slow down, resulting in a hard–explosive–landing.

Although the starship prototype exploded, the test flight was successful.

Although the brand-new SpaceX interplanetary rocket–which is set to take mankind eventually to Mars–burst into flames as it attempted to land, the test flight was a success offering a plethora of data that will help make the rocket safer.

The 6.5-minute flight launched from Boca Chica, Texas, was stable until the landing attempt when the spacecraft failed to slow down, video images provided by SpaceX showed.

The impact of the unmanned rocket engulfed the landing site in a cloud of orange flames. But despite the catastrophic explosion, the test flight did more good than wrong by offering a plethora of new data to scientists who use it to make the rocket better, safer, and even cooler.

Commenting on the test flight on his Twitter account, Tesla and SpaceX CEO Elon Musk explained that the explosion was caused due to the fuel header tank pressure being too low during landing burn.

“Fuel header tank pressure was low during landing burn, causing touchdown velocity to be high & RUD, but we got all the data we needed! Congrats SpaceX team hell yeah!!,” Musk wrote on Twitter.

Fuel header tank pressure was low during landing burn, causing touchdown velocity to be high & RUD, but we got all the data we needed! Congrats SpaceX team hell yeah!!

The rocket’s explosion may not come as a surprise. Musk himself predicted the low odds of the mission being a total success. In fact, prior to taking off, Musk had predicted only a third chance of success for the initial flight of SN8, Space Exploration Technologies Corp’s futuristic design prototype.

The company has made steady progress over the past year on prototype Starship at its Texas facility reports Bloomberg.

The spacecraft was attempting to reach an altitude of about 12,500 meters in the test, also the first flight of SpaceX’s new Raptor engine.

SpaceX was also collecting data on how the vehicle could flip over and steer toward a controlled landing similar to the process for the company’s Falcon 9 system.

SpaceX is developing Starship to get people and cargo to the Moon, Mars, and other distant destinations.

The transportation system consists of two elements, both designed to be completely reusable: a 50-meter stainless steel spacecraft called the Starship and a giant rocket called the Super Heavy reports Space.com.

Although “Starship” looks very futuristic and different from anything we are accustomed to seeing, the final version of the spacecraft will sport six Raptor engines and will be powerful to launch from the moon and Mars.

However, we will need a Super Heavy to escape from Earth’s much deeper gravity well. (Super Heavy, which will be powered by about 30 Raptors, will land back on Earth shortly after launching Starship into orbit.)

SpaceX is iterating towards the final Starship design through a series of prototypes, three of which have already soared into the sky. But the three vehicles, known as the Starhopper, SN5, and SN6, had only one Raptor and reached a maximum altitude of about 150 meters in their tests.

Needless to say, SpaceX is reaching into the future with its futuristic spaceships, which will eventually take mankind to the stars.