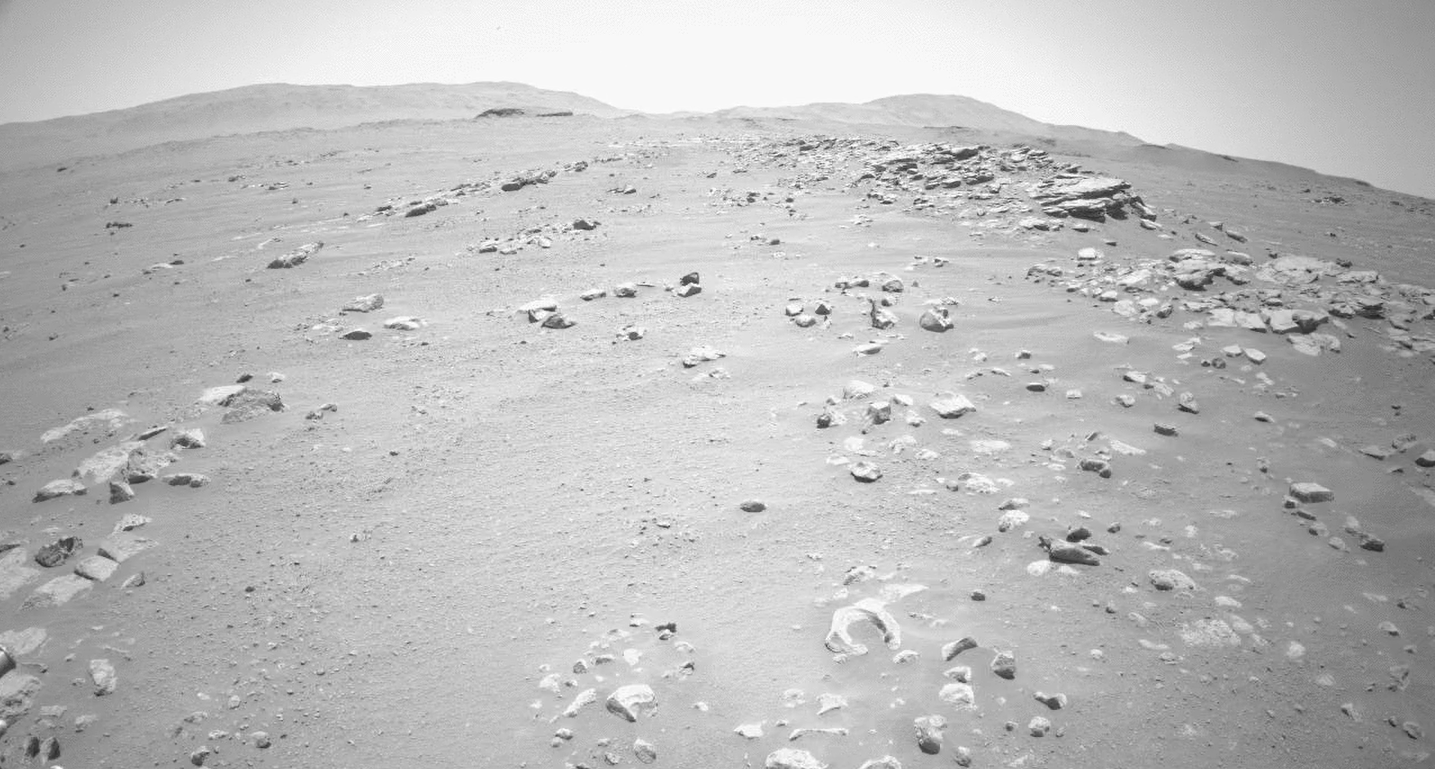 See NASA's rover driving autonomously across 150 meters on the surface of Mars.

Did you know that NASA’s Perseverance rover on Mars has an auto-navigation system that allows it to plan its route without help from the mission control team here on Earth?

The agency released a 28-second video that shows the rover driving 167 meters on the surface of the Red Planet completely autonomously.

The AutoNav system helps the rover to calculate the safest route on the surface of Mars based on a 3D map of the surrounding terrain.

In order for the technology to operate, mission control sets up several commands that navigate the rover for the first few meters.

This allows Perseverance to map the surrounding terrain before it begins using the auto-navigation system. With this data, the system gets all the necessary information that is used for planning the safest available path to the pre-assigned destination.

In the video, you can see the rover drive 167 meters on September 12, 2021. This was a special day for the rover since it marked the 200th Martian day since the beginning of the mission.

The video was created from a large number of images captured by the navigation cameras on the rover. We see a 28-second video but in reality, the drive has been sped up around 200 times. According to the press release, there are roughly 30 seconds between each frame we see.

Scientific mission of the Perseverance rover and achievements to date

Perseverance is the first spacecraft on Mars with a task to collect and store soil samples for subsequent delivery to Earth. All previous missions included the study of soil on the Red Planet itself with no plans for a return mission.

The Mars Sample Return Mission is currently being developed by NASA and ESA and has been planned for the early 2030s. Although there is another decade to wait until such a mission arrives on Mars, Perseverance has already begun collecting samples.

In early August, Perseverance tried to obtain a soil sample for the first time but failed because the intended rocks were too fragile. The rover then looked for harder boulders and found a 70-centimeter flat rock called Rochette. It is speculated that it may be a piece of basalt rock that has interacted with water in the past.

On September 1, 2021, Perseverance finally received its first soil sample, and on September 7, it completed the coring process, sealed the test tube with soil, and moved it to storage inside the rover.

Following the success of the first sampling session, the rover team decided to take another sample from this boulder, and on September 9 announced the completion of drilling, coring, and sealing of the second tube. The whole process took one Martian day and went without any problems.

In the future, the rover will continue to explore the Artuby Ridge, more than 900 meters long, where scientists expect to find outcrops of very ancient bedrock.