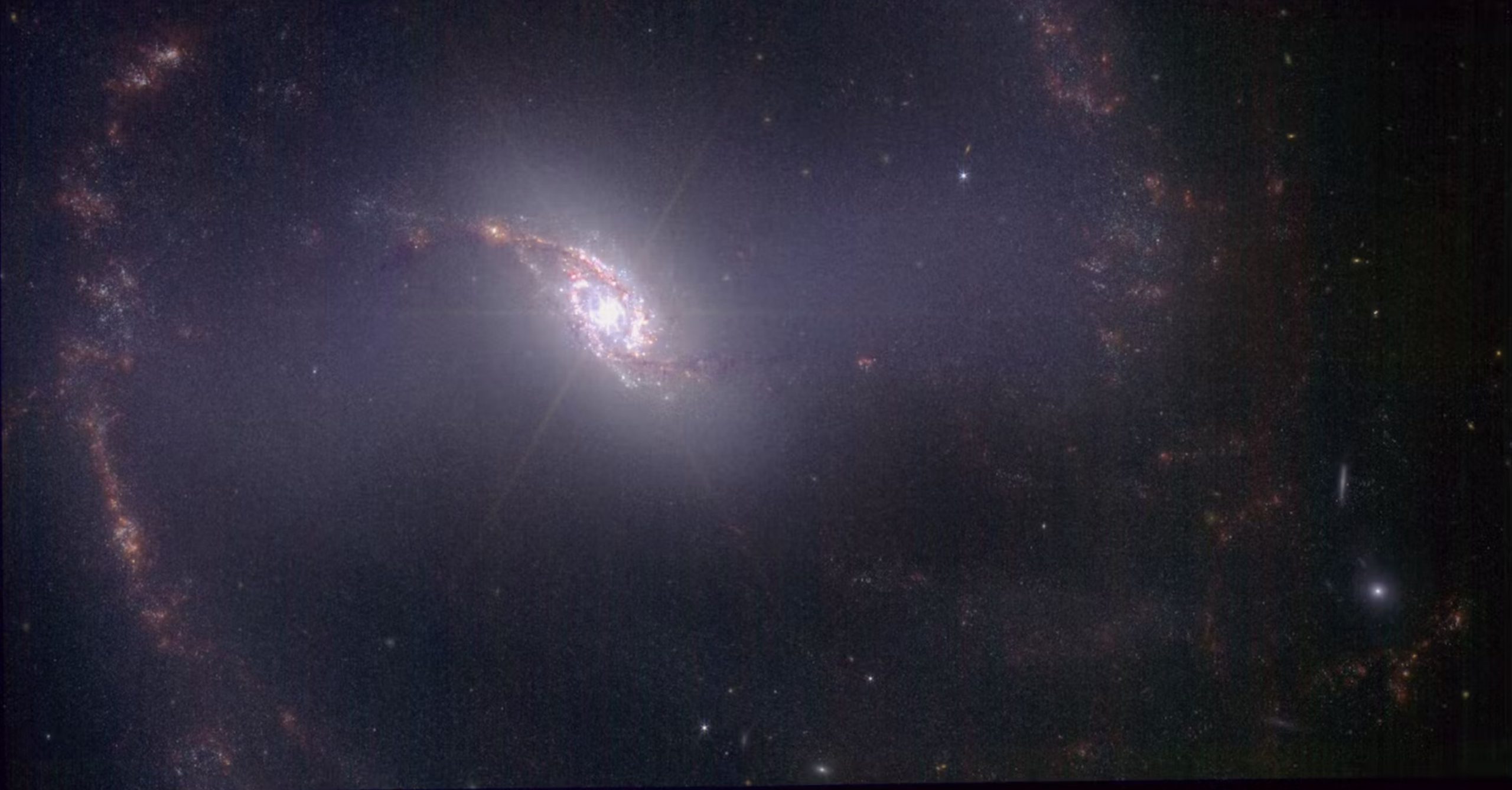 Despite claims that the James Webb Observations have disproven the Big Bang, this is not true. Nevertheless, they do show certain inconsistencies.

James Webb is a wonder of engineering and science. It is the most sophisticated telescope we have ever built, changing the way we see the universe. It has produced some of the most spectacular images of the universe, revealing galaxies that we did not know even existed. It also produced stunning images of our planets in the solar system, enabling experts better to understand the cosmic bodies in our solar system.

The state-of-the-art telescope has produced some seriously fascinating photographs of galaxies and stars. Since it delivered its first official images in July of 2022, scientists have made many discoveries.

Now, there’s a rumor that the James Webb Telescope has disproven the Big Bang.

Big Bang is a really misleading name given to the expanding universe we observe. As we look into the universe, we see an infinite expansion. This name refers to an explosion at a particular time and place.

There is no center to the universe. The Big Bang was not a single event but rather a process taking place in time. This is evident since 1) galaxies are rushing away from each other, not from a central point, and 2) the universe has been uniformly heated since early times.

Was the Big Bang disproven by JWST?

The short story is NO.

Despite certain popular articles claiming the opposite, recent observations by the James Webb Space Telescope have not disproved the big bang.

Why would the new Webb data suggest that the big bang is incorrect or did not happen –or is happening? Hubble gave us similar data years ago. There are two common beliefs that support the big bang: that the universe contains a cosmic background of microwave radiation and that distant galaxies have a higher redshift than closer ones.

Redshift is an important concept for astronomers. By stretching the wavelength of the light, it is shifted towards the red portion of the spectrum, which is the literal definition of the term.

But let us get back to the initial two points.

First, the universe seems to be expanding in all directions, while second, it may once have been very hot and dense.

Moreover, the early universe appeared to have had an abundance of elements.

For astronomers, these three points are crucial data to support the existence of the Big Bang.

Three is more, however. Observations like these are just the building blocks of the big bang theory. The LCDM  (Lambda cold dark matter) model, also known as the standard model of cosmology, has long since been built upon these foundations.

According to the theory, the universe began with the big bang, contains matter, dark matter, and dark energy, and was “born” from the big bang.

According to our understanding of the cosmos so far, everything from cosmic expansion acceleration to clustering of galaxies supports this standard model. Also, the standard model predicts the results of other observational tests, which proves its validity. It’s here that the latest “big bust” claims come into play.

Galaxy surface brightness should be roughly the same for every galaxy in the universe since bigger galaxies should be brighter.

Tolman Test and what it means

Galaxies at a greater distance would appear dimmer, but their apparent size would be smaller, so their surface brightness would remain the same. A static, non-expanding universe should have the same surface brightness regardless of distance, according to the Tolman test.

The reality is quite different. The surface brightness of galaxies further away is dimmer than those closer to us. Moreover, there is a relationship between the amount of dimming and the amount of redshift in the galaxy.

Here is where it gets a bit more interesting.

Using the Tolman test, we can predict that galaxies will dim proportionally to both their redshift and distance as the universe expands. The effects of redshift are the only ones we see.

According to some, light spontaneously loses energy as it travels through the universe. A well-known theory among big bang opponents is the so-called tired light hypothesis, and we will return to it in a moment further in the article.

In this scenario, light is tired, and the universe is static, so the Tolman test accurately predicts what we observe. Therefore, one would assume no big bang occurred.

All the fuss about Webb disproving the Big Bang can be traced to a paper published in 2014 by Eric Lerner et al. Similarly, in 2014, there was a fuss in newspapers and magazines.

Due to the cosmic microwave background, we know tired light is incorrect.

In addition, as noted by Universe Today, distant galaxies would appear blurry, and the most distant supernovae wouldn’t be time-dilated by cosmic expansion.

All evidence points to the big bang as the only model to explain everything. Lerner’s argument holds no water.

But there is still a bit of mystery because now, with Webb, we can peer into the past as never before.

So, what has Webb discovered that’s unusual as it peered into the vastness of space?

Among other things, it has found more galaxies and more distant galaxies than expected, which could change our standard model drastically.

As we currently understand it, the universe underwent a period known as the dark ages after the big bang. In this period, the first stars and galaxies had not yet formed, and the first light of the cosmos had faded.
With its high sensitivity, Webb can detect some of the youngest galaxies that formed just after the dark ages.

It would be expected that the galaxies of the young age would be fewer in number and less developed than those of a later age. Nevertheless, Webb’s observations have discovered surprisingly mature galaxies that are very redshifted and very young.