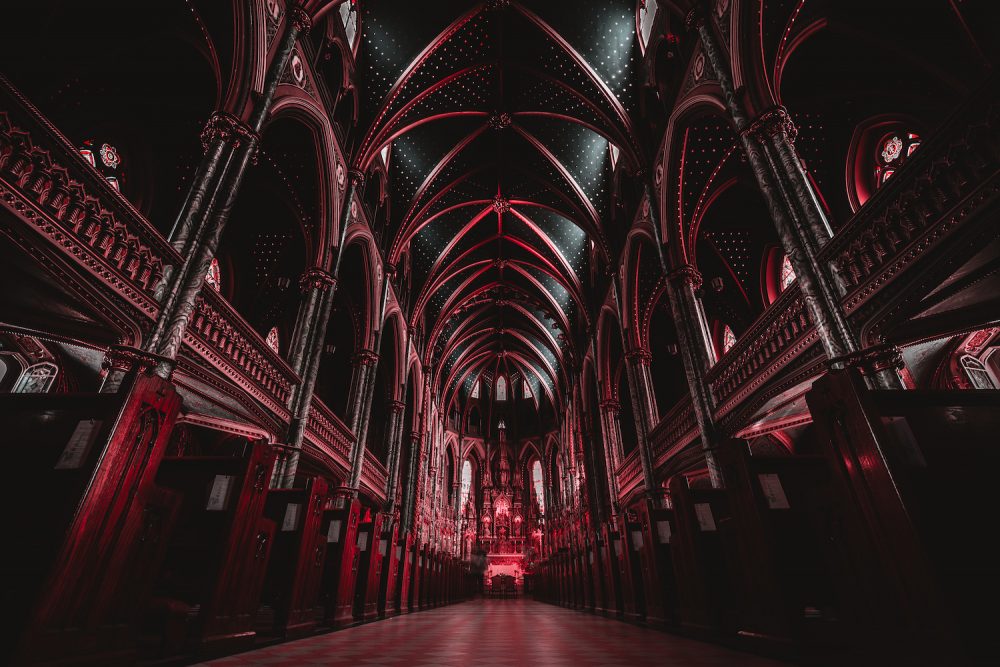 According to Fulcanelli, Nicolas Flamel's legendary Philosopher's Stone is hidden in one of the secret chambers of Notre-Dame de Paris.

Cathédrale Notre is one of the most famous landmarks in Paris; it was constructed in 1345. It is a medieval Catholic cathedral on the Île de la Cité in the 4th arrondissement of Paris. The cathedral was dedicated to the Virgin Mary and considered to be one of the finest examples of French Gothic architecture.

The structure mysteriously caught fire in 2019, which caused immense damage to the building. Quite a lot of people were left heartbroken as Notre Dame is full of rich, vibrant, and peculiar history. The walls of Norte Dame started multiple debates amid history enthusiasts as they depict an intriguing tale.

Multiple scholars claim that the cathedral is full of informative carvings. The cathedral itself is known as the book in stone by many individuals all over the globe. In around 1926, an anonymous volume hit the Parisian occult underworld. The book contained extensive information regarding Notre Dame’s link with alchemy and ancient powers. The book was titled Le Mystère des cathédrales or the Mystery of the Cathedrals.

Quite a lot of people wanted to meet the writer who composed this masterpiece. However, they never found the person who compiled all the information regarding the cathedrals of Paris.

The locals of Paris eventually discovered that the book was written by an author called Fulcanelli. His book heavily impacted the world and was named a literary miracle as it contained mind-boggling information about the gothic cathedral of Paris. The book, however, remained utterly unknown outside of French occult and famous alchemical circles.

Fulcanelli is not the only one who tried to shed some light on the ancient walls of Notre Dame de Paris. Multiple authors came forth with similar claims and theories. Quite a lot of them claim that there are secret messages on the walls and entranceways of Notre-Dame, and most of them depict the existence of alchemy and ancient powers.

Fulcanelli’s book, in general, suggests importance far beyond the antiquarian idea that the cathedrals were designed as alchemical texts. To understand the actual purpose of Notre Dame’s existence, one must first understand Fulcanelli and his masterpiece.

No one truly knows who this person is. Some people claim that he was a French author who studied ancient alchemy throughout his life. He was the one who originally spotted various symbols and messages on the walls of Notre Dame and other significant cathedrals. We have no idea how he managed to accumulate such extensive information regarding the ancient walls of various cathedrals.

His work and ideas gave a new perspective to modern-day experts and history enthusiasts. Quite a lot of people went to search the philosopher’s stone in Cathédrale Notre-Dame de Paris. They returned empty-handed, though. They could not find Nicolas Flamel‘s legendary stone that Fulcanelli claimed to be hidden in one of the secret chambers of Notre Dame.

Gothic art on the walls of Notre Dame De Paris:

According to Fulcanelli, Gothic art can be described as the art of light or the spirit. The author claimed that Rabelais’ Gargantua and Pantagruel was written in the secret or code language. In Le Mystère des cathédrales, he also mentioned a great deal about Tiresias, the Greek seer who shared the secrets of Olympus.

As per ancient accounts, Tiresias was taught the language of the birds by Athena, the goddess of wisdom. Moreover, Fulcanelli claims that gothic art is a kind of ancient magic. Mortals must decode the engravings in order to find an accurate answer.

How many of you have read J. K Rowling’s Harry Potter series? I am certain most of you must have gone through the series at least once as it’s considered a modern-day classic. The first book is about a special stone that resurrects the dead and gives immense power to the bearer.

There’s a real-life Philosopher’s Stone, though. According to the tales that surround the Parisian communities, Nicolas Flamel was a French manuscript seller who somehow stumbled upon a unique yet powerful stone. After his death, he acquired a reputation as an alchemist believed to have found the Philosopher’s Stone.

As per multiple ancient accounts, the said stone is somewhere in the Notre Dame. One must decipher the secret messages written on the walls of the cathedral to obtain the stone. Stories claim that the Philosopher’s Stone can turn ordinary metals such as iron, tin, lead, zinc, nickel, or copper into precious metals like gold and silver.

It can also give special powers to its bearer. Quite a lot of people have tried finding the stone in the cathedral. None could interpret the messages carved on the walls of Notre Dame.

As stated above, Notre Dame holds significance in Parisian culture. It is also known as the bell tower of Paris and is over 857 years old. History enthusiasts are still waiting for someone to decipher the codes and language of Cathédrale Notre-Dame de Paris.