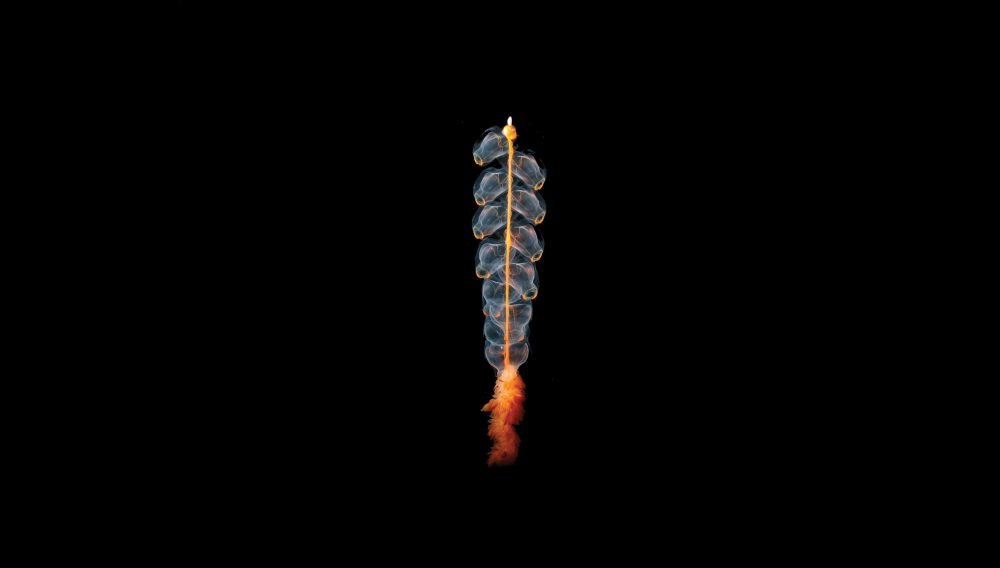 The said animal or underwater creature is over 150-foot-long.

Underwater explorers spotted a UFO-like creature in the western Australian waters back at the beginning of 2020. Multiple people, including underwater researchers, contemplated if it was a creature from Earth or something older than the Cretaceous period altogether.

The said animal or underwater creature is over 150-foot-long. The exact length is still unknown, but it was a wild guess and certain studies that suggested the number. The Australian explores were utterly astonished when they initially spotted it as it looked like a UFO spiral. Long and stringy; it mainly feasts on the small underwater creatures.

The recently discovered creature is basically a colony of siphonophore; every single siphonophore is made up of various tiny zooids, which each live lives that are more similar to animals we are used to. However, they remain connected to a larger colony.

1) Siphonophores are more like jellyfish; they feed by hanging stinging tentacles in the water. Tiny crustaceans and fish unfortunate enough to swim into this veil of tentacles are instantly paralyzed and rolled up to the body of the colony. Brutal, isn’t it?

2) The newly discovered creature is about twice as long as multiple blue whales, and three times as long as a humpback whale, which generally grows 50 feet long.

3) The siphonophores are predators, and that means this is an extremely lethal creature.

4) Generally, siphonophores reside in the deepest level of the sea, they rarely come to the top. The creature that was discovered was spread like a spiral; it was just one long string.

5) Siphonophores generally have different tasks assigned to them; some feed for the colony while others take care of reproduction. They work as one massive family.

6) The methods of reproduction for siphonophores differ amid the different species, and to this day, various actual methods remain unknown.

8) Siphonophores are the members of Cnidaria; there are over 175 species of siphonophores discovered as yet.

This is an unusual discovery. The marine experts could not believe their eyes when they spotted the said creature; it looked stunning to them. The water bodies present on planet Earth have not been fully discovered as yet. There must be other extraordinary creatures present in the depths of the waters. None can determine if the said creature is new or millions of years old. It could be, to be honest. Anything is possible when we’re talking about science or wildlife in general.

Moreover, it was unwise at that particular time to manually examine the creature because as I have mentioned before, the siphonophores are predators. A creature as massive as this one can kill an ordinary human in an instant. The scientists are working on it though. Also, the marine experts discovered 30 new species in the western Australian waters, and they firmly believe that there must be more. The depths are not fully discovered as yet.