Traveling faster than the speed of light may be possible but not with the current models known to physics.

Physicists theoretically analyzed the possibility of creating a warp drive – a hypothetical object that allows you to travel at near- and superluminal apparent speeds (from the point of view of an external observer) due to the distortion of space-time around the traveler.

It turned out that, in contrast to superluminal flights, for travel with a subluminal speed, the shell of such an apparatus can be made of ordinary matter. At the same time, the ship’s acceleration mechanisms and the large mass required by the shell are still problematic issues.

Where does the term Warp Drive originate from and what does it mean?

At the end of the last century, physicist Miguel Alcubierre from the University of Wales, inspired by the plot of the series “Star Trek”, described a theoretical model of travel with apparent superluminal speed, which does not require the use of wormholes.

His idea was to create a kind of bubble that surrounds the spacecraft, compressing space-time in front of the spacecraft and stretching out behind. From the point of view of an outside observer, such manipulations may appear to be superluminal flight.

The first moments of the universe’s life were accompanied by a rapid expansion of space, and the distance between the points increased as if they were flying away with superluminal speeds, although the physical speeds of bodies were less than light.

Alexey Bobrick and Gianni Martire of the New York Laboratory for Applied Prospective Propulsion Physics generalized the Alcubierre warp drive idea to a wider class of space-time distortions than the scientist originally proposed.

In the extended model, the authors divided the space into three areas – asymptotically flat outer (that is, practically undistorted at a great distance from the ship), curved – the shell of the vehicle, and flat inner – space for the ship itself and passengers.

At the same time, physicists limited themselves to considering shells that are symmetric about the axis of motion of the apparatus and are stationary from the point of view of an observer in the inner region, that is, they demanded the existence of a global frame of reference for the rest of the shell.

The researchers focused their attention on a subclass of warp engines, in which the shell moves at subluminal apparent speed (up to which it is in principle possible to accelerate ordinary matter) and which allows the existence of motionless physical observers (that is, material bodies, and not just formally resting points) in the inner region.

For spherically symmetric distortions of space-time, scientists calculated the required energy density based on the parameters of the curvature.

It turned out that sublight warp drives allow not only negative but also positive energy density – which means that, in principle, they can be made from the matter we are accustomed to.

In this case, for an observer, time inside the ship will flow more slowly than in a frame of reference that moves outside the shell at the same speed. However, for a shell with a mass of the order of the Earth’s mass and a radius of 10 meters, the deceleration will be only hundredths of a percent – that is, in a year, the internal and external time will differ by only a few hours.

In addition, the authors found a way to reduce the total energy of the ship for a model with axial symmetry at a fixed speed – for this they proposed to make the shell flatten in the direction of travel.

According to calculations, a reduction in the longitudinal size of the ship will lead to a directly proportional (by the same factor) change in its total energy. This could facilitate the creation of warp drives based on matter with negative energy density – a flattened ship would need less exotic material.

How can we achieve that?

It can be assumed that some hypothetical particle is already moving faster than light but it is impossible to accelerate this particle from the usual sublight speed to the required superluminal speed. The shell of a warp drive is also a material object, and for it, like for any other body, the same reasoning is valid – and it will not be possible to accelerate the superluminal warp drives by the methods known to physics.

There were rumors that such technologies were already in development but in May 2015, NASA denied rumors about the development of a warp drive. 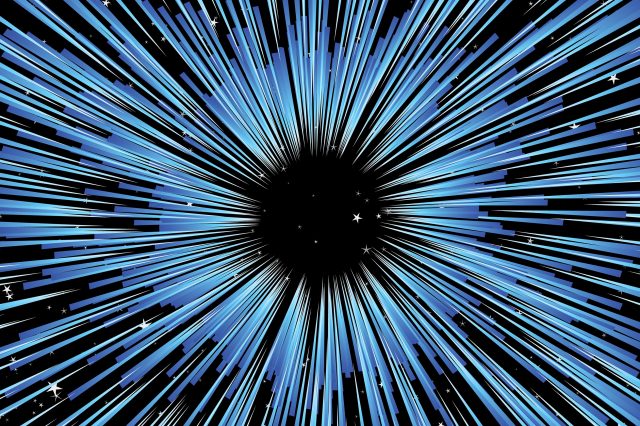