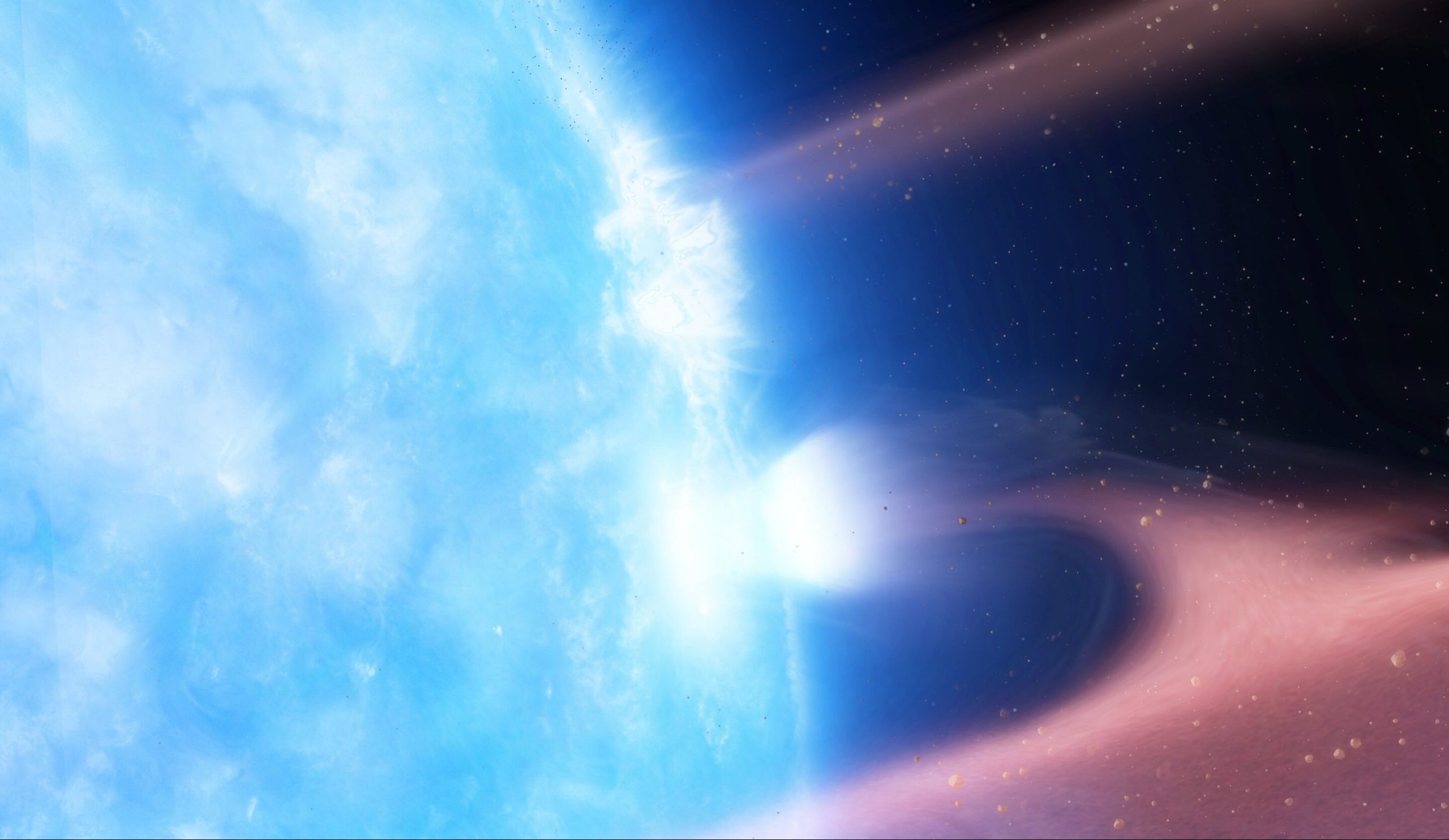 Astronomers measured the rate of accretion of detrital material onto a white dwarf, which pollutes its atmosphere with heavy elements.

For the first time, they confirmed the existence of this physical mechanism and also determined that in the case of a low accretion rate, matter collides directly with the dwarf’s photosphere.

What are white dwarfs?

White dwarfs are the result of the evolution of stars with masses up to 8-11 solar masses. Usually, such compact objects have an atmosphere consisting only of hydrogen or helium, since heavy elements quickly settle into the deep layers of the dwarf.

Nevertheless, today it is known that 25-50 percent of white dwarfs in the atmosphere have various elements heavier than hydrogen and helium (metal contamination), which is explained by the continued accretion of detrital material, planetesimals, asteroids, comets, or planets onto the object destroyed by tidal forces.

At the same time, estimates of the accretion rate and composition of bodies that fall on a dwarf depend strongly on models of diffusion and mixing processes in the atmosphere of a white dwarf, and heavy elements in the photospheres of dwarfs can be considered only indirect evidence of the accretion process.

A team of astronomers led by Tim Cunningham of the University of Warwick has published the results of an analysis of Chandra Space Telescope observations of the white dwarf G29-38, which is one of the 100 closest objects of this type to the Sun, studied in a number of electromagnetic wavebands. It has a mass of 0.6 solar masses and an effective temperature of 11.5–12 thousand kelvins. The observations were carried out in the quantum energy range from 0.5 to 7 kiloelectronvolts.

An excess of infrared radiation previously recorded from G29-38, and trace amounts of heavy elements found in its hydrogen atmosphere, according to scientists, point to accretion of matter onto the object from a compact disk of dust and debris formed as a result of the asteroid’s tidal destruction.

It is assumed that the accretion process must be accompanied by intense heating of the matter incident on the dwarf, which will cause the generation of X-rays. A similar effect was observed in the case of stars in binary systems but was not recorded for dwarfs accreting detrital material.

X-rays and accretion rate of matter

As a result, scientists registered X-rays from G29–38 with a static significance of 4.4 sigmas. The accretion rate of matter onto the white dwarf was estimated at 1.63×10 9 grams per second. This value is independent of models of the stellar atmosphere, is higher than earlier estimates, and is the first time that the instantaneous accretion rate of a white dwarf consuming detrital material has been directly measured.

The measured plasma temperature was 0.5 kiloelectronvolts, which is much lower than that of white dwarfs accreting matter from companion stars. It is assumed that in the case of G29–38 the density of matter incident on it is insufficient to form a shock wave over the star’s photosphere, and the matter collides directly with the white dwarf, bombarding it. 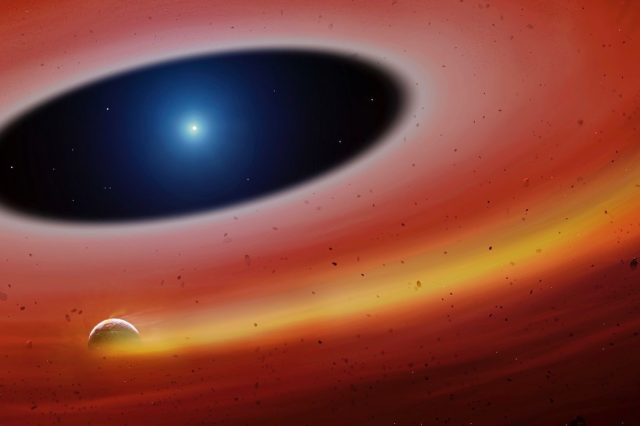 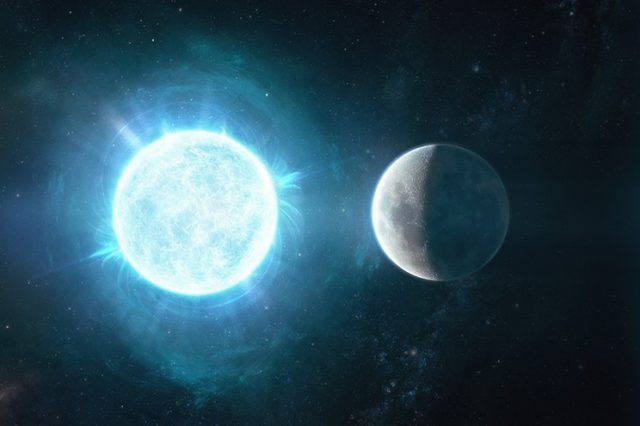