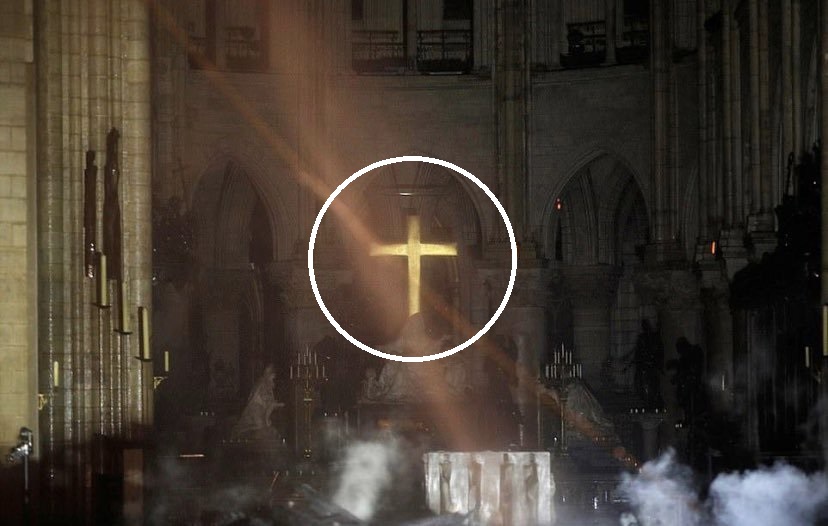 "After all the aftermath and destruction of the Notre Dame fire, the alter and cross remained untouched. Please explain to me how you don’t believe in God after seeing this."

The Fire that nearly consumed the Cathedral of Notre Dame was a global tragedy. No matter whether you are religious or not, it is difficult and sad to see a structure, home to several centuries of history nearly burn to the ground.

And while the cause of the fire remains an enigma, the people of France are already planning to reconstruct the cathedral, and return the historic building back to its deserved glory.

But the fire that broke out and nearly consumed the cathedral has given the internet a lot to talk about.

One woman had claimed that in the midst of the massive fire, she saw a silhouette of Jesus. Many people agreed while others said it was just pareidolia. 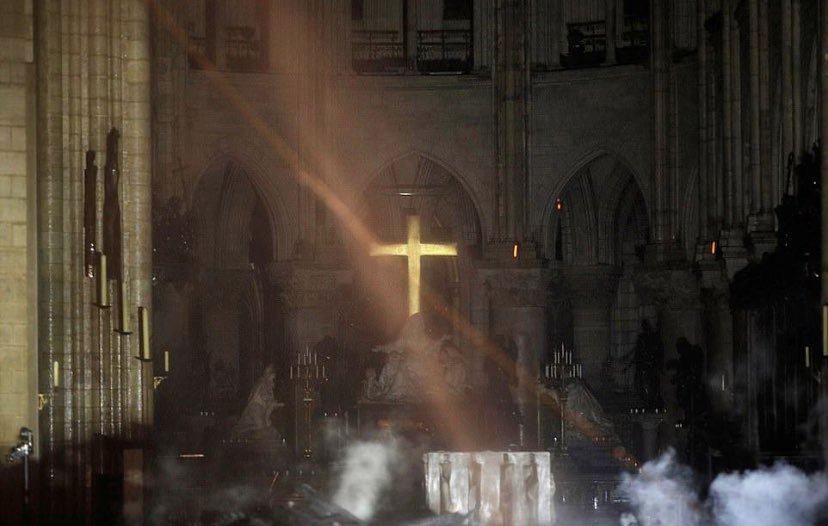 Then, science kicked in, and netizens went to Twitter to explain how melting points work.

The woman went to Twitter posting an image showing the Notre Dame aftermath, and in the middle of destruction, the Golden Cross on the Cathedral’s altar shining in the background, remaining largely untouched.

She wrote on Twitter: “After all the aftermath and destruction of the Notre Dame fire, the altar and cross remained untouched. Please explain to me how you don’t believe in God after seeing this.” 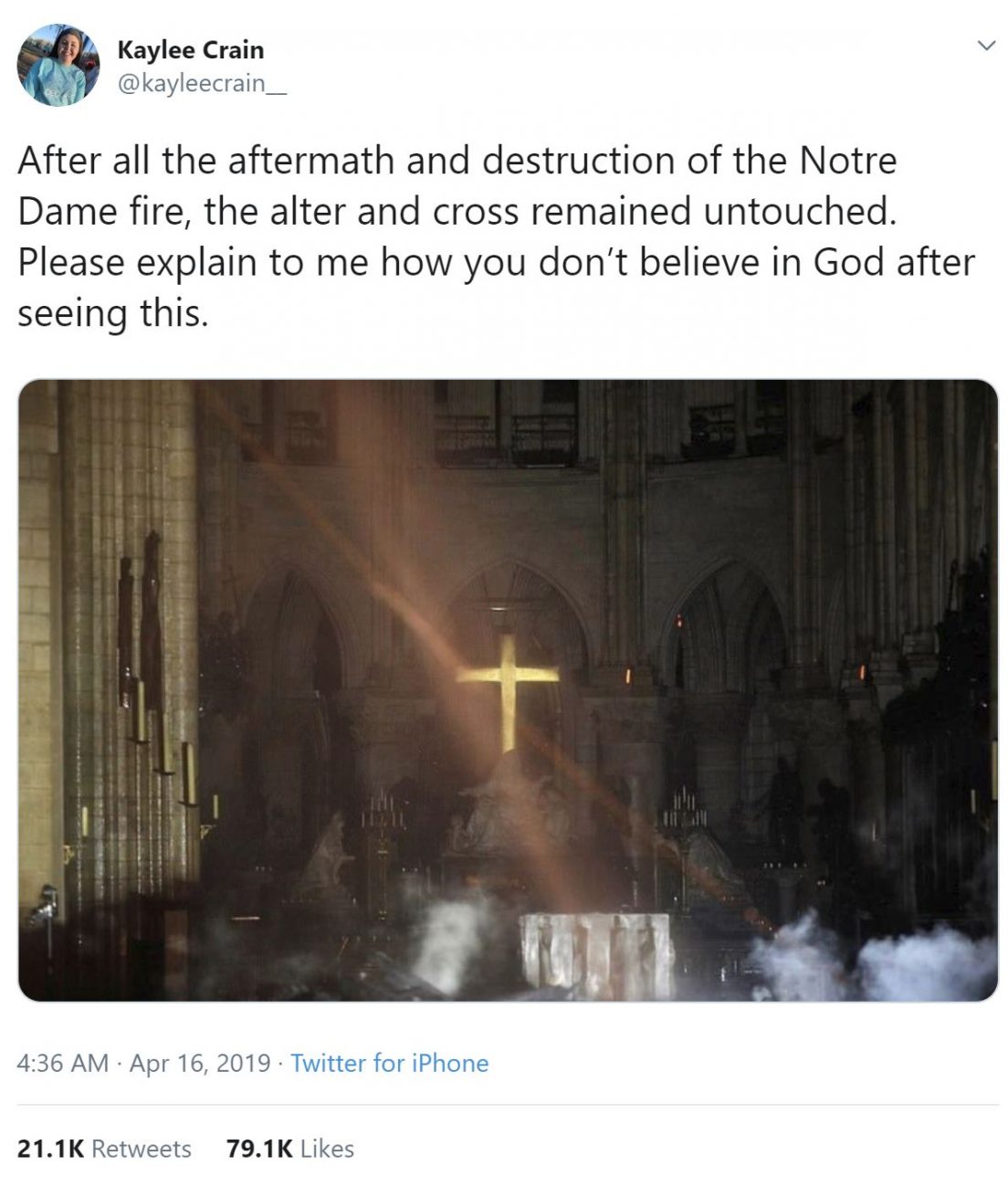 And while this message may bring hope to some people, Twitter users rushed to explain why the cross remained untouched; and that the temperature of the fire simply wasn’t hot enough to melt Gold.

One of the first accounts to answer was Alternative NOAA, suggesting the woman should actually start a science experiment to see why the cross did not burn down. 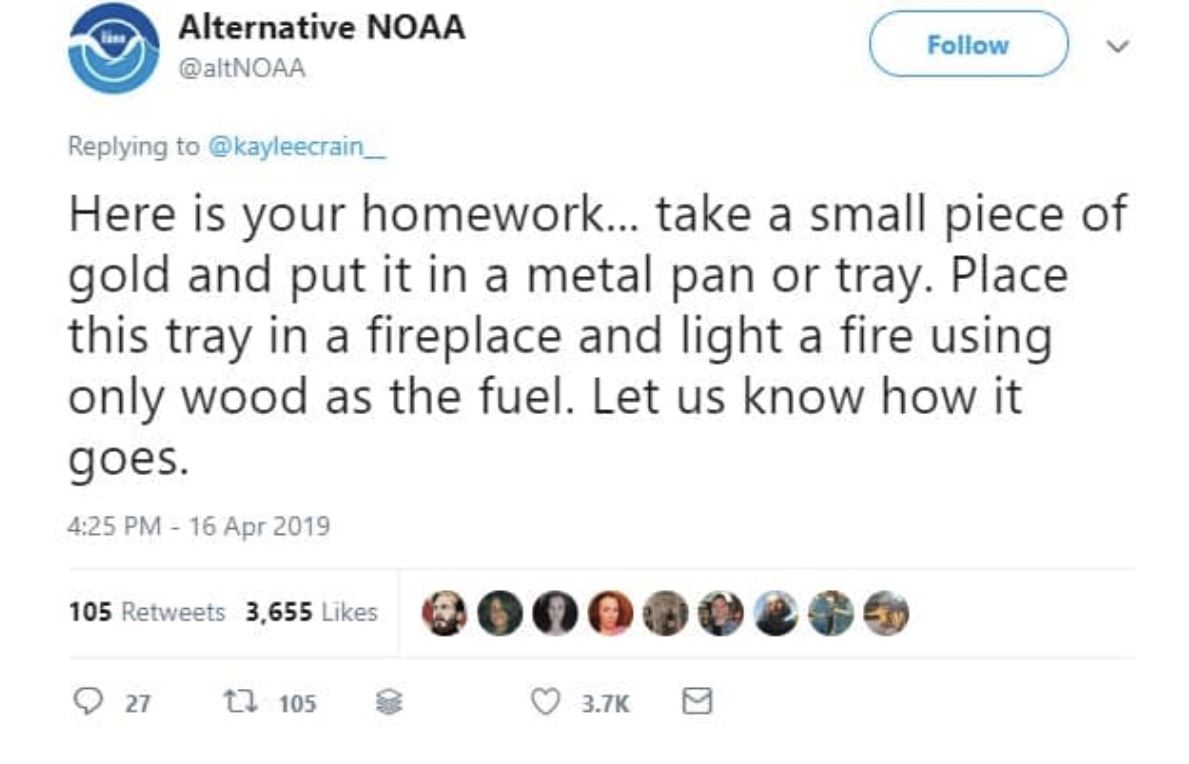 Others decided to explain that a fire at roughly 600 degrees Celsius can’t actually melt metal which has a 1064 Degrees Celsius melting point. 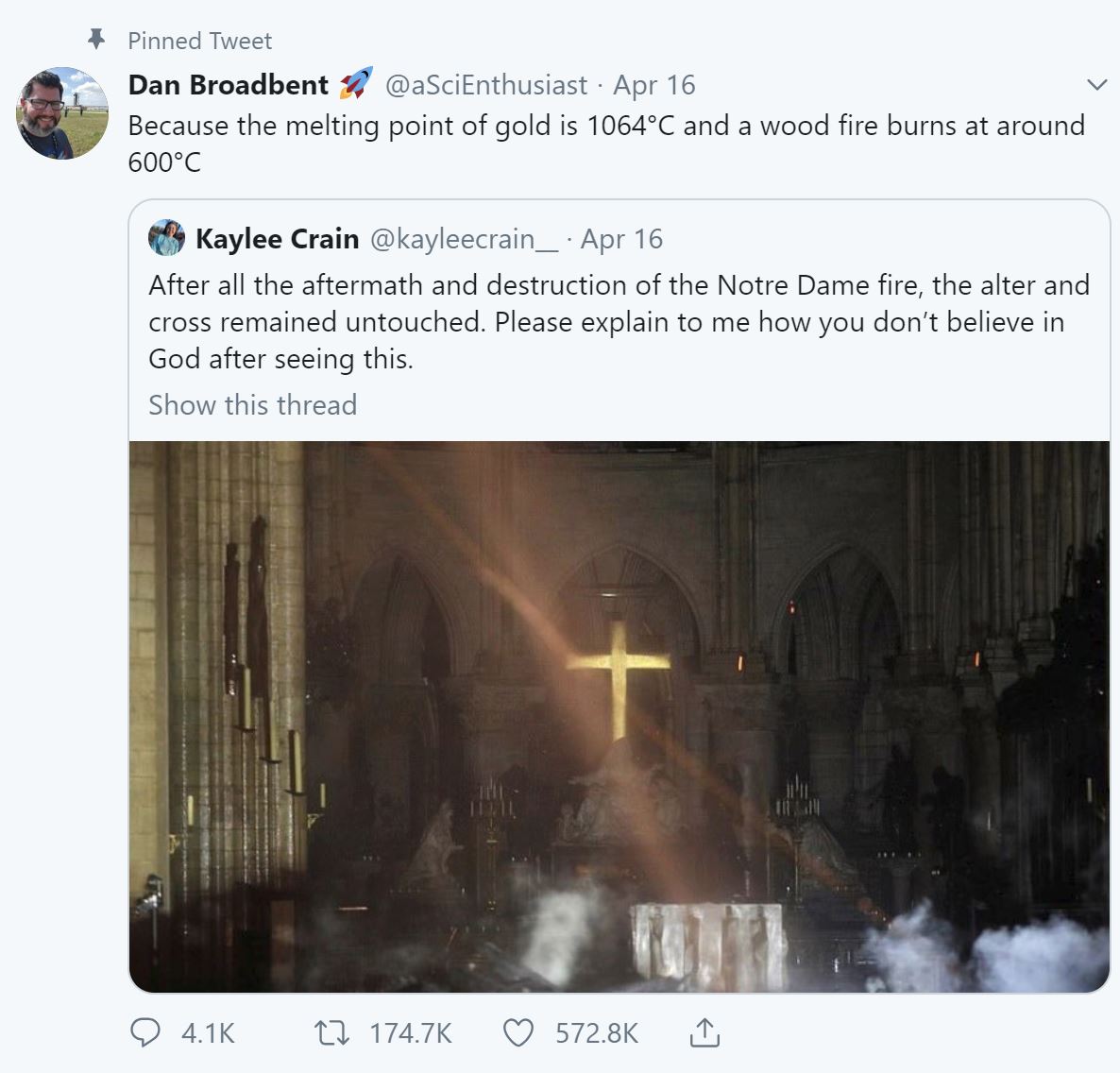 Despite this, the Cathedral remains standing mostly thanks to the massive effort of more than 400 firefighters, an unmanned robotic firefighter, and some serious balls by Parisian firefighters who risked their lives to save a piece of history.

The plethora of artifacts from inside the Cathedral have been saved and moved to safety.

It remains unclear as to how much time will be needed to rebuild and repair the massive damage caused by the fire, but some experts argue it will be a decade long project.